(Minghui.org) Today's news from China includes incidents of persecution that took place in 7 cities or counties in 4 provinces, where at least 9 practitioners were recently persecuted for their belief. 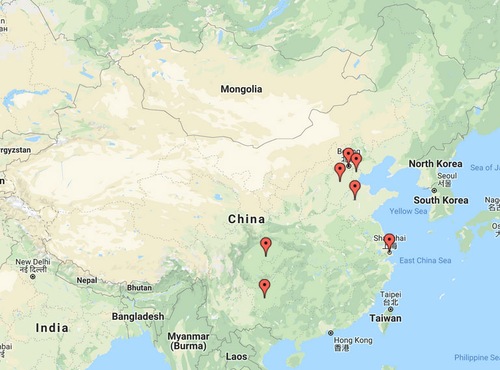 Ms. Liu Yuzhen was arrested and had her home ransacked in April 2018 for talking to people about the persecution of Falun Gong. In January 2019, she was sentenced to a three-year prison term, in addition to the time she'd already spent in detention. Her family was later informed of her sentence.

Ms. Wang Xinling, a retired teacher, was arrested by officers from the local Domestic Security Division on April 10, 2019, for talking to people about the persecution of Falun Gong. She was taken to a hospital for a physical exam that afternoon and is now in the Xigu Detention Center.

Mr. Bu Guangyang, in his 50s, is a teacher at the Zhongxin Elementary School in Changshaoying Township, Huairou District. He was arrested in early March 2019 for talking to students about the persecution of Falun Gong and is now being held in the Huairou Detention Center.

The police ransacked their homes and confiscated Falun Gong books, pictures of the founder of Falun Gong, several volumes of Minghui Weekly, and other personal items. The practitioners were released the following day.

Ms. Chen Caihua was arrested by five or six officers from the Gaoping Police Department on April 11, 2019. They ransacked her home and confiscated several U disks, Falun Gong books, and computers. The police took her home that afternoon.

Mr. Wang Chengdong was arrested by officers from the Lushandao Police Station in the Hedong District on April 10, 2019.

Ms. Zhang Liping was arrested and had her home ransacked several days ago.

“My Family Believes in Dafa after Witnessing Amazing Recoveries”