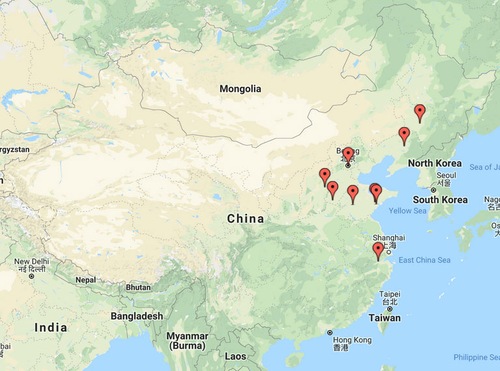 Several agents and officers from the Gaomi 610 Office, Domestic Security Division, and the Jiangzhuang Police Station arrested practitioners in Xinzhuang Village on the morning of March 12, 2019. It is known that Ms. Cai Yuxia was among those arrested arrested. Her computer, printer, and Falun Gong books were confiscated.

Ms. Li Shouyan was imprisoned in the Seventh Ward of the Shenyang Women's Prison. She and others in her squad were forced to sit on a narrow board for a prolonged period of time, a painful form of corporal punishment, on March 5, 2019 because she did the Falun Gong exercises.

Ms. Geng Shemei of Bokou Township, Wei County was arrested by officers from the Nanshuangmiao Township Police Station for talking to people about the persecution of Falun Gong on the afternoon of March 12, 2019. She was subjected to 15 days of administrative detention and taken to the Wei County Detention Center.

Ms. Su Xiuying of Shanglaozhuang Village, Dongping County was arrested at home on the evening of March 7, 2019. Her home was ransacked. She was taken to the Wali Detention Center in Liangshan County that night, and released on March 13, 2019.

Ms. Cui Shuzhen, 66, from Yantai City, Shandong Province, is helping take care of her grandchild in her daughter's home in Hangzhou City. She was arrested on the afternoon of March 12, 2019 when she was handing out Falun Gong pamphlets in the Hangzhou Supermarket.

Ms. Zhou Minglan was arrested by the Ligezhuang police on March 10, 2019 when she was talking to people about the persecution of Falun Gong in Huangjiatun Village, Ligezhuang. She was taken to the Pudong Detention Center in Jimo City on March 11, 2019.

Mr. Huang Luyong, 65, was arrested when he was working in his vegetable field with his wife and son on March 5, 2019 by officers from the Mulin Police Station and Shunyi District Domestic Security Division. His home was ransacked and Falun Gong books were confiscated. Mr. Huang is being held at the Nihe Detention Center in the Shunyi District.

Ms. Yang Erbian and Ms. Jia Baoling were arrested by officers from the Yangquan City Development Zone Police Department and the Wanglong Police Station on the morning of March 12, 2019 for distributing information about Falun Gong.

The officers ransacked Ms. Yang's home, then went to Ms. Jia's home with agents from the Residential Committee and the Women's Association, as well as several reporters. They ransacked the place and took videos.

Ms. Yang and Ms. Jia were taken to the Yangquan City Detention Center that day.

“Displaying the Qualities of a Dafa Practitioner”