(Minghui.org) Today's news from China includes incidents of persecution that took place in 3 cities or counties in 2 provinces, where at least 4 practitioners were recently persecuted for their belief. 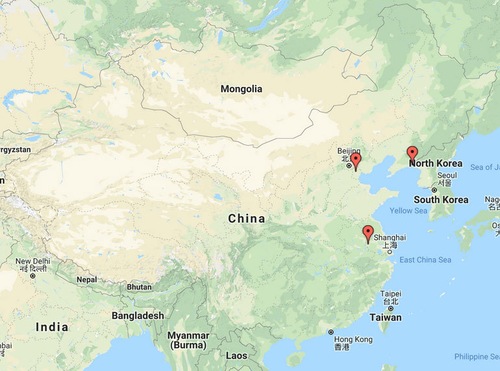 The director of Yuelong Town Police Station in the Ninghe District went to Ms. Sun Yuping's home in Yuelong Village with other officers on February 26, 2019. They arrested her and ransacked the place.

Ms. Yang Yuhuan, 70, from the Xiangyizijun Residential Community, Pukou High-tech Zone, was arrested on September 11, 2018. Jia, head of the Jiangbei New Area Domestic Security Division, and officers from the Yanjiang Police Station ransacked her home and confiscated Falun Dafa books, a computer, and other electrical devices.

Ms. Yang was taken to the Pukou Detention Center. She was officially placed under arrest by the Procuratorate in early November 2018.

Jia led officers from the Domestic Security Division and Yanggou Street Police Station to the home of Ms. Yang's youngest daughter Ms. Yang Linwei in the Puyuancun Residential Community in late September 2018. They ransacked the place, and tried to arrest Ms. Yang Linwei. However, she managed to escape and became displaced.

Ms. Mo Yaqin, 72, from Wulongbei Town was arrested by officers from the Dandong City Police Department and the local police station on the morning of December 11, 2018, for talking to people about Falun Gong. Her bag was torn apart, and over 300 yuan in paper bills with Falun Gong information printed on them were confiscated. The groceries she bought were thrown to the ground.

The officers took Ms. Mo's house keys, went to her home, and ransacked the place. They confiscated over 40 copies of Falun Gong books and a photo of the founder of Falun Gong.

Ms. Mo was detained for 15 days before being officially placed under arrest by the Zhen'an District Procuratorate. Her case has been turned over to the Procuratorate.