(Minghui.org) During the last week of January, the six touring companies of Shen Yun Performing Arts presented their all-new 2019 program to cities across the United States, the United Kingdom, and Japan. 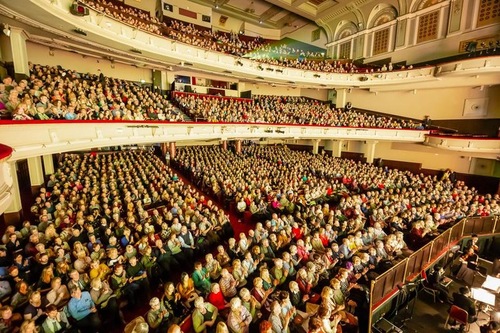 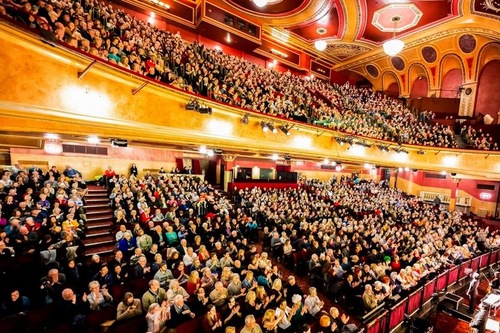 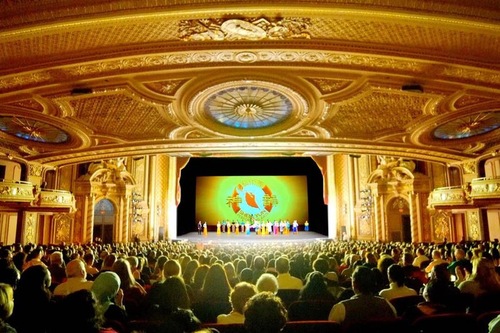 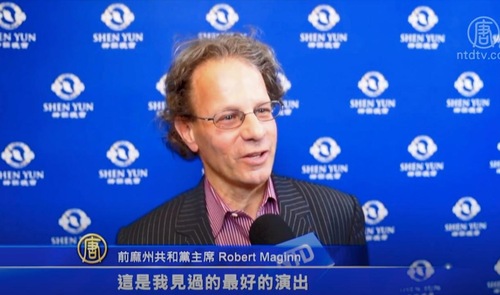 Robert Maginn, CEO of software company Jenzabar and former Chairman of the Massachusetts Republican Party, at the Shen Yun performance in Boston on January 27, 2019

“The best I’ve ever seen,” said Robert Maginn, the CEO of software company Jenzabar and the former Chairman of the Massachusetts Republican Party.

“The message, the music, the choreography, the dance, the costumes, and set design—it was so good. They brought ancient values back into modern times.

“There was a message. The fact that we’re all divine beings, God is in all of us, and that we have a right to worship God.

“I wish them all the blessings of heaven and that they will continue to grow and thrive in all that they do,” Mr. Maginn said.

“The Standard Is Very, Very High” 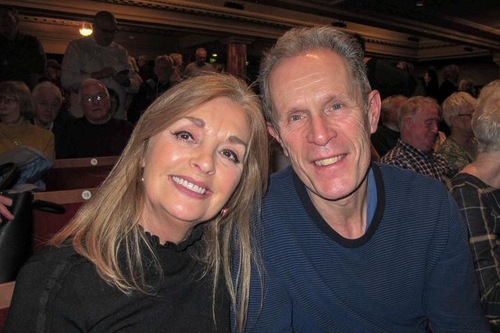 Blair Jenkins, Officer of the Order of the British Empire (OBE) and former Director of Broadcasting at Scottish Television, and his friend Carol Sinclair at the Edinburgh Playhouse in Scotland on January 25, 2019

“The standard is very, very high... Enjoyable just as a spectacle,” said Blair Jenkins, an Officer of the Order of the British Empire and the former Director of Broadcasting at Scottish Television.

“The production values are very high and the staging is really good,” he added.

“It’s a magnificent art form to bring back that culture and to share with people and help people understand it. This is the perfect vehicle for that. It’s really commendable,” said Carol Sinclair, Mr. Jenkins' companion. 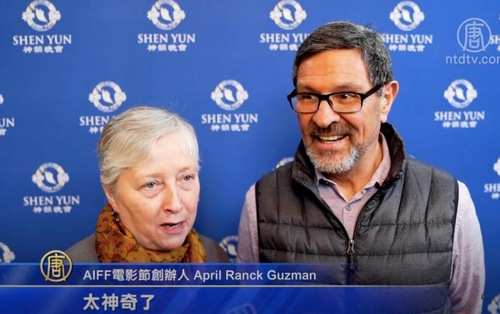 “We loved the performance... It’s so wonderful to be able to see this, the traditions... Very meaningful,” she said. 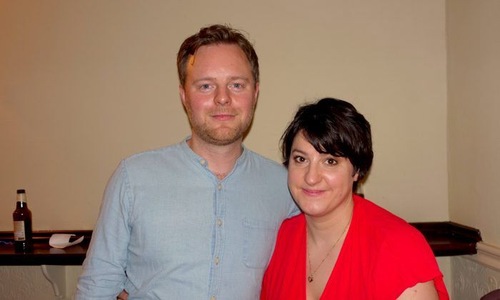 David McCann, Deputy Editor of The Times Scotland, and his wife Caitlin at the Edinburgh Playhouse on January 25, 2019

“Emotive beginning... when the curtain rose... That was quite a stunning start,” said David McCann, the Deputy Editor of The Times Scotland.

“Then the sleeves... I mean that was unbelievable. That was really eye-catching,” he said. “It’s been beautiful.”

“A Story of Human Nature” 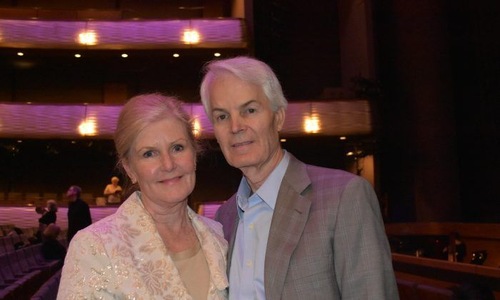 “It’s good stories. It’s a story of human nature,” said Terry James, a physician and the co-founder of the skincare line Beautybioat.

“I think there is an inner spirit in all of us that believes in a higher power. And so, even though we may try to push that out of our mind and consciousness, it just never dies—it’s difficult to extinguish,” he said.

His wife Dorris also applauded the messages in the stories, which convey goodness and faith in higher beings. “I think we could use more of that,” she said.