(Minghui.org) Today's news from China includes incidents of persecution that took place in 5 cities or counties in 3 provinces, where at least 8 practitioners were recently persecuted for their belief. 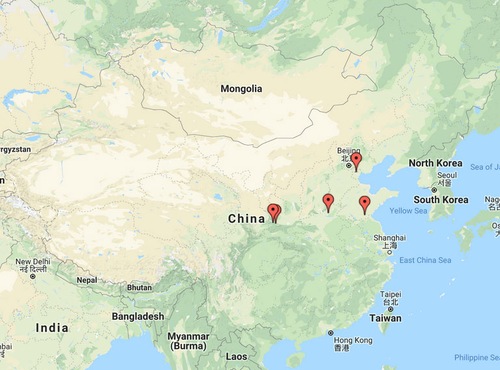 Officers from the Lanshan District Domestic Security Division pried open the door of Ms. Li Jiafang's home, ransacked the place, and arrested her on May 23, 2018.

Ms. Li was held in the Lanshan District Brainwashing Center for 27 days. She was transferred to the Linyi City Detention Center, where she has been held for over eight months.

Ms. Guo Wenjuan from the Baodi District was arrested by officers from the Baoping Police Station on December 4, 2018. Her home was ransacked.

Ms. Guo was taken to the Baodi Detention Center.

Mr. Ye Huiming will be tried in the Xinxiang City Detention Center, by the Weibin District Court, on the morning of February 15, 2019.

Ms. Jiang Shuyuan, Ms. Liu Ziqin, and Ms. Lin Aihua from Nonghe Town, Tonghe County, were reported to the authorities when they were talking to people about Falun Gong in Jiefang Village on January 28, 2019. They were arrested by officers from the Nonghe Police Station.

Mr. Xi Shuansheng from the Weibin District was arrested on January 14, 2019. He is being held in the Weibin Detention Center.

Mr. Fu Zhengqiang from the Jintai District was arrested in early November 2018. He has been held in custody for three months.

“Don't Get Distracted by Worldly Principles”

“What We Say, What We Don't Say, and When Things Are Said about Us”