(Minghui.org) An 80-year-old woman in Guangzhou City, Guangdong Province, is scheduled to appear in Haizhu District Court on December 12, 2019, for her faith in Falun Gong, a spiritual discipline that has been persecuted by the Chinese communist regime since 1999. 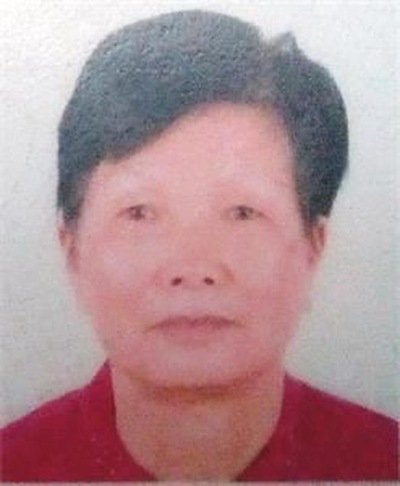 The police accused them of using their cellphones as hotspots to spread information about the persecution of Falun Gong. Ms. Lin's family said she didn't even know how to use hotspots.

Ms. Lin’s home was raided and she was sent to Guangzhou City No. 1 Detention Center.

All the other seven practitioners have also been indicted and their cases submitted to the court.

It's reported that Ms. Lin is being forced to sleep on a concrete floor with very thin bedding in the detention center, where the food provided is of poor quality. Her family is very worried about her.

Prior to her latest ordeal, Ms. Lin was arrested on February 21, 2003, while distributing informational materials about Falun Gong. She was detained for two weeks and then transferred to Tianhe District Brainwashing Center for further persecution.

Ms. Lin was arrested again on October 8, 2010, while distributing Falun Gong materials at South China University of Technology. She was held at Guangzhou City Brainwashing Center for a few months.