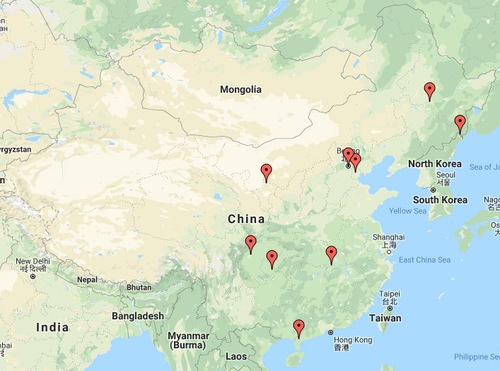 Mr. Li Xiangming, 55, who lives by himself in the Beichen District, was arrested by officers from the Hongqiao District and Jixianli Police Station on April 19, 2019. He was taken to the Hongqiao Detention Center. The police have threatened to sentence him to a three-and-a-half year prison term.

Ms. Ju Feixia from Xiyong Town, Shapingba District, was reported to the police on the evening of September 13, 2019, for distributing Falun Gong materials. She was arrested, and taken to the Xiyong Police Station on the morning of September 22. The police confiscated copies of Zhuan Falun and Hong Yin.

Ms. Ju was taken to the Shinianqiao Detention Center, Qingmuguan Town that evening and was released five days later.

Ms. Bai Yingfu from Shijiazhuang City, Hebei Province, was arrested in Beijing around June 20, 2019. She is being held in Shaanxi Province.

Ms. Huang Qiuzhen was taken to the Hubei Province Women's Prison on October 23, 2019.

Ms. Jin Surong from Guangxing Town was arrested by plainclothes officers on the morning of September 15, 2019. She was taken to the Xiangyang Town Police Station, where the police forcibly took her fingerprints.

Ms. Jin was taken to the Hexing Town Brainwashing Center for five days. A female guard forced her to take off her underwear. They took photos of her naked body, and forcibly drew blood from her with a large syringe. The officers confiscated over 400 yuan in paper bills that had information about the persecution of Falun Gong printed on them.

Ms. Pang Yongfeng, in her 80s, went to visit her daughters in Foshan City. She was followed and arrested when she was distributing Falun Gong materials. Her two daughters’ homes were ransacked.

Both daughters and their husbands were also arrested and taken to the local police station in Foshan. A local domestic security officer said that Ms. Pang had been sentenced to a three-year prison term.