People in Chinatown witnessed the activities and learned of the CCP crimes. Thirty-six Chinese quit the CCP, the Youth League, and Young Pioneers during the event. Several people praised practitioners for their rational and peaceful resistance to the CCP persecution. Many encouraged them by saying, “I support you!” “Keep up with your great effort!” 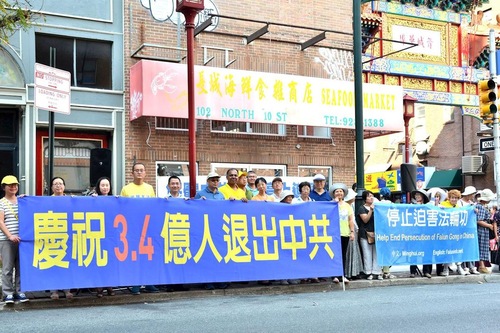 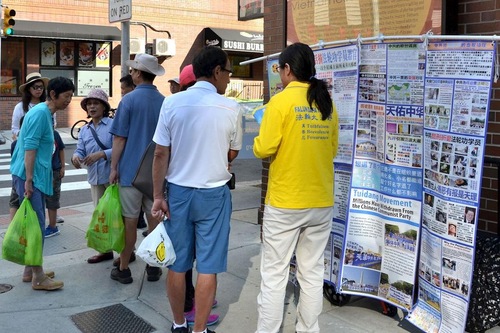 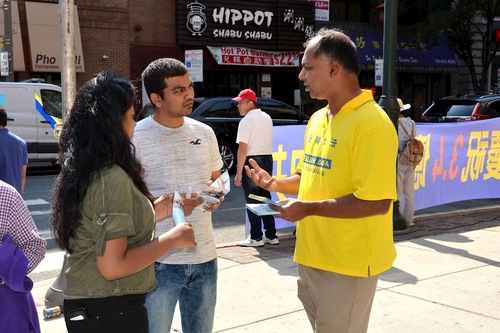 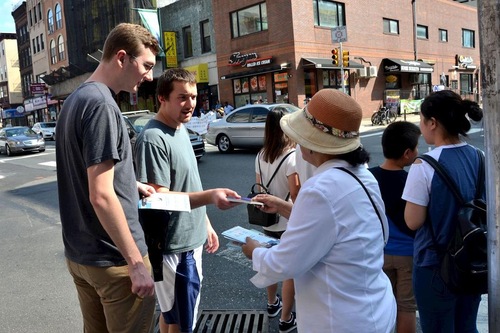 Dr. Russo pointed out that an independent international China Tribunal in London reached their final judgment, “The Tribunal’s members are certain – unanimously, and sure without a shadow of a doubt – that forced organ harvesting from prisoners of conscience has been practiced for a substantial period of time involving a very substantial number of victims in China.” Dr. Russo called for all people to step up and help stop the CCP's organ-harvesting atrocity. 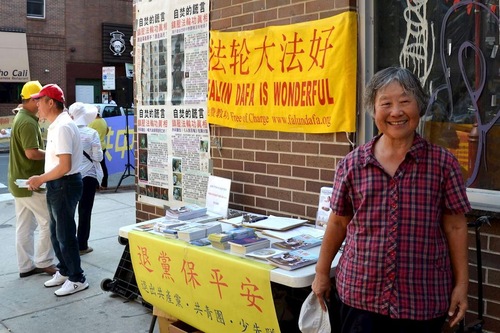 Mrs. Liu has been helping people quit communist organizations for over ten years.

Falun Gong practitioner Mrs. Liu has been helping people quit communist organizations in China and the U.S. for over ten years. She gave a speech and shared her personal experience of witnessing how the Chinese people have awakened.

She recently told a Chinese tourist about the CCP's crimes. The tourist completely agreed with what she said and decided to quit the communist organizations. He said, “I admire your courage to tell people these facts! Falun Gong practitioners in China risk their lives to tell people the truth! They are indeed admirable!” The man told her that the tour guide didn't allow tourists to talk to practitioners. He said, “The guide is watching me as I talk to you, but I'm not afraid, even if they throw me into prison.” He shook hands with Mrs. Liu before he left and said, “Thank you! Thanks to all of you!”

Another time, a Chinese man accepted the flyer Mrs. Liu gave him. She asked if he had heard about quitting the communist organizations. He said, “Yes, I know. I'm a member of the CCP. I have even worked as a Party branch secretary, but I know the CCP is doomed! I would like to quit it today.”

He added, “Many corrupt officials have been arrested, but corruption will continue to happen if the political climate continues to make room for it. As long as the Party's nature stays the same, China won't do well. I have lost hope in the Communist Party. That's why I’ve decided to quit it!”