(Minghui.org) For this year's shows by Shen Yun Performing Arts' at the Lincoln Center, over 90 New York elected officials extended congratulatory greetings and acknowledgments to the dance and music company to welcome their return.

For Shen Yun's 13th year in New York, the company is scheduled to perform 14 shows between January 10 and 20, and 15 shows between March 6 and 17. By early January, the 14 performances scheduled for January were almost sold out. 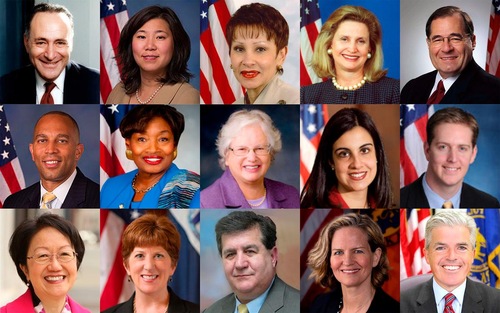 Highlights from the Congratulatory Greetings 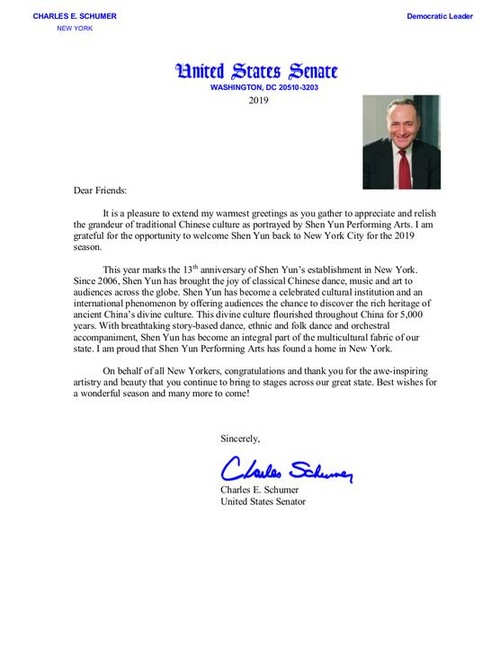 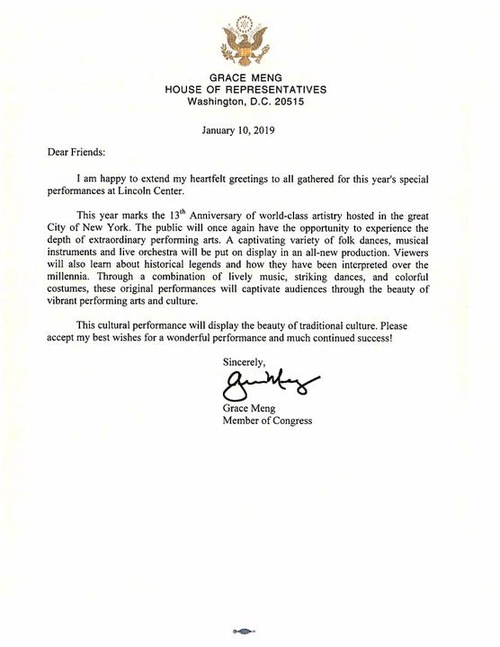 “Through a combination of lively music, striking dances, and colorful costumes, these original performances will captivate audiences through the beauty of vibrant performing arts and culture,” wrote U.S. Representative Grace Meng. 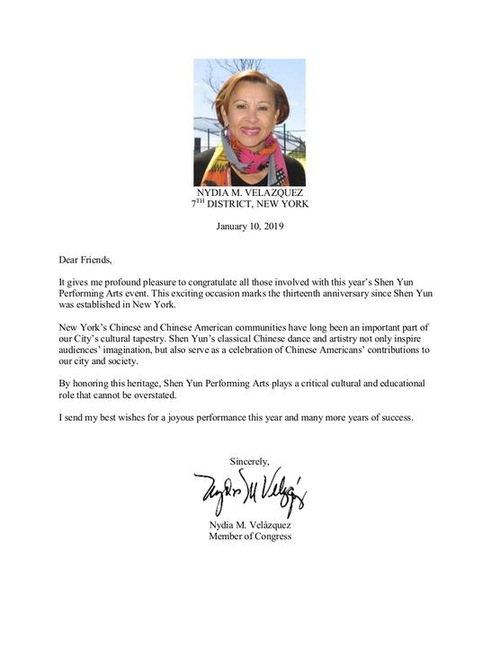 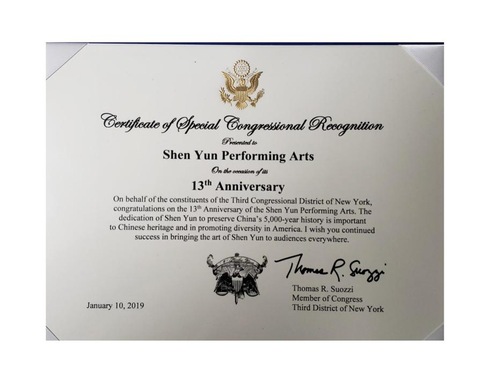 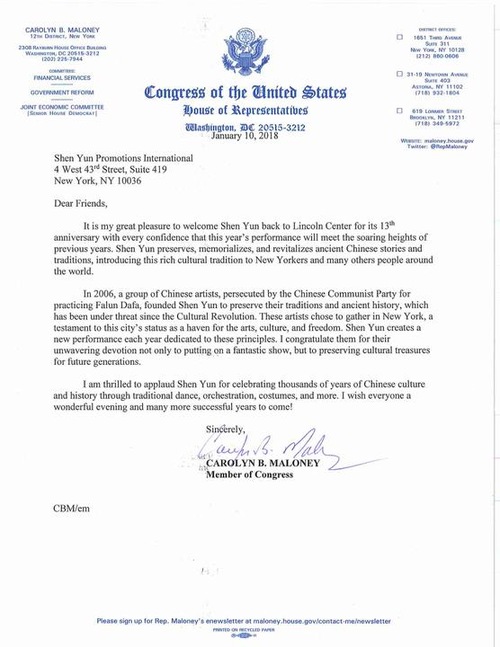 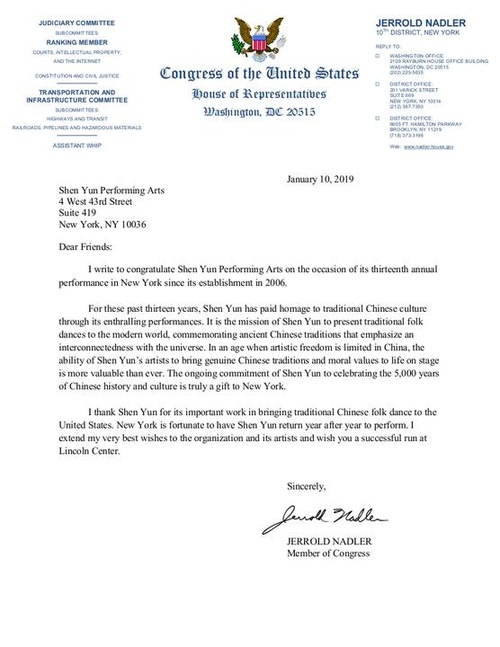 “In an age when artistic freedom is limited in China, the ability of Shen Yun's artists bringing genuine Chinese traditions and moral values to life on stage is more valuable than ever,” wrote U.S. Representative Jerrold Nadler. 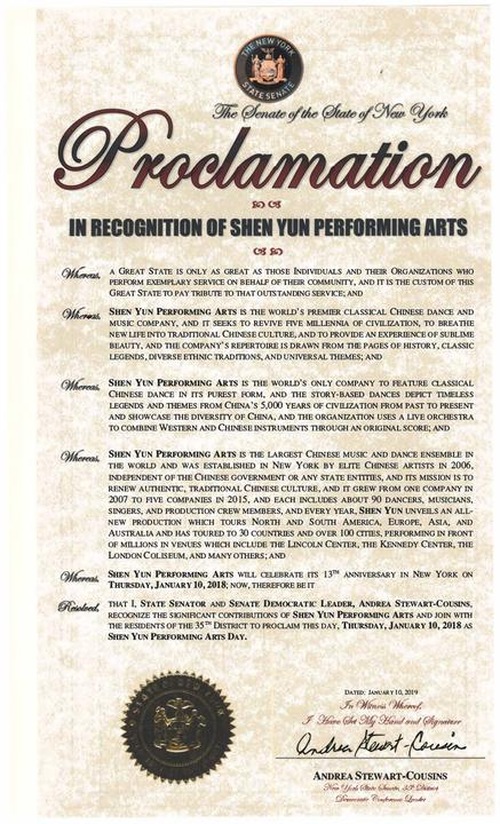 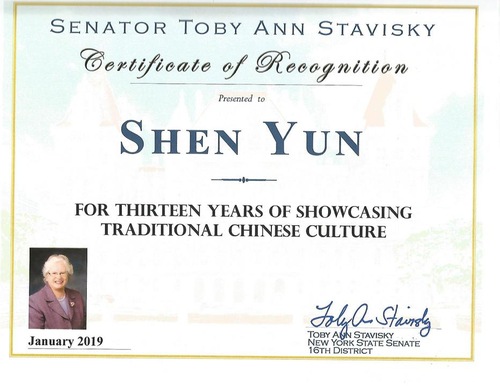 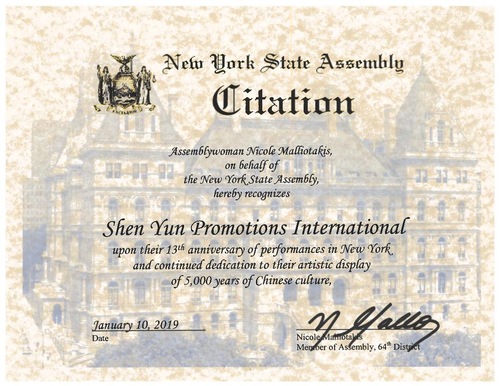 Citation by Assemblywoman Nicole Malliotakis on behalf of the State Assembly. 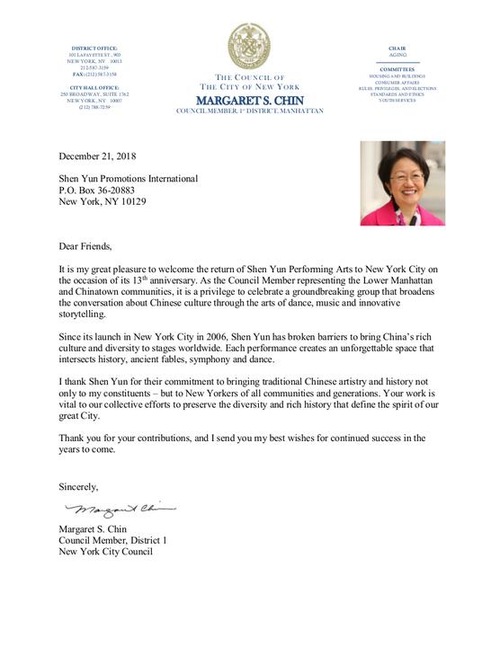 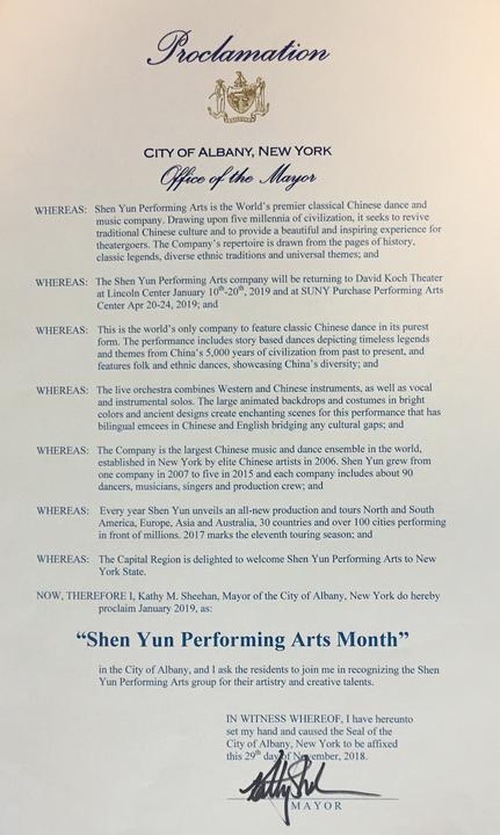 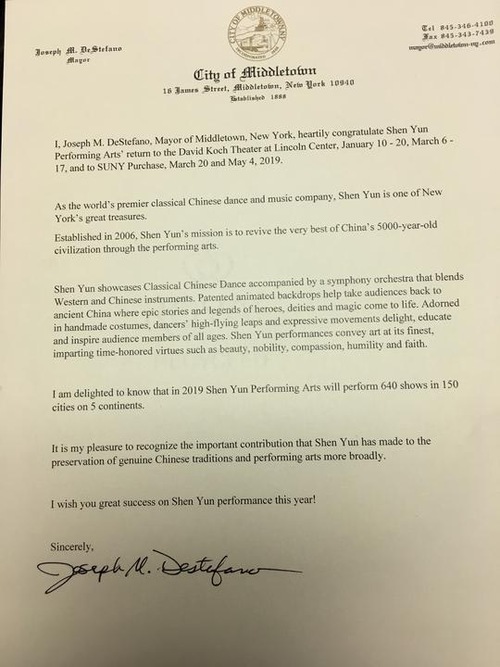 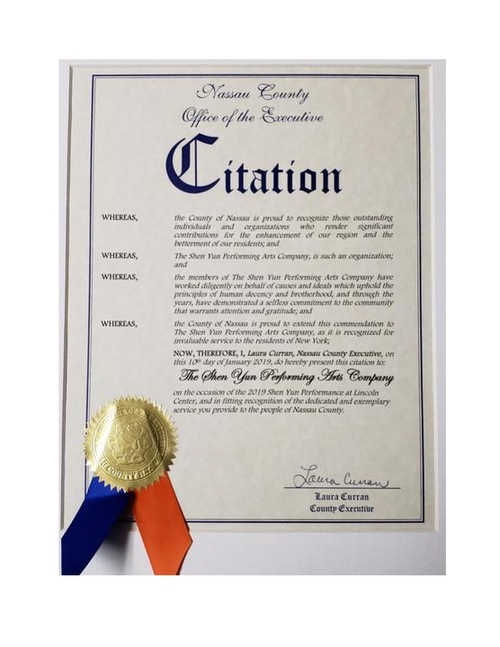 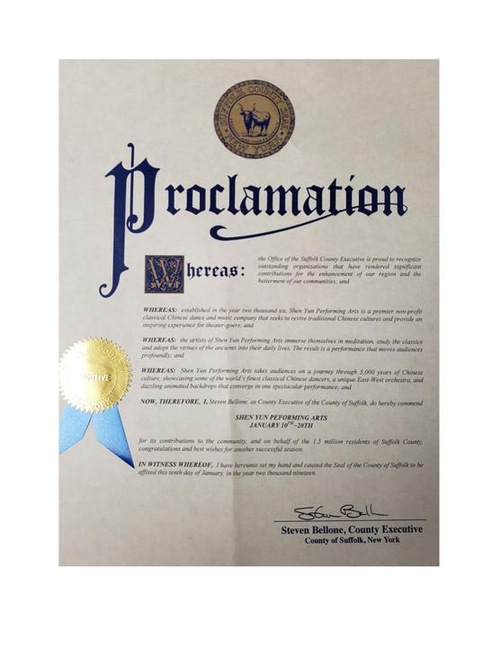 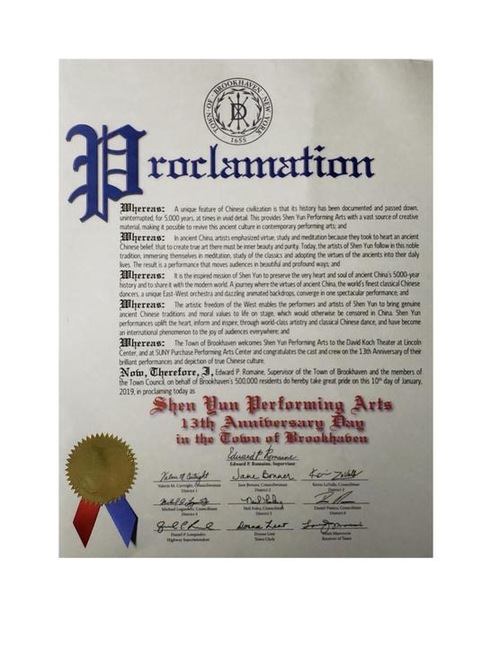