The practitioners introduced the benefits of Falun Gong and informed the public about the Chinese Communist Party's persecution of the spiritual discipline in China.

Some visitors remembered seeing practitioners at the same event last year and in other places. They had a deep impression of the slow, gentle exercises and the principles of Truthfulness-Compassion-Forbearance. Many said they wanted to try it themselves or find a local exercise group. 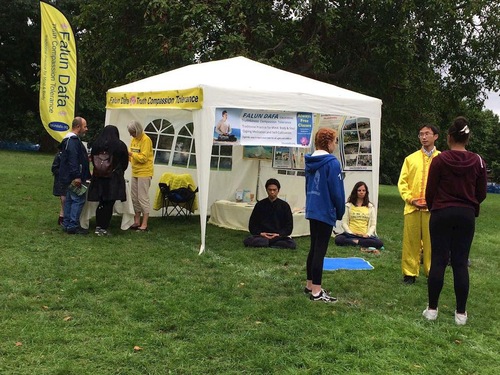 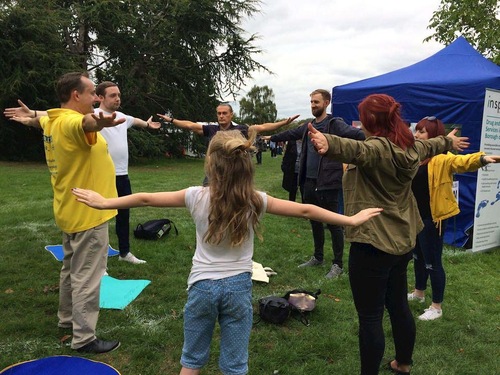 A group of family and friends learn the Falun Gong exercises. 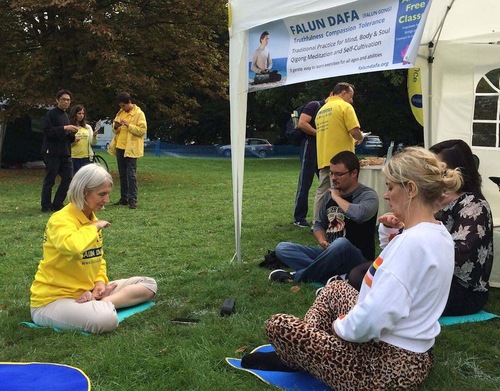 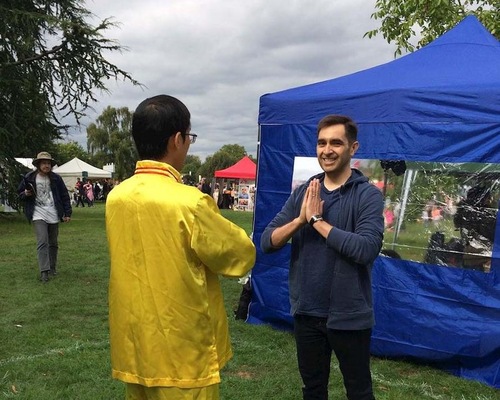 Many people learned the Falun Gong exercises at the fair. A group of six members and friends stood in a circle and learned the first two exercises. One of them, named Chris, said after learning the third exercise, “All the thoughts in my mind were gone while I was doing the exercises. I didn't hear any noise around. It was so relaxing!”

Another man took his nine-year-old daughter to learn the exercises. He said, “I felt like I was being wrapped up by something white while doing the exercises. It was very comfortable, completely away from the noisy world. It's a wonderful feeling!”

Dozens of other people wanted to attend an upcoming Falun Gong workshop.

Many visitors to the booth signed a petition calling for an end to the persecution of Falun Gong by the communist regime in China. A man named Charles said, “I think everyone should have freedom of belief. Thank you for telling me what is happening!”