(Minghui.org) The Lunen City website has posted an introduction to Falun Gong, and recommends that residents try the meditation practice from the East.

Located in the North Rhine-Westphalia region of western Germany, Lunen is surrounded by trees. The municipal sports department has established a project called “Exercise in the Park,” in which volunteers lead people to exercise in the city’s parks every day.

Since last summer, Falun Gong practitioners have taught the exercises in a park every Sunday free of charge. This qigong practice is now included in the “Exercise in the Park” project.

Falun Gong is a practice based on the principle of Truthfulness-Compassion-Forbearance and consists of four gentle standing exercises, and a sitting meditation. 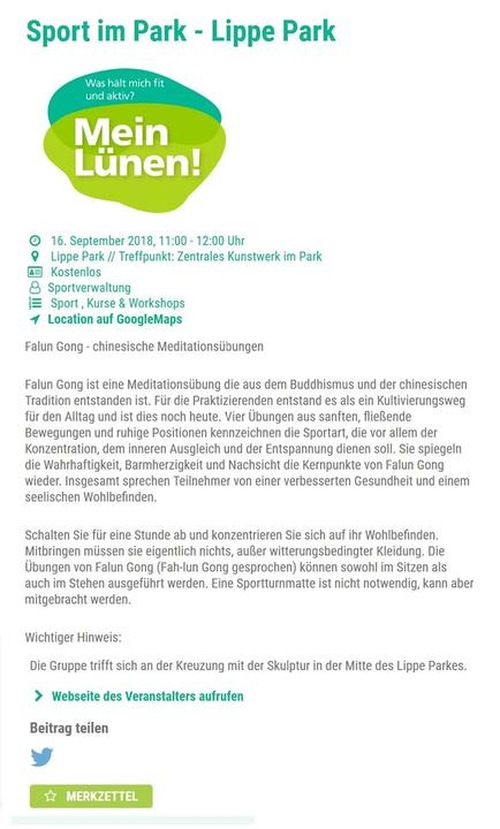 Introduction of Falun Gong on the Lunen City website 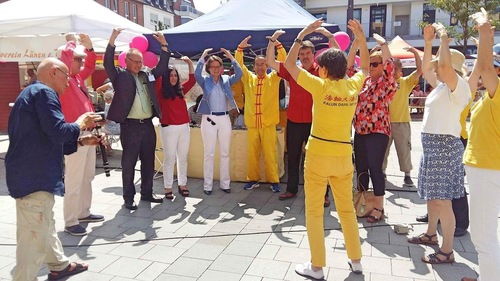 Six politicians, including members of the German federal parliament and the Minister of Land and Resources of North Rhine-Westphalia, learn the Falun Gong exercises. 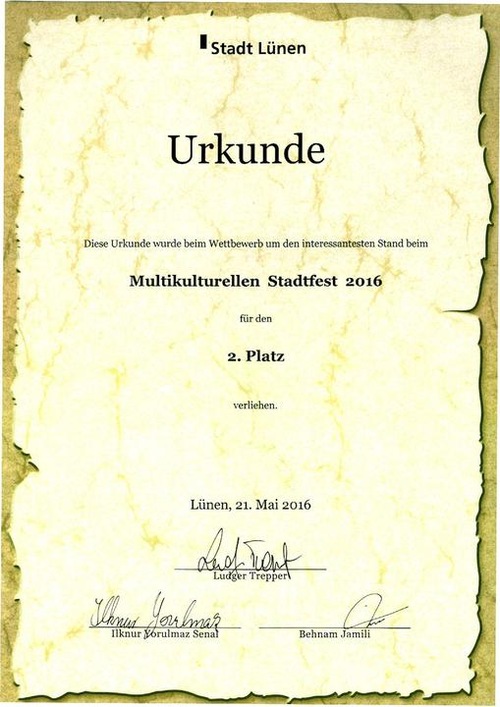 Falun Gong won a prize as the second best booth among 36 groups in a cultural festival in 2016. 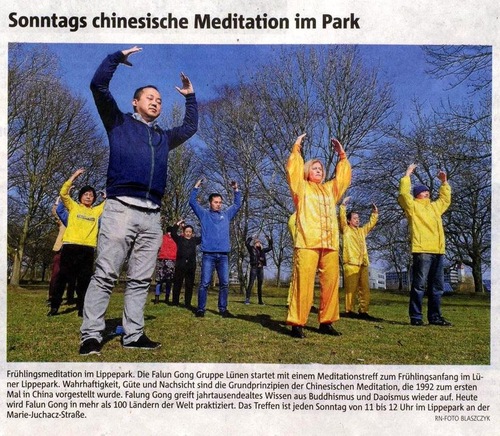 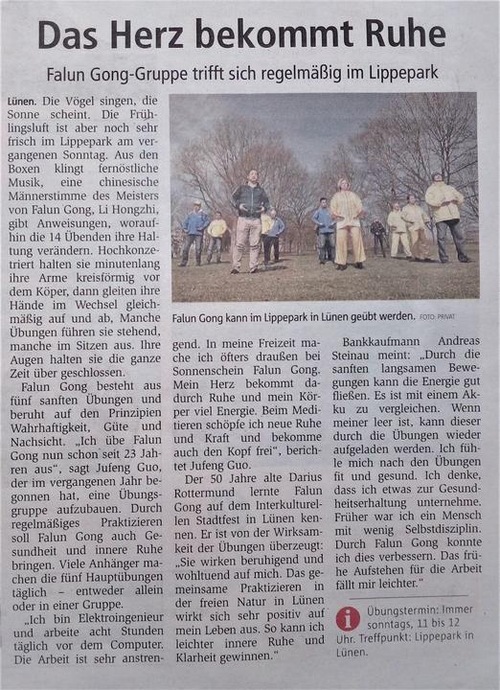 “European Practitioner: Improving Myself While Clarifying the Facts at a Tourist Site”