(Minghui.org) The “Let's Go Health! Expo” was held in Mid Valley, Kuala Lumpur, Malaysia on September 7-9, 2018. Falun Gong practitioners participated in the expo and demonstrated the exercises on stage. 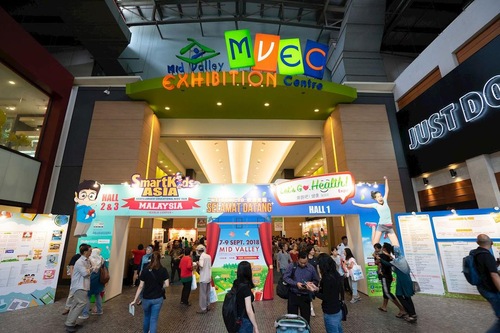 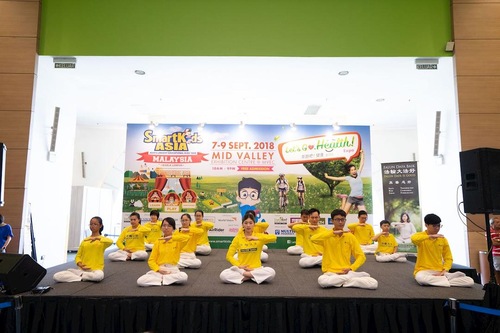 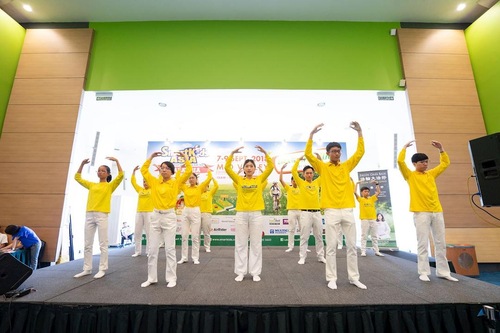 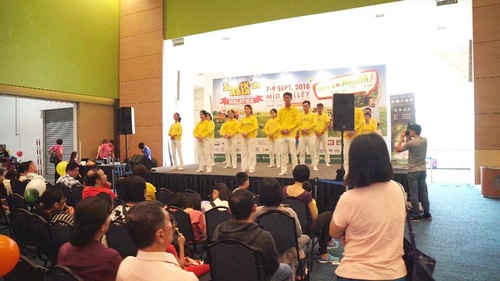 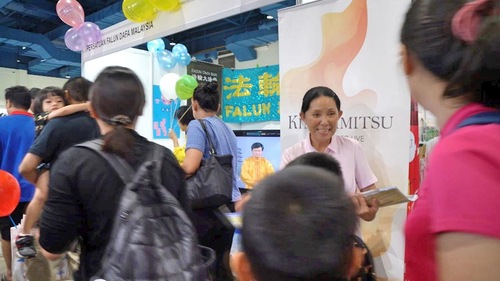 Many visitors pause in front of the Falun Gong booth.

Among the various booths, the Falun Gong booth, with banners and balloons, was unique. Practitioners distributed flyers with a brief introduction of Falun Gong to the public, and balloons with the words “Falun Dafa is Good” to the children.

Most of the people who came to the expo did not know about Falun Gong. Some had not even heard of Falun Gong. But many people learned about the practice at the expo, and many expressed their interest in learning it. Some people also bought the book Zhuan Falun, the main book of the practice, to read at home. 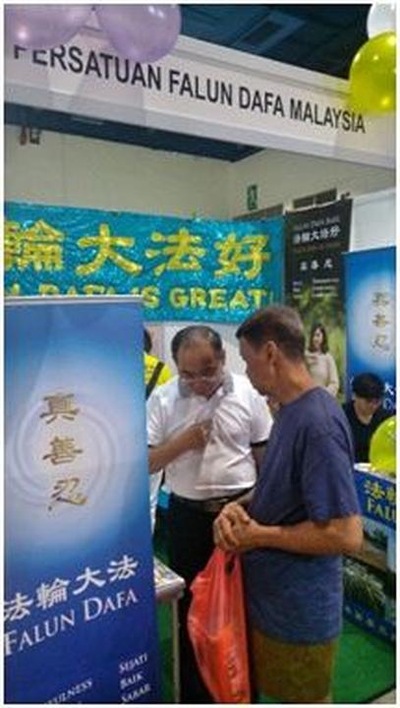 After hearing about Falun Gong’s miraculous effects in improving health, Rachel came to the booth to learn about Falun Gong. She told the practitioners that she had a friend who had cancer and heard that there were cases where practicing Falun Gong had cured cancer. She said she came to learn about it and introduce it to her friend. She also wanted to learn the practice herself.

Rachel told the practitioners that she knew that Falun Gong was being persecuted in China. She was especially shocked after hearing about the Chinese Communist Party's state-sanctioned live organ harvesting from Falun Gong practitioners. She took some flyers and information materials about Falun Gong before leaving to gain a deeper understanding of the practice.