(Minghui.org) For many people, fame, wealth, and a happy family are the key measures of success and, therefore, the keys to happiness. Despite having all of these, a sense of emptiness remained for 54-year-old Li Dunrong, a lead lawyer with the Korean Legal Aid Corporation.

“My life was very stable, but the emptiness spurred me to look for other forms of fulfillment. To inject some excitement into my life, I began to drink and smoke heavily. Strangely, though, I found these activities neither exciting nor satisfying. Occasionally, I would muse on the meaning of my existence in this vast universe, while entertaining the unwelcome thought of vanishing completely after death.”

In 2004, Li Dunrong was working at Korean Legal Aid's ’ Daejeon branch, when a friend told him, “I found something you might like.” He described meeting someone near the courthouse, who was practicing a cultivation method called “Falun Gong.” Days later, a colleague handed him a booklet that described the cultivation practice of Falun Gong. These coincidences struck a chord in Li Dunrong, and he began searching online for information on Falun Gong. His search led him to Falun Gong’s main website, minghui.org, and the practice’s main book of teachings, Zhuan Falun.

“In an instant I was so deeply captivated that I was unable to pause, even for sleep. This book held the knowledge I craved, the answers to my questions about life. The emptiness in my heart was gradually filled. I knew with certainty that I had found the Master I sought.” 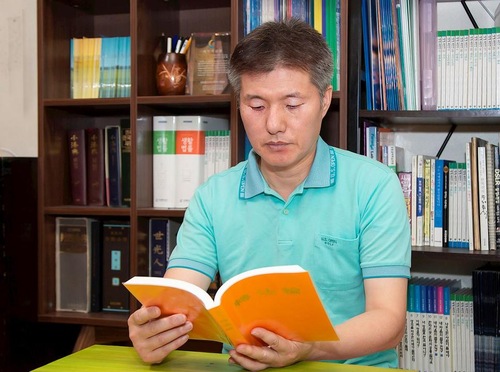 Successfully Abstaining from Smoking and Drinking

An avid smoker, Li Dunrong used to smoke a whole package of cigarettes daily. He reeked with the odor of cigarette smoke. He was also a chronic drinker, drowning himself in alcohol almost daily after work. These habits were already an indispensable part of his life.

Soon after he started practicing Falun Gong, however, Li Dunrong gave up his cigarettes and alcohol. He recalled in amazement, “After a month of practicing, a friend encouraged me to take a drink. I took a small sip and immediately suffered a splitting headache. I was shocked. From then on, I stopped drinking. I could not stand even the smell of alcohol.”

"In contrast, my addiction to cigarettes was harder to break. Although I grew to dislike the smell of cigarettes, the habit remained hard to kick. While inhaling my first cigarette one day, I felt a sudden pang of deep regret. That led me to stop smoking from then on.”

Li Dunrong discovered an improvement in his ability to remember things after he stopped drinking and smoking. Moreover, after practicing Falun Gong, he became a more patient person, able to deal with the most difficult of cases with ease. The improvement in his mental state also helped decrease the amount of fatigue and stress he suffered at work.

After cultivating Falun Gong, Li Dunrong's life changed for the better. “The emptiness in my heart has vanished, and my health is improving by the day. I approach each day with a sense of accomplishment and joy.” Even his child noticed the changes in his father: “Dad is kinder and more approachable.”

Spreading the Truth about Falun Dafa

For Li Dunrong, Falun Gong was a light that penetrated the darkness of his existence. Determined to show this amazing practice to others, he began practicing the Falun Gong exercises weekly at Qingxi Mountain in Seoul. His quiet and peaceful display attracted a number of interested climbers, who later became Falun Gong practitioners. 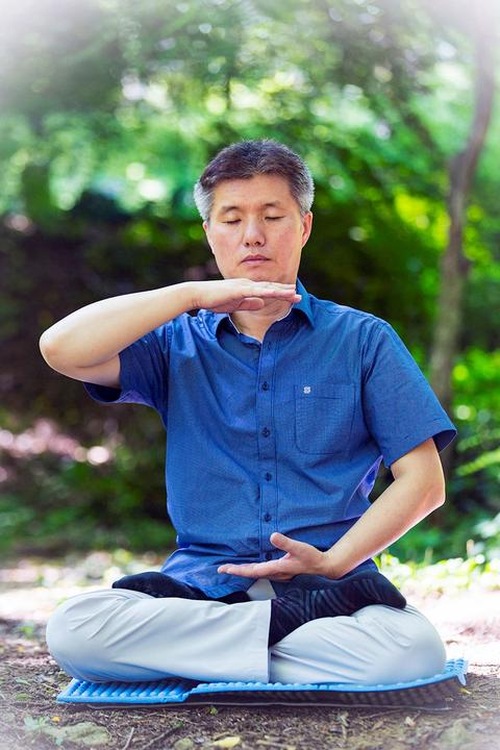 As a lawyer for Korean Legal Aid, besides assisting his many clients with their legal issues, Li Dunrong also tries to let his clients know the truth behind the two decades of persecution of Falun Gong in China. Because it is an upright practice, coupled with its amazing healing powers, Falun Gong quickly gained a large following when it was first introduced in China. When China’s former leader Jiang Zemin grew jealous of its popularity, he fabricated lies in order to instigate his persecution of Falun Gong. Li Dunrong urges the Chinese citizens he encounters to withdraw from all the Chinese Communist Party organizations.

According to Li Dunrong, “Cultivation has become the reason for my existence. Despite cultivating for over 14 years, I still have much room to improve. Thanks to Falun Gong, I have found my sense of purpose, inner happiness, and peace.”