(Minghui.org) Falun Gong practitioner Mr. Xie Rongchun, a 48-year-old software engineer from Changchun City, was arrested on May 17, 2018 and has been detained at the Changchun Third Detention Center. Mr. Xie's parents have been appealing to various government agencies for his release. 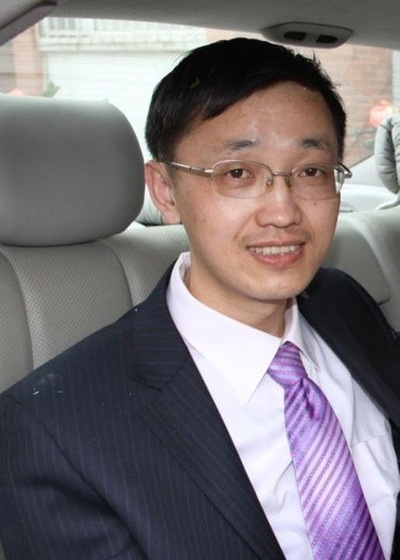 His mother recently wrote an open letter urging the release of her son from illegal detention.

I am Xie Rongchun's mother.

Dismayed by the news of my only son's arrest, I never thought I would have to suffer such an emotional blow at the age of 80. Rongchun is the bedrock of our family, respectful to his seniors, hardworking at his job, and displays a reserved and amicable personality. He was arrested merely for practicing Falun Gong. I want to ask the law enforcement officials, “What law provisions make it illegal to practice Falun Gong? And how can a law-abiding citizen “sabotage law enforcement” – as accused by the government?”

Charged with “Utilizing a Cult to Sabotage Law Enforcement”

My husband and I went to the Changchun City Police Department's Erdao District Domestic Security office on May 21, 2018, where we were handed the official criminal detention notice, while in fact Rongchun was already detained at the Changchun Third Detention Center since May 17.

According to the notice, Rongchun was charged with “Utilizing a cult to sabotage law enforcement.” My husband questioned Sun Ruixian, captain of the Domestic Security Bureau, “Which law provision declares Falun Gong a cult? What law's enforcement did my son sabotage?” Sun was taken aback and silent at first, then he yelled at us, “The cult label was determined jointly by the Supreme Court, Supreme Procuratorate, and the Ministry of Public Security. And the money bills collected from your home bear printed words slandering the government head, Jiang Zemin.” Then, he coerced my husband to sign a piece of paper as precondition for allowing us to send clothes to our son.

After some thought, we realized that the three government entities he cited all belong to the law enforcement branch. How can they make laws that labeled Falun Gong a cult? Isn't legislation the function of the National People's Congress?

Jiang Zemin has lost power over 10 years ago and been sued in multiple foreign criminal courts. How can he hide behind the protection as a government head any more? He was corrupt and sold out China's national interest for his personal fame, which has been condemned by all Chinese citizens.

When we arrived at the detention center, it was already noon. My husband was out of breath and felt severe discomfort in his heart. The detention center authorities took the money and clothes for our son, but did not allow us to see him.

Later we bought the latest versions of the Criminal Law and the Constitution and also tasked our daughter to research the issue on the Internet. We found out that the 14 cults declared by the Ministry of Public Security did not include Falun Gong. Additionally, it is beyond the power of a government entity to judge whether something is a cult or not. The Chinese Communist Party instigates people to commit bad deeds, forces them to join the CCP and forbids quitting their memberships, destroys humanity, and ruins families. The CCP is indeed a cult.

We have read Zhuan Falun a few times but have not tried to understand Falun Gong on a deeper level. But, we know that the book teaches people how to be a kind and law-abiding person, how to uplift morality, do good deeds, and resist the degradation happening in society.

From our son's personal experience, we know it must be a righteous cultivation practice. It is unlawful for the government to arrest and detain my son with the false pretense of a cult. A virtuous cultivation practice is defamed as a cult by the mass propaganda merely because of the order of Jiang Zemin. Where is the law of the land? Are all the law enforcement officials unaware of the actual laws they are supposed to uphold and safeguard?

In regards to the charge of “sabotaging law enforcement,” how can a regular citizen like Rongchun have the power and ability to hinder this country's law enforcement? There is not a shred of evidence the government can produce that points to such behavior by Rongchun. Besides, a certain charge cannot be upheld in court if there is no specific provision for it in the law. People's thoughts and beliefs are not grounds for any criminal accusation. To the contrary, such accusations are false and amount to libel and framing.

The police were in plainclothes when they broke into our home, arrested Rongchun, and confiscated his personal belongings. Their interrogation and detention of our son is illegal and in violation of the Criminal Law's multiple provisions, including the following provisions: #238 on illegal detention, #243 on false accusation, #245 on illegal breaking and entering, #397 on abuse of power, and #399 on abusing the law for personal gain.

Rongchun contracted tuberculosis during his detention at the Chaoyanggou Forced Labor Camp in 2005. After he was released, his health recovered once he was able to resume his practice of Falun Gong. Considering the current harsh environment, as well malnutrition, mental pressure, and compromised immunity to illnesses, his past tuberculosis is very likely to relapse.

We are in our 80's now. My husband and I suffer all kinds of ailments and only survive by taking a large amounts of medication. Rongchun is the only son that we count on to be by our side and look out for our welfare in our remaining days.

Don't the law enforcement officials have parents and children, and thus can relate to our situation? They are in fact inflicting tremendous pain and suffering on innocent families in return for their own personal gain.

I cannot help being depressed and sometimes sentimental when I see my son's belongings and recall the happy days with him in the past. I don't know if I can live until the day he is released. Nonetheless, my husband and I will be his solid support and continue to appeal his case everywhere we can.

We will try to take care of ourselves and live to see the day when those who persecuted Falun Gong practitioners are brought to justice.