(Minghui.org) A forum focusing on the persecution of Falun Gong in China was held in the British Parliament on July 18, two days before the somber 19-year anniversary of the start of the persecution. Many experts spoke at the forum hosted by Member of Parliament Jim Shannon. 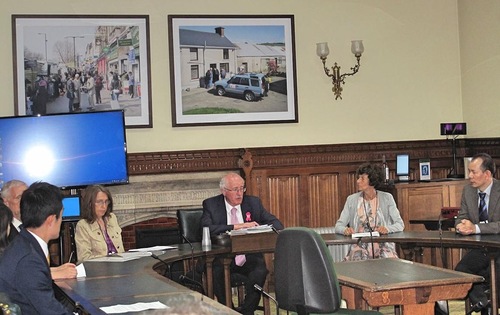 MP Jim Shannon hosted a forum in the British Parliament focusing on the 19-year efforts to stop the persecution of Falun Gong.

Spokesperson for the Falun Dafa Association of the UK Ms. Rosemary Byfield was the first speaker at the forum. She said that the communist regime's persecution of Falun Gong aims to destroy mankind.

“Falun Gong teaches people to follow Truthfulness-Compassion-Tolerance in their life and to return to traditional values. It brings practitioners health and peace in the heart. The 19-year-long brutal persecution has caused millions of Falun Gong practitioners and their families to live in fear. Many families and individuals have been destroyed [by the persecution],” said Ms. Byfield.

“The Communist Party's attack on the universal values of Truthfulness-Compassion-Tolerance is the same as attacking the whole of human society,” she added.

Mr. Benedict Rogers, deputy chairman of the Conservative Party Human Rights Committee and founder and chairman of Hong Kong Watch, said at the forum that the Chinese communist regime has extended its violations of freedom and human rights to western countries.

“If we don't resist the infringement from the communist regime, our values are threatened – including human rights, freedom of religion, and freedom of speech,” said Mr. Rogers.

“We are voicing our support for Falun Gong today. We speak up for [this] group being persecuted and for all Chinese people for their freedom of religion,” he added.

Dr. Huige Li, a professor at Johannes Gutenberg University in Mainz, Germany, presented evidence from published medical articles from China to show that Falun Gong practitioners are still the main source of organs for transplantation surgeries in China.

He cited documents from China stating that only 370,000 Chinese residents had registered with the voluntary organ donation program by the end of 2017, which resulted in less than 30 donated organs. Given the tremendous amount of organ transplants performed in China annually, Mr. Li said that the Chinese government's claim that all transplanted organs in 2015 were from voluntary donations is a lie.

“It took other countries decades to develop a voluntary organ donation system. China has only had one for a few years,” said Huige Li.

Associate Professor David Kirkham from Brigham Young University London Centre spoke from the viewpoint of International Law and affirmed that the persecution of Falun Gong is illegal. “But under communism there is no sense of international law that would actually insist that people be given these rights, whereas in other nations – in the Western nations – these things will actually be upheld and sustained in the courts,” said David Kirkham.

Three Falun Gong practitioners also spoke at the forum, sharing their experiences of family members being jailed as long as 15 years and subjected to brainwashing tactics in brainwashing centers. 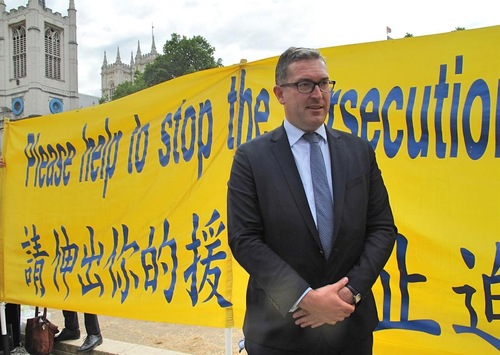 Mr. Benedict Rogers, deputy chairman of the Conservative Party Human Rights Committee, and founder and chairman of Hong Kong Watch, stopped by the peaceful protest in front of the British Parliament. 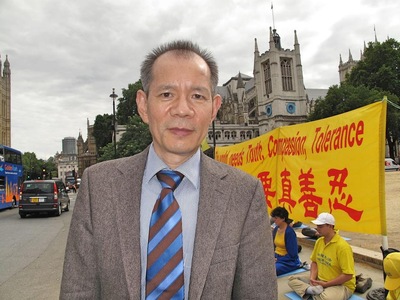 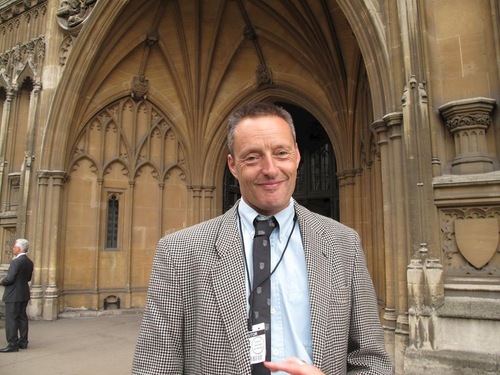 On the same day, Falun Gong practitioners staged a peaceful protest on the square in front of the British Parliament.

With an exercise demonstration, numerous banners and a steel cage to remind passersby that thousands of Falun Gong practitioners are still jailed in China, the peaceful activity received support from people from all walks of life.

Many Members of Parliament expressed their support for the ongoing efforts to stop the persecution. Some attended in person while others sent letters of support. 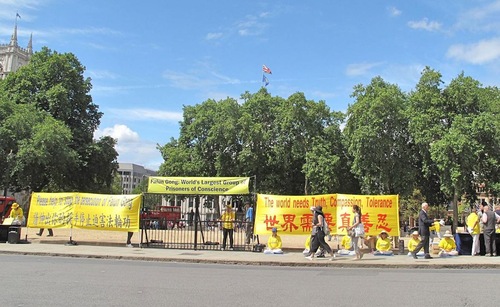 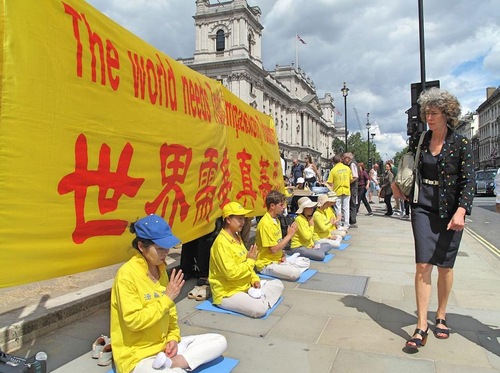 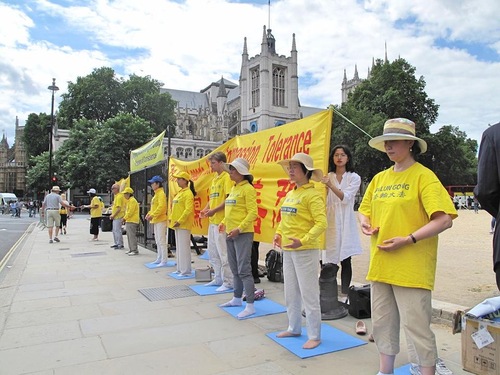 Falun Gong practitioners demonstrated the exercises, talked to passersby about the persecution in China and collected signatures to stop the persecution during a peaceful protest near the British Parliament. 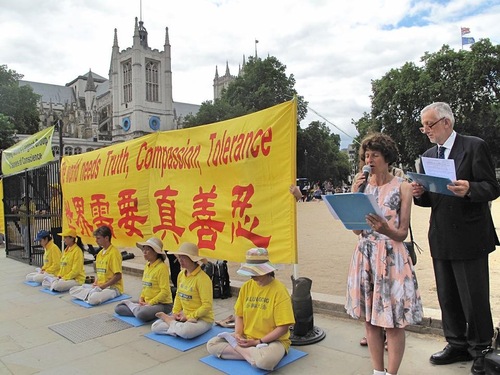 Letters of support from Members of Parliament were read aloud at the event. 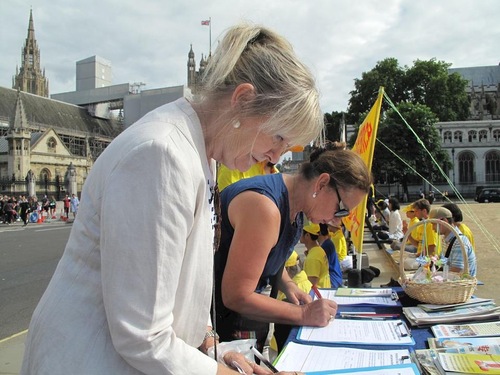 Two women sign the petition calling for an end to the persecution of Falun Gong in China. 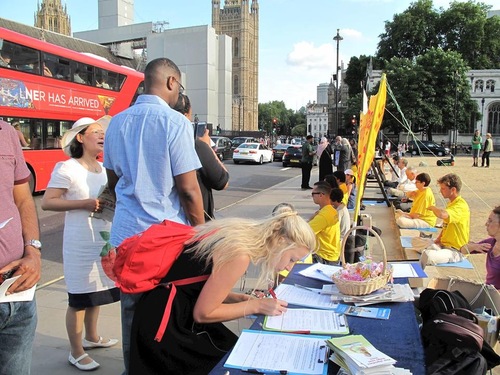 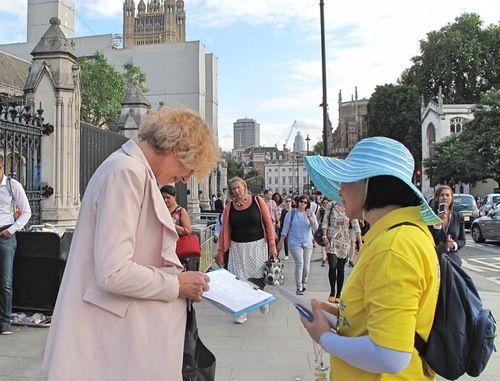 Passersby sign the petition in support of Falun Gong.

During the 10-hour event, many tourists and local residents accepted fliers and talked to Falun Gong practitioners. Many said they hoped that their support will help bring an end to the persecution.