(Minghui.org) Falun Gong’s Miaoli Waist Drum Team and the NTD Taiwan Flag and Drum Team were invited to participate in the annual grand event of “Toufen April 8th” on May 20, 2018. It is a traditional Hakka event held in Toufen City, in which the best teams that tied in the Lantern Festival competition months ago have a grand rematch in the form of a parade on April 8th of the lunar calendar.

The mayor and the crowd cheered when the two Falun Gong teams performed and the Miaoli Waist Drum Team won the "Most Outstanding" award for its energetic and synchronized performance.

As the parade began, the NTD Taiwan Flag and Drum Team won thunderous applause with its loud drums, majestic flag movements, and agile flips and jumps. 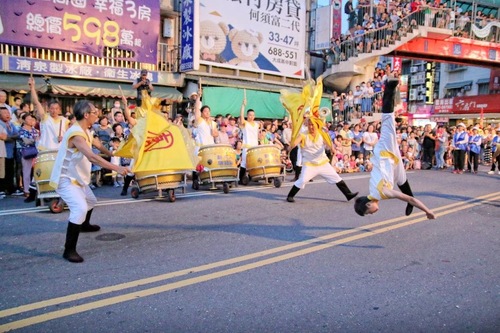 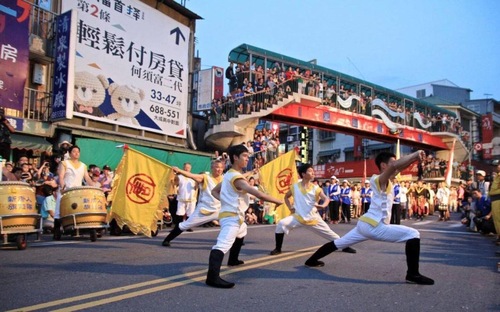 The majestic performance of the NTD Taiwan Flag and Drum Team and the members’ astonishing flips and jumps win heated clapping from the crowd. 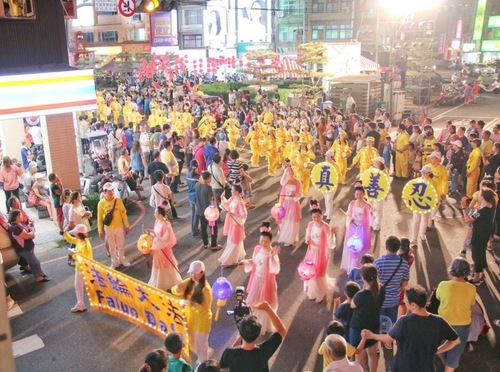 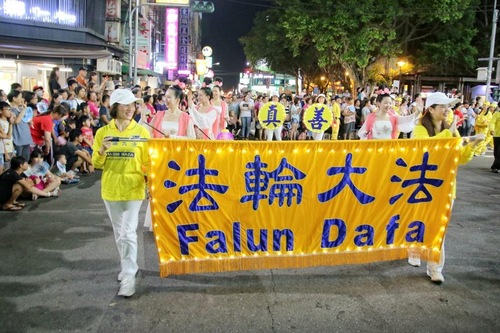 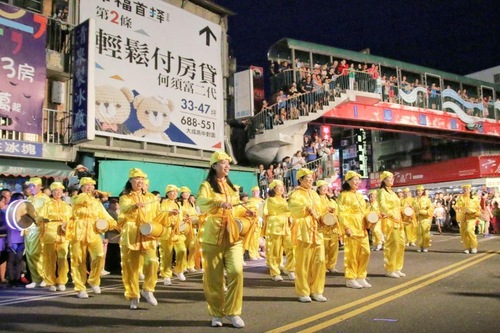 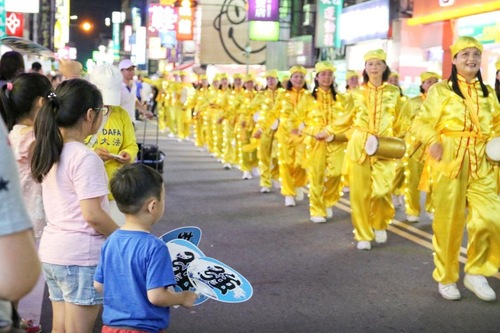 The synchronized drumming from the Miaoli Waist Drum Team and the celestial maiden carrying lanterns of Truthfulness, Compassion, and Forbearance, are welcomed by the spectators. 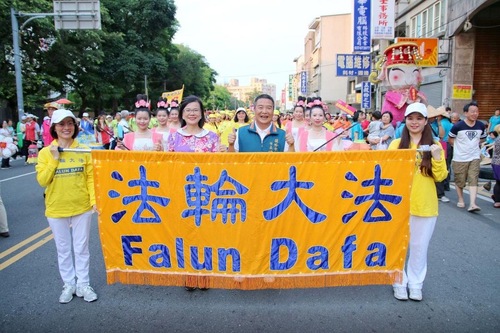 The mayor of Toufen, Mr. Hsu Ting-chen, and his wife Ms. Yang Shi-Yi, stand behind the banner with the members of the Waist Drum Team in the parade.

Mr. Hsu Ting-chen, mayor of Toufen City, knows that Falun Gong is practiced around the world and that the practitioners strive to be good people. Though the practice is currently persecuted in mainland China, the mayor is happy to show his support for the practice. He and his wife took a photo with the practitioners and shouted “Falun Dafa is good!”

The practitioners disseminate lucky charms decorated with origami lotus flowers and fliers with information about Falun Gong and the persecution. The spectators seemed to appreciate the gifts and were eager to find out more about the practice.