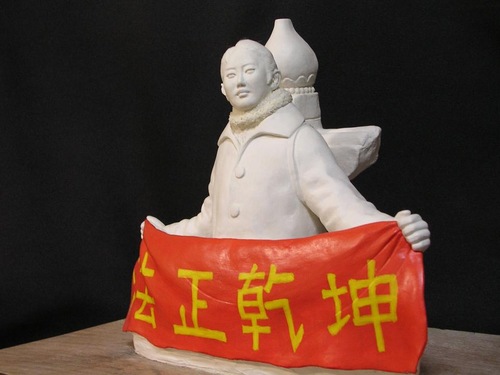 Words on the image: The Fa rectifies heaven and earth

Note: The work was inspired by real events. In July 1999, the Chinese Communist Party led by former head Jiang Zemin launched a brutal persecution campaign against Falun Gong, also known as Falun Dafa. The slanderous lies against this ancient spiritual practice were overwhelming.

At that time, tens of thousands of Falun Gong practitioners went to Tiananmen Square with compassion, hoping to tell authorities and the world that Falun Dafa is righteous.

At the time, a female practitioner unfurled a banner on Tiananmen Square. The banner read, “The Fa rectifies heaven and earth.”