(Minghui.org) In the beginning of May 2018, the five touring companies of Shen Yun Performing Arts continue to tour in Europe and North America. On May 4-6, Shen Yun New York Company returned to Paris with five shows. At the same time, Shen Yun Touring Company presented four performances in Mexico City, Mexico. 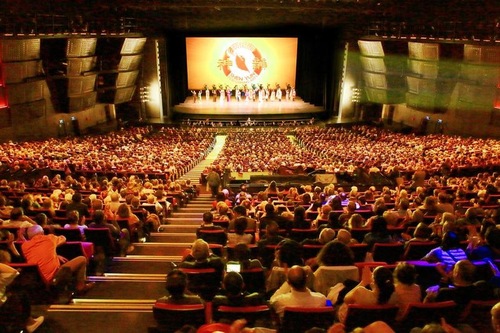 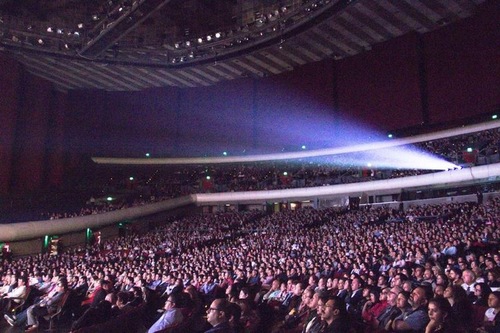 Shen Yun Touring Company at the Auditorio Nacional in Mexico City, Mexico on May 4, 2018. 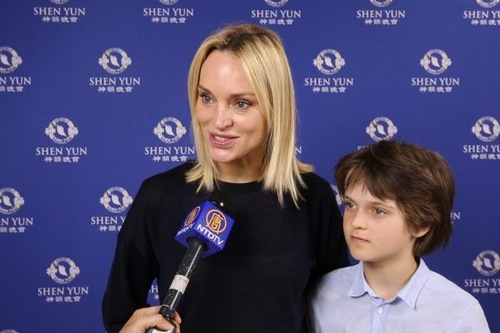 Inna Zobova, actress, fashion designer, and former model, at the Shen Yun performance with her son at the Palais des Congrès de Paris on May 5, 2018.

“We were really delighted. I find it very beautiful visually. I love that world. It’s dreamlike, it’s beautiful, it’s very touching,” said Inna Zobova, an actress, a fashion designer, and a former model.

“I loved the costumes, the colors, and the music... The culture, the history, the history of meditation. It touched me a lot,” she said.

“Beyond us as human beings” 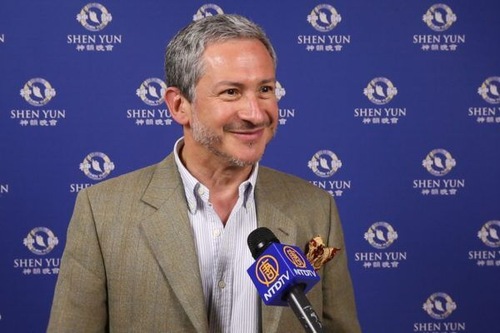 Fernando Mantilla-Serrano, a partner in an international law firm, at the Shen Yun performance in Paris, France, on May 5, 2018.

“This is a very beautiful discovery,” said Fernando Mantilla-Serrano, a partner in an international law firm.

“One thing that struck me greatly: the spiritual side. It’s something that we’re not used to seeing in dance performances. I find that in today’s world, coming back to this relationship with the human and the spiritual is something unique. Mixing it with art, dance, and performance is beautiful,” he said.

“The audience was really moved. Sincerely it was something extraordinary that happened today,” Mr. Mantilla-Serrano said.

“A marvel in all the scenes” 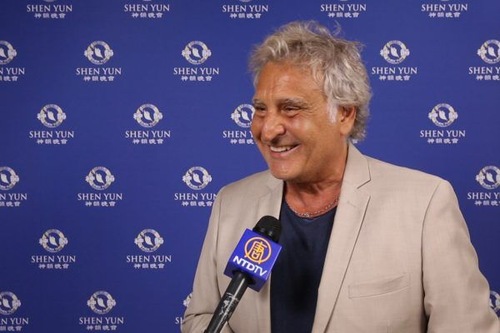 Norbert Nacash, a producer and a singer, at the Palais des Congrès de Paris in Paris on May 5, 2018.

“It is with delight that I attended this show with my little daughter who is 8 years old. We really enjoyed this show, which is a marvel in all the scenes,” said Norbert Nacash, a producer and a singer.

“On a spiritual level, I felt a message, a passage, a transmission... and something universal where everyone could take each other by the hand,” he said.

“This choreography, the softness, the colors, the culture of origin... It’s a show to return to,” Mr. Nacash said.

“That is the function of art” 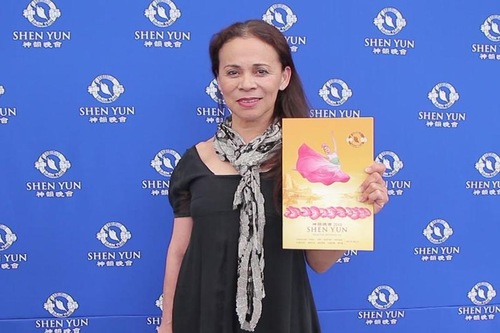 Olga Rodríguez Luna, a ballet dancer, at the Auditorio Nacional in Mexico City, Mexico, on May 5, 2018.

“Acrobatics, anyone can do it. But when something touches you, it's special. And Shen Yun touches the feelings... That is the function of art—to convey feelings,” said Olga Rodríguez Luna, a ballet dancer.

“How the dancers manage to project a spirituality is impressive... Here is something so natural and you can see that the dance is for God. It is wonderful,” she said.

“As a classical dancer, it is a very, very special experience for me to see... A degree of difficulty in handling the body. And plasticity, expressiveness, and at the same time, an essence,” she described.

“It is a privilege to be knowing a little more about Chinese culture [through Shen Yun]... The roots should never be lost,” Ms. Rodríguez said. 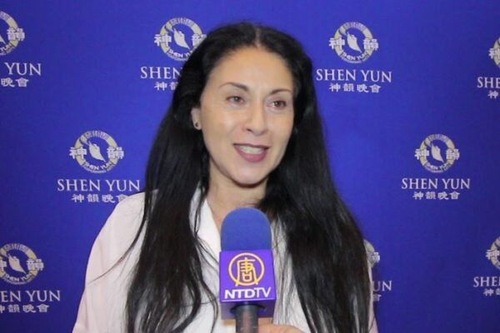 Carmen Delgado, an actress, at the performance in Mexico City, Mexico on May 5, 2018.

“It is a whole world. It is a language of gestures, emotions, virtues, and splendor,” said Carmen Delgado, an actress.

“Each story is synthetically, perfectly told. They are round. they do not lack anything... They are splendid,” she added.

“We create everything in our interior with our powerful mind, which is the one that makes them fly and do those wonderful things. There we see the power of the mind, of divine perfection,” she shared her inspiration.

“[Shen Yun] showed us that the human being, that each individual is capable of doing fantastic, incredible things... Although it is not easy, you must have great discipline and rigor; but it is revealing,” she continued.

Shen Yun will continue its world tour with upcoming performances in Aix-En-Provence, France on May 11–12; Rotterdam, Netherlands on May 15; and Monterrey, Mexico on May 11–13. For more information on tickets and dates, please visit http://shenyun.com.