Room Protected in Fire that Burnt Out the Entire Floor

(Minghui.org) Upon returning to their office building, which was severely damaged by an electric fire, the employees were surprised to find that one room had remained intact, despite the fact that the entire floor was burnt out. 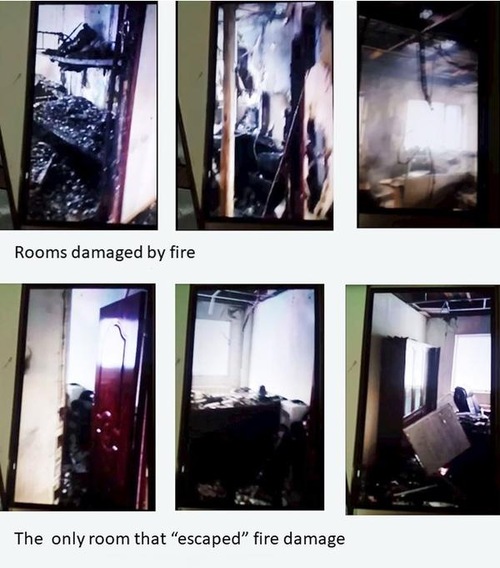 The wood door of that room still maintained its bright mahogany color. The furniture inside, including a wood cabinet, desk and chair, were still in good shape. Even the wall was still white. The doors and furniture in adjoining rooms were all destroyed by fire.

So what was so special about this room?

The owner of that office is a man with a strong sense of justice, courage and conscience. As early as 2005, he had quit the Chinese Communist Regime and its affiliated organizations, so as to break free from the regime's control over his thinking.

This man had also been very supportive of Falun Gong practitioners. Even while facing the danger of being persecuted himself, he often spoke out for practitioners and sought justice for them. Once he heard his colleagues slandering Falun Gong, he stopped them and explained to them the facts about Falun Gong.

It is believed that it was his good heart that touched the heaven, and he eventually received blessings for his courage and righteousness.