SR 629 was passed one week after the Georgia House of Representatives passed the similar House Resolution 944 expressing concern over forced live organ harvesting in China.

SR 629 was jointly sponsored by six Senators including Jeff Mullis (R-GA53), chairman of the Committee on Rules in George State Senate and Harold Jones (D-GA22). It was unanimously passed in the Committee of Rules on February 14 and in the Senate on March 27. 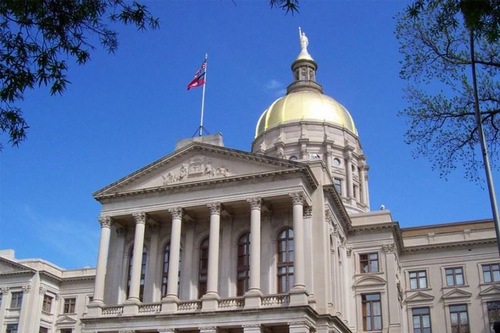 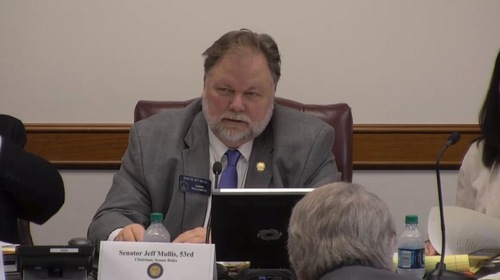 Senator Jeff Mullis, Chairman of the Committee on Rules in George State Senate, in the hearing on China's forced live organ harvesting on February 14, 2018

In the hearing, Senator Jeff Mullis said that the killing and forced organ harvesting of Falun Gong practitioners in China must be condemned. The violation of freedom of belief and killing must be stopped. The resolution delivers a clear message to the Chinese Communist Party (CCP) that the persecution and killing of Falun Gong practitioners must stop.

Senator Renee Unterman (R-GA45), chair of the Health and Human Services Committee, told Senator Mullis that she used to work in the kidney transplantation department of a hospital and knew the eagerness of patients waiting for organs. She spoke of how the genocide occurring in China impacts each of us, and thanked Senator Mullis for sponsoring the resolution.

Recommending that certain measures be taken regarding the actions of the People's Republic of China against Falun Gong practitioners and other minority groups; and for other purposes.

WHEREAS, extensive and credible reports have revealed mass killing of prisoners of conscience in the People's Republic of China, primarily practitioners of the spiritual-based exercises of Falun Gong, but also other religious and ethnic minority groups, in order to obtain organs for transplants; and

WHEREAS, traditional Chinese custom requires bodies to be preserved intact after death. With rare voluntary organ donation, however, China's transplantation industry significantly increased since 2000; and

WHEREAS, a new investigative report, published in June, 2016, conducted by human rights attorney David Matas, former Canadian Secretary of State for Asia-Pacific David Kilgour, and journalist Ethan Gutmann estimated that China is performing 60,000 to 100,000 transplants per year as opposed to 10,000 transplants claimed by the Chinese government, which is "an industrial-scale, state-directed organ transplantation system, controlled through national policies and funding, and implicating both the military and civilian healthcare systems."; and

WHEREAS, China's Liver Transplant Registry System indicated that more than 25 percent of cases were emergency transplants, for which an organ was found within days or even hours. Wait times for nonemergency liver transplants were usually quoted in weeks. Most patients in other countries have to wait years for a transplant; and

WHEREAS, the Chinese government claims that 90 percent of China's organ transplant sources come from executed prisoners. However, the number of executions has dropped 10 percent annually since 2002 and is far less than the number of transplants taking place. The government has never acknowledged the sourcing of organs from prisoners of conscience; and

WHEREAS, Falun Gong, a spiritual practice involving meditative "qigong" exercises and centered on the values of truthfulness, compassion, and forbearance, became immensely popular in China in the 1990s, with multiple estimates placing the number of practitioners at upwards of 70 million; and

WHEREAS, in July, 1999, the Chinese Communist Party launched an intensive, nationwide persecution, including physical and mental torture, designed to eradicate the spiritual practice of Falun Gong, reflecting the party's long-standing intolerance of large independent civil society groups; and

WHEREAS, Freedom House reported in 2015 that Falun Gong practitioners comprise the largest portion of prisoners of conscience in China and face an elevated risk of dying or being killed in custody; and

WHEREAS, the United Nations Committee Against Torture and the Special Rapporteur on Torture have expressed concern over the allegations of organ harvesting from Falun Gong prisoners and have called on the government of the People's Republic of China to increase accountability and transparency in the organ transplant system and punish those responsible for abuses; and

WHEREAS, in June, 2016, the United States House of Representatives unanimously passed House Resolution 343 condemning the systematic, state-sanctioned organ harvesting from Falun Gong and other prisoners of conscience; and

WHEREAS, organ tourism to China should not be shielded by medical confidentiality, but openly monitored. No nation should allow their citizens to go to China for organs until China has allowed a full investigation into organ harvesting of prisoners of conscience, both past and present.

NOW, THEREFORE, BE IT RESOLVED BY THE SENATE that the members of this body recommend as follows:

(2) That representatives of this state and of the United States call upon the government of the People's Republic of China to immediately end the 17-year persecution of the Falun Gong and release all Falun Gong practitioners and other prisoners of conscience;

(4) That measures should be taken to initiate a registry for residents of Georgia who travel abroad to receive organ transplants; and

(5) That measures should be taken to ban the entry of those who have participated in illegal removal of human tissues and organs, and seek prosecution of such individuals should they be found on the soil of this state.