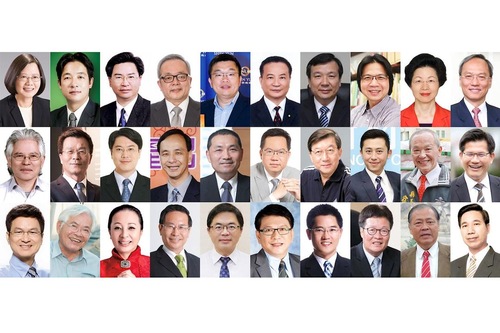 This year will be Shen Yun’s twelfth tour in Taiwan. The officials commended the classical Chinese dance company for its performances and its mission to revive traditional Chinese culture. 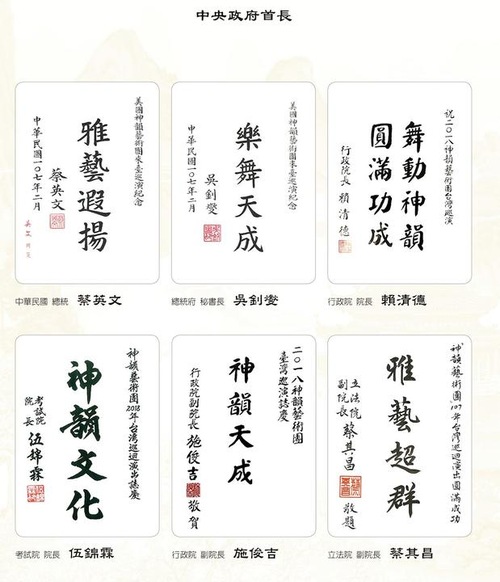 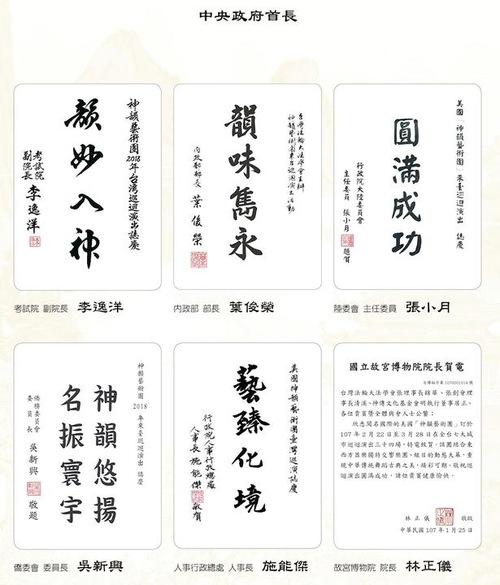 The mayors of the seven cities where Shen Yun is scheduled to perform gave a warm welcome.

Mayor Lin Chia-lung of Taichung said, “Shen Yun has toured across the world and performed in top-level theaters in hundreds of cities for 12 years. Shen Yun combines the arts of the East and the West. The 2018 show not only brings an exciting theater experience to the local people but also enriches the culture of Taichung with the superb performance.” 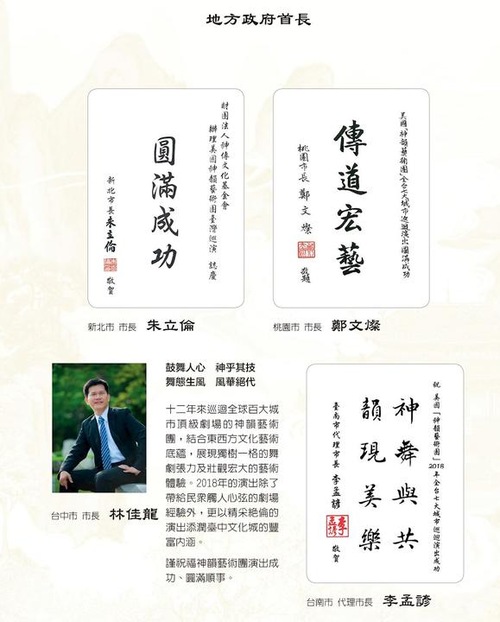 “Shen Yun will perform in seven cities in Taiwan. The elegant show will be popular in Taiwan,” stated Magistrate Lee Chin-yung of Yunlin County, “Shen Yun has profound cultural meaning, heroic legendary stories, and multicultural dancing. It is a rich and elegant artistic performance on stage. The live orchestra combines features of Eastern and Western musical instruments and complements the dancing. I believe that the pure, compassionate show will be meaningful in uplifting the morale of society.” 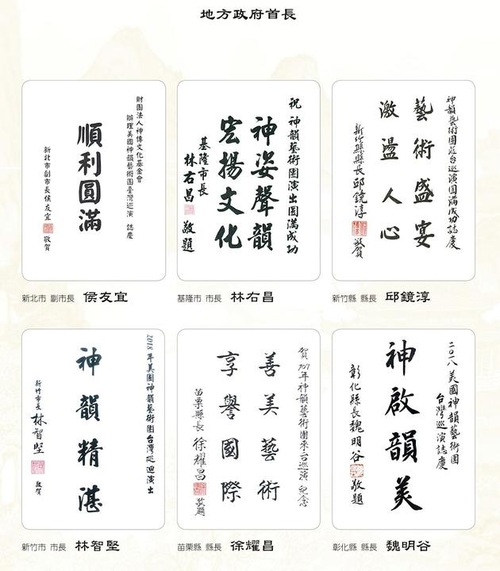 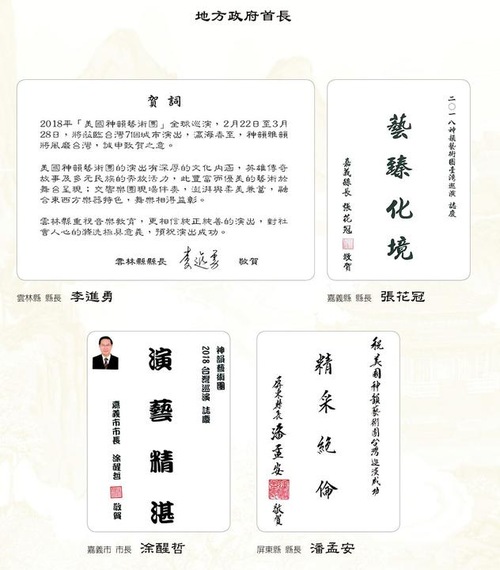 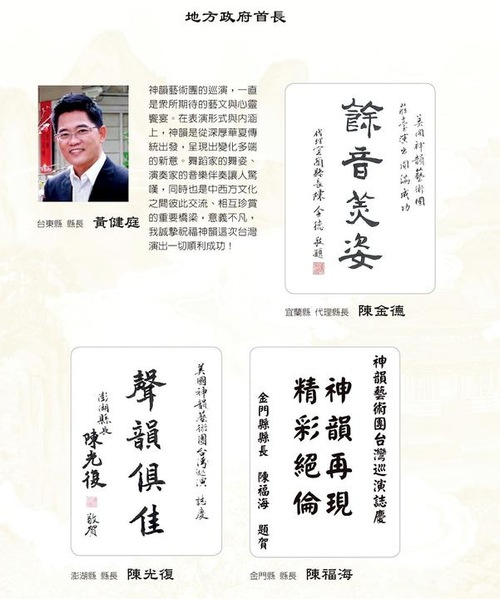 Magistrate Justin Huang of Taitung County wrote, “The tour performance of Shen Yun is highly anticipated by many people. In its performance and substance, Shen Yun starts from profound traditional Chinese culture and presents a diversified new show. The dancing and music are amazing and act as an important bridge in cultural exchange between the East and the West. This is significant.”

Shen Yun has gained popularity in Taiwan and has become a major event in cities where it performs. Legislators and councilors in those cities sent welcome messages to wish Shen Yun success. 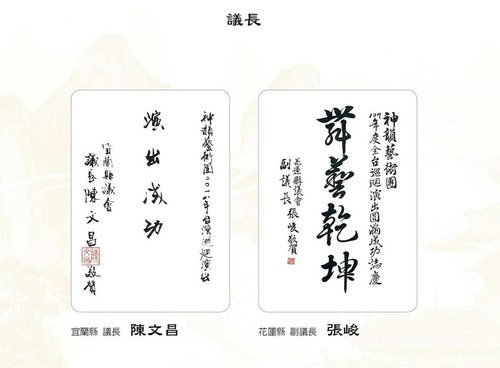 Legislator Tsai Yi-yu of Chiayi County said, “I admire Shen Yun, which has played the role of cultural ambassador for years. It spreads traditional Chinese culture across the world via brilliant dancing and a perfect combination of Eastern and Western musical instruments. The show inspires people's conscience and wins enthusiastic feedback.”

Shen Yun’s first show in Taipei this year will be on February 22 and has sold out. There will be 34 shows in seven cities. For more information, call 0800-888-358 or visit tw.ShenYun.com. 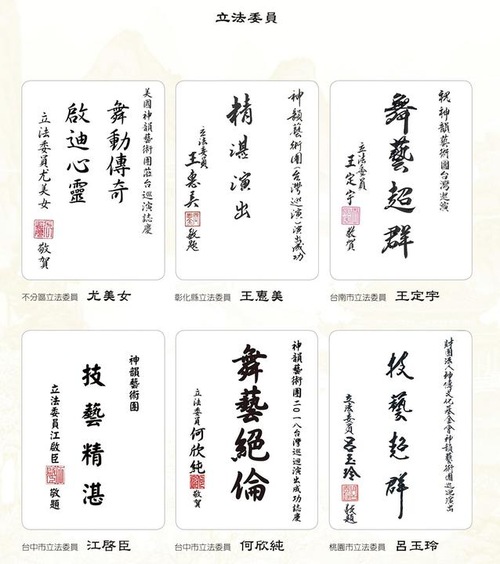 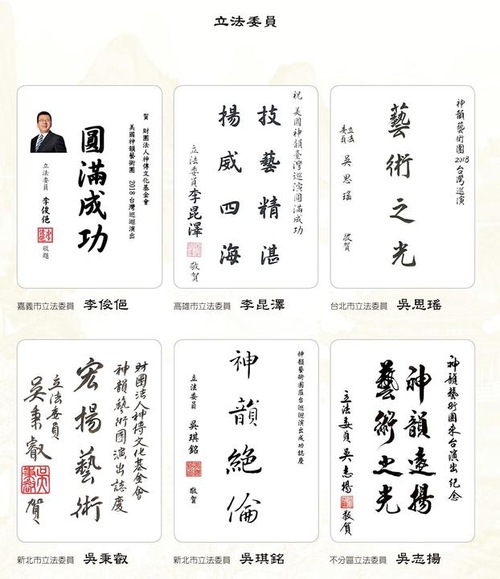 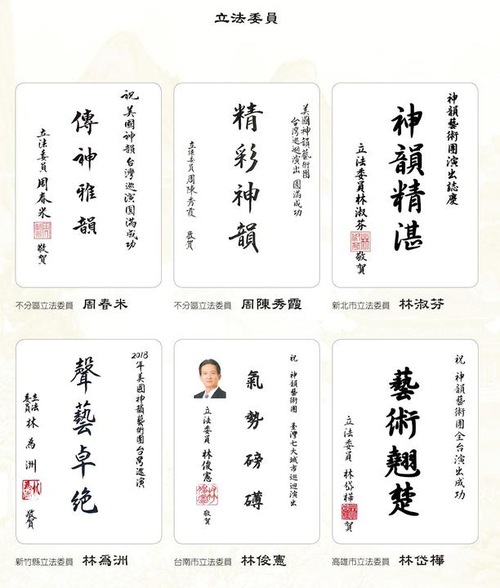 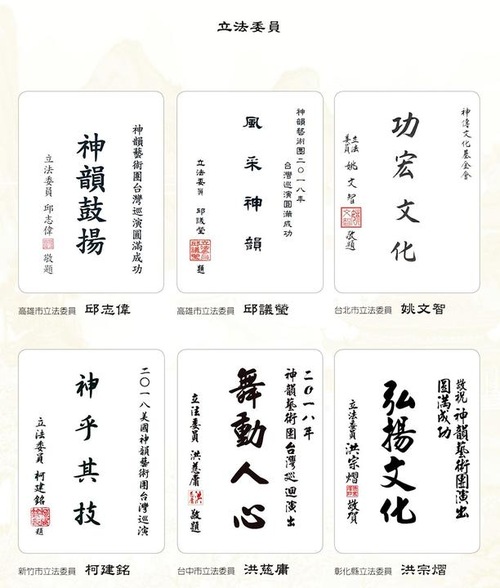 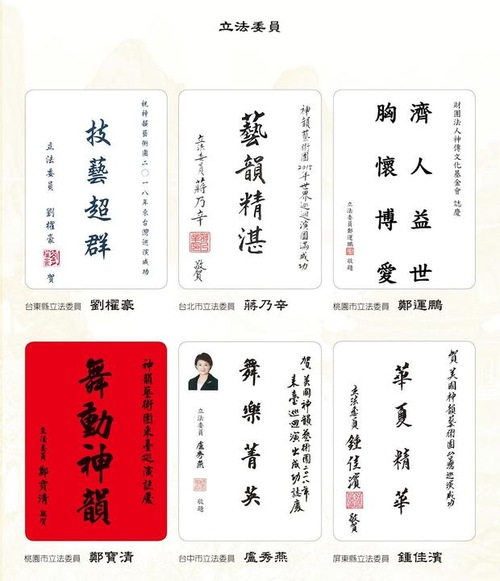 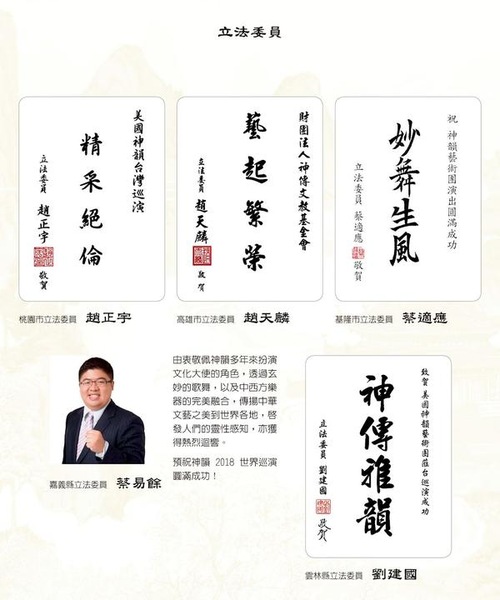 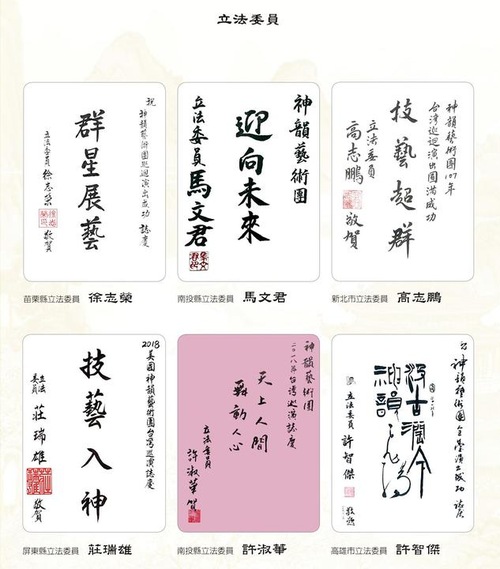 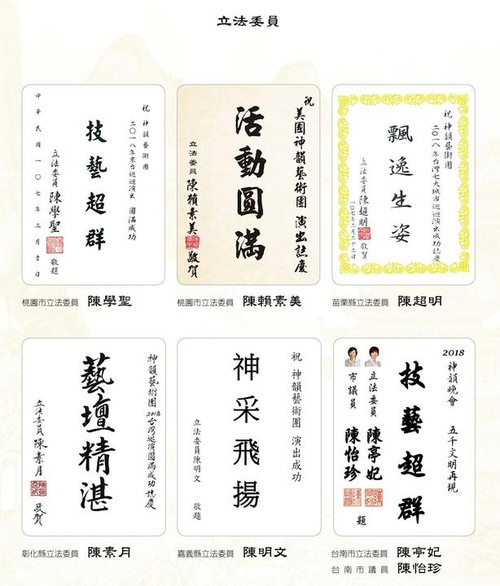 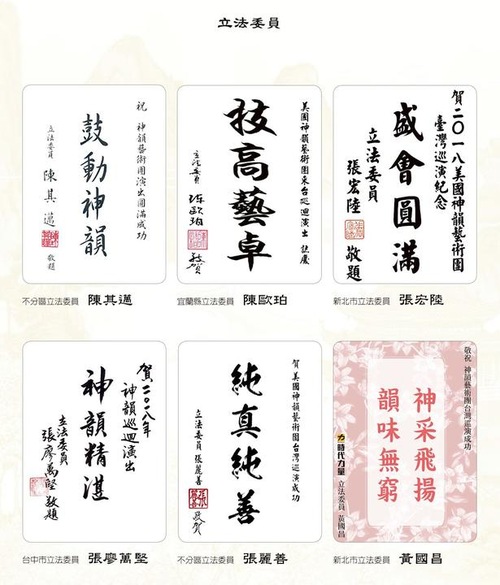 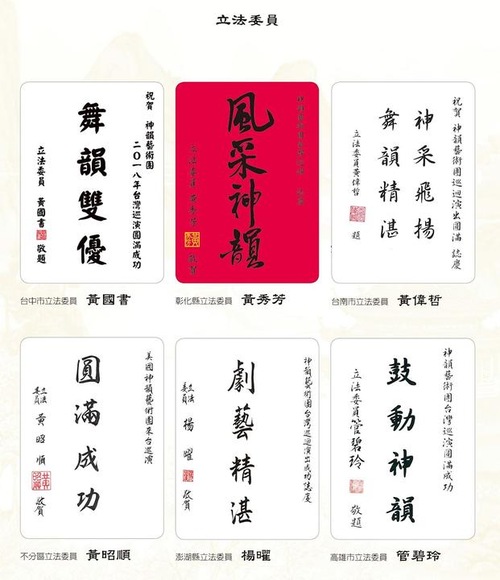 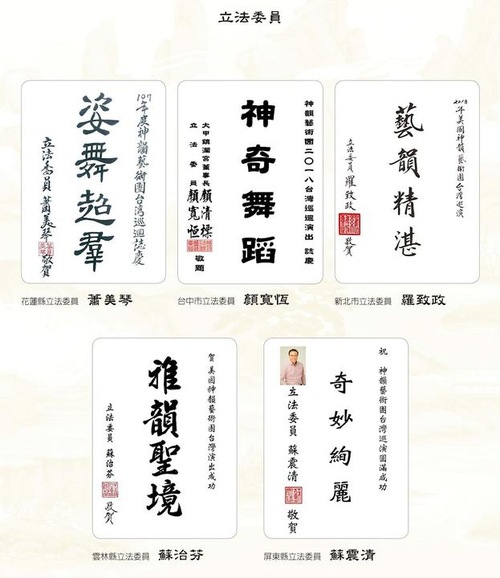