(Minghui.org) The five touring companies of Shen Yun Performing Arts have been performing on a tight schedule since the beginning of the season. Many times they have been scheduled to perform two shows a day for consecutive days, referred to as a “double-double,” as Shen Yun's principal dancer Betty Wang described in her blog.

After performing in Denver, Colorado, the Shen Yun New York Company left for the United Kingdom to perform 14 shows in London. On the other side of the world, the Shen Yun International Company finished performing in Australia and headed for Auckland, New Zealand. 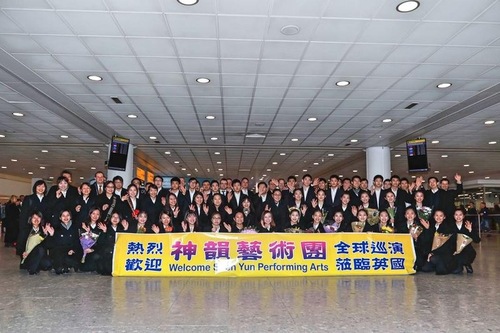 The Shen Yun New York Company arrived in London, United Kingdom, on February 14, 2018 to perform 14 shows starting on February 16. The shows have been sold out a week prior to the performances. 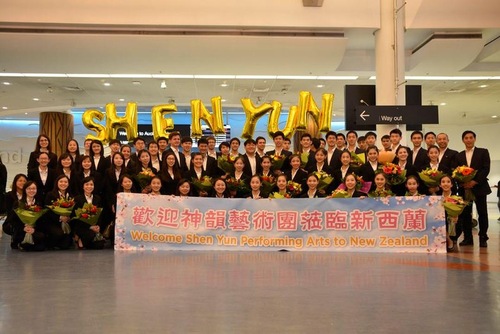 After performing in seven cities in Australia, the Shen Yun International Company arrived in Auckland, New Zealand on February 14 to perform three shows on February 17-18. 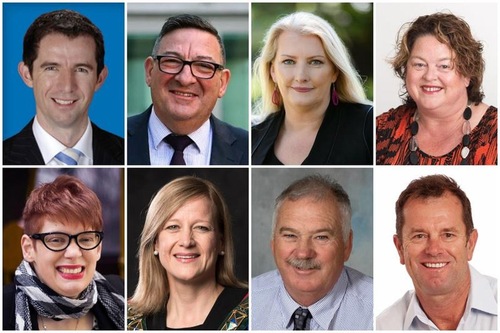 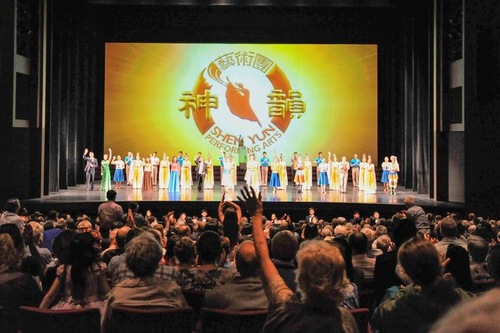 Performance by the Shen Yun International Company at the Adelaide Festival Centre in Australia on the evening of February 13, 2018. 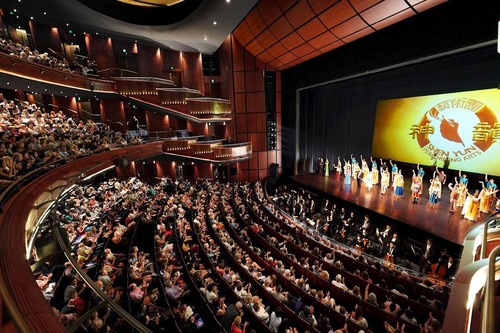 Performance by the Shen Yun International Company at the Sydney Lyric Theatre on February 10. The company presented seven sold-out shows in Sydney, Australia on February 7-11, 2018. 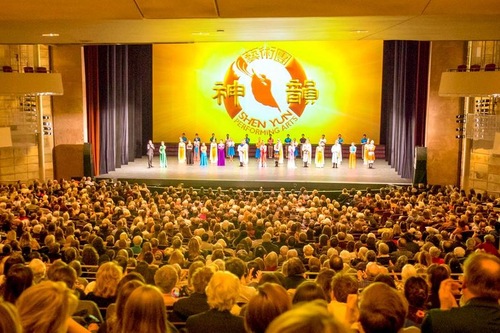 Curtain call by Shen Yun New York Company at the Buell Theatre in Denver, Colorado on the afternoon of February 10, 2018 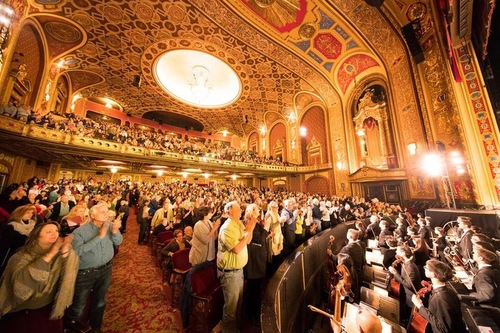 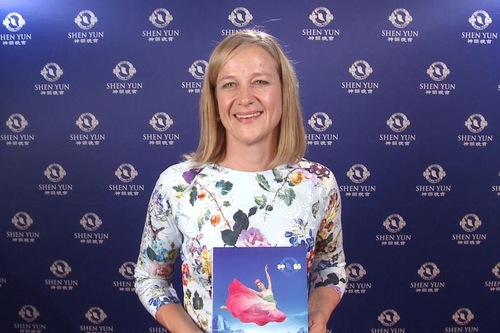 Angela Evans, mayor of Charles Sturt, at the Shen Yun performance in Adelaide, Australia, on February 13, 2018

“This is an energetic and passionate representation of the life of people in the past,” said Angela Evans, the mayor of the City of Charles Sturt in South Australia.

“Each of those stories have a really strong message that even though it’s not spoken in words, it’s communicated really well through dance and movement,” Ms. Evans said.

“Dances like that transcend words. It transcends the cultural barriers that we often have between us and it’s a very relatable form of telling a story,” she said. 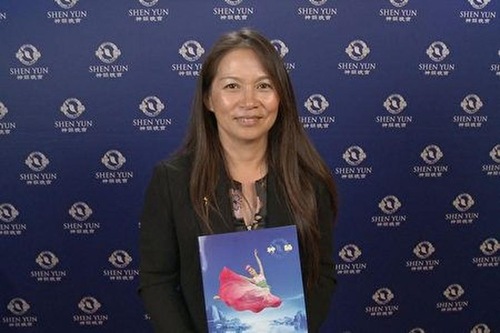 Oanh Nguyen, councillor of the City of Charles Sturt, at the Adelaide Festival Centre on February 13, 2018

“It is such, such a world class performance, and it is such a privilege to be able to see the different culture,” said Oanh Nguyen, councillor of the City of Charles Sturt.

“It’s been fantastic... such a thing should be treasured.” 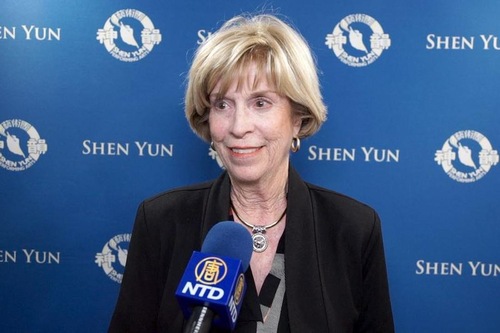 Kathy Turley, councilor of the City of Centennial in Colorado, at the Buell Theatre in Denver on February 11, 2018

“It is very enlightening... The performance is such precision—just wonderful. So very impressed,” said Kathy Turley, councilor of the City of Centennial in Colorado.

“The orchestra was wonderful, absolutely wonderful complement to the dance,” she said.

“With the orchestra, and the [digital] backdrop, and the costumes, and the storytelling, it was a complete, comprehensive picture of China,” Ms. Turley said. 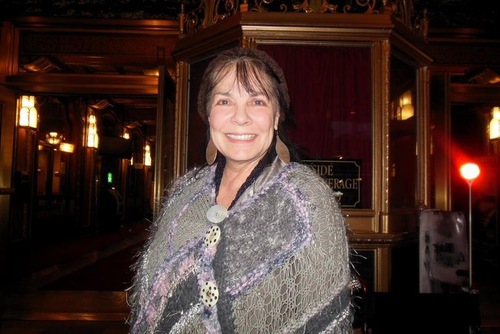 Suzanne Lockwood, singer and master of ceremonies, at the Providence Performing Arts Center in Providence, Rhode Island, on February 11, 2018

“Very moving... I was crying through most of it. It was so beautiful,” said Suzanne Lockwood, a singer and master of ceremonies.

“I love the fact that it was really about the universe and love, and the power of love,” she said.

“The message to me: We live in a tiny world, really. It seems like we live in a huge world, but really, we are all together as human beings. We have to take care of each other,” Ms. Lockwood said. 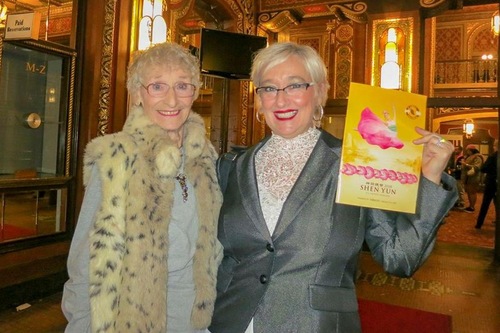 Jodi Palmieri (right), artistic director and owner of the Jodi Palmieri Dance Company, with her mother Judy Rodrigues at the Shen Yun performance in Providence, Rhode Island, on February 10, 2018

“It was stunning—every moment, every picture... The joy and love,” said Jodi Palmieri, the artistic director and owner of the Jodi Palmieri Dance Company.

“Every single [dancer] smiled and was engaged, and you felt like you were transformed. You were taken away. You were on a journey with them. It was fantastically staged,” she said.

“Loved every moment of it” 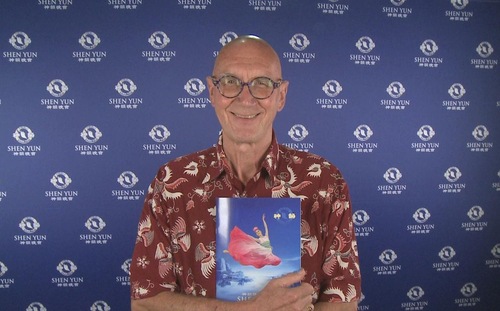 Paul Heinrich, dramatist and drama teacher, at the Sydney Lyric Theatre on February 8, 2018

“I loved every moment of it,” said Paul Heinrich, a dramatist and drama teacher.

“It was a wonderful show and the skill level is just phenomenal—just really phenomenal,” he said.

“When they were doing those incredible flips, you couldn’t hear them land on the stage. When they landed, their feet were just so like feathers. It was beautiful work,” Mr. Heinrich said.

Shen Yun will continue its tour with upcoming performances in Phoenix, Arizona on February 20–25; Philadelphia, Pennsylvania on February 23–March 11; Midland, Texas on February 28; and Auckland, New Zealand on February 17–18. For more information on tickets and dates, please visit http://shenyun.com.

“Informing People in a Remote Mountainous Area about Falun Dafa”