Passersby in London’s Chinatown Find Out About Falun Gong

Many people signed a petition calling on the Chinese regime to end the persecution and to stop removing organs from living practitioners for transplants. 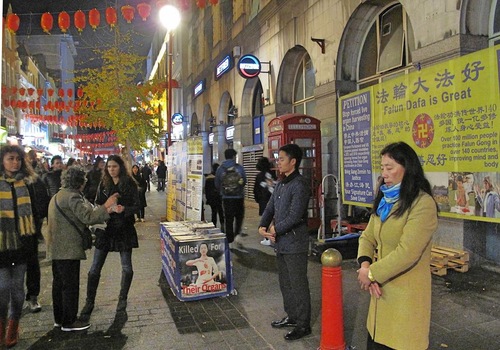 Falun Gong practitioners set up a table in London’s Chinatown. 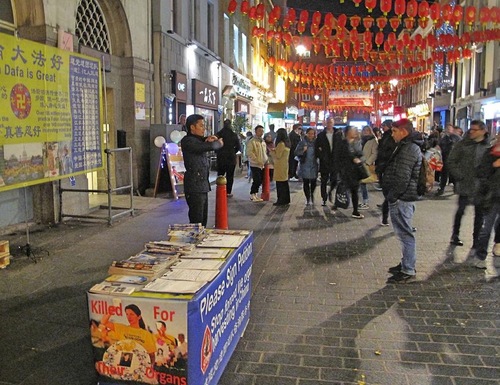 Passersby pause to read the posters and watch a practitioner demonstrate the exercises. 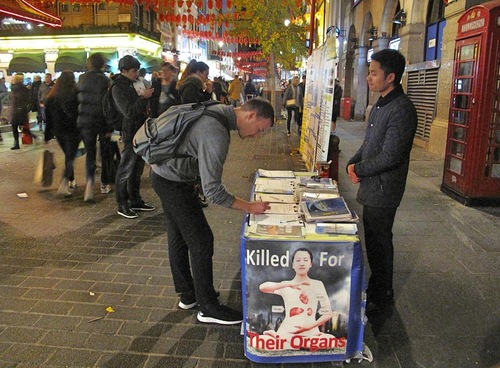 A passerby signs the petition condemning the persecution. 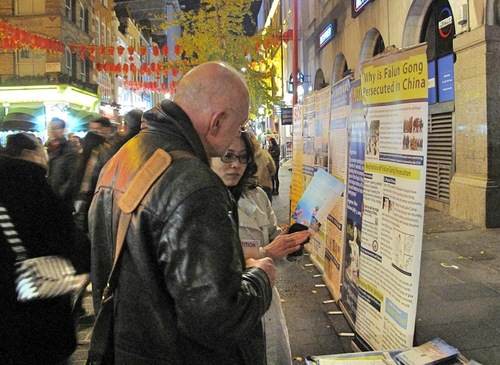 A Falun Gong practitioner explains the persecution to Andrew, a retired lawyer.

Andrew is a retired lawyer who first heard about Falun Gong a number of years ago. He signed the petition condemning the persecution and told practitioners that harvesting organs from living people is horrifying. He said that China's citizens should be able to enjoy human rights like the people in England and other free countries. He said it was unacceptable that people were persecuted for their faith.

Poet Believes in the Power of Peace 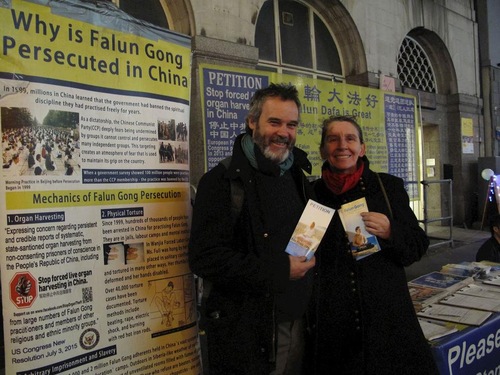 Max and Lisa in London's Chinatown

Lisa is a poet living near London. In Chinatown with her friend Max, they both stopped to read the posters. Max had heard about Falun Gong and the persecution many years ago and couldn’t believe that the persecution was still going on. He commented that people absolutely should have the right to choose to use meditation to improve their physical fitness.

Lisa agreed with the practitioners’ peaceful protest. “Holding that peace has power to it,” she said. Max agreed with her, “This is the peacefulness we need.” 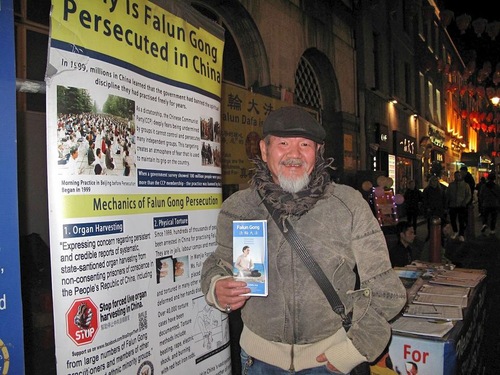 Saki, a chef originally from Japan, has lived in London for 33 years. He is also a Buddhist. He had a hard time understanding why the Chinese regime doesn’t allow its citizens to have spiritual beliefs. A practitioner told him that Falun Gong teaches Truthfulness, Compassion, and Forbearance, which is the opposite of the Chinese regime’s ideology, and explained why the regime systemically persecutes this and other forms of traditional Chinese culture. Saki said that Falun Gong’s teachings resonated with him and he thought it was great that Falun Gong was trying to revive traditional Chinese culture. He said he was able to feel an energy radiating from the practitioners while they meditated.

Woman from Romania: “Communism Wants to Destroy Everything” 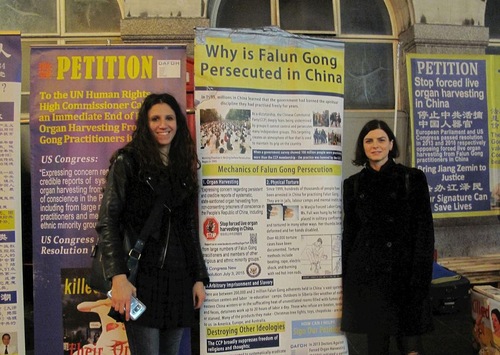 Andera and Laluka support practitioners’ efforts to end the persecution.

Andera and Laluka are both from Romania and work in London. After they learned about what was happening in the persecution, both of them signed the petition. Andera said she had heard about the atrocities of organ harvesting from living practitioners. Laluka said she was interested in qigong and wanted to learn the practice.

Both Andera’s parents and her grandparents experienced the horrors of a communist regime. “I signed the petition to help stop the persecution. Coming from Romania I know that communism is very destructive. It wants to destroy everything, including thoughts, people, families, and religions. Everything.”

Laluka said she understands that the Chinese regime fears Falun Gong because it brings people to higher spiritual levels and the communist party feared it would not be able to control its people. She said she held practitioners in high regard for holding on to their beliefs despite adversity. 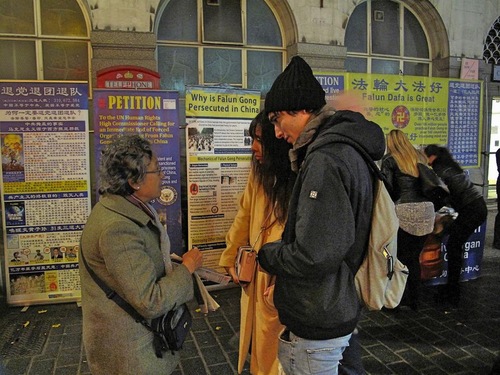 Two Italians tourists encountered the activities in London's Chinatown and learned about Falun Gong for the first time. The man was shocked and said that people should be able to believe whatever they want. He had a hard time believing that a government could do this to its own people. “[The Chinese communist regime] must be crazy to treat its people that way,” he said.