(Minghui.org) Despite the high heat in Taipei on the last weekend of September, an increasing number of tourists from mainland China took advantage of their holidays to visit Taiwan. They had the opportunity to learn the facts of Falun Gong in front of the Sun Yat-sen Memorial Hall. The following are a few incidents. 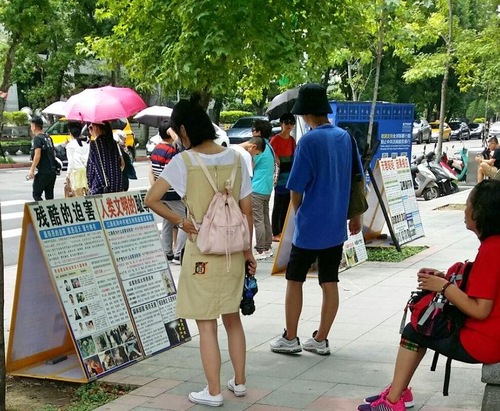 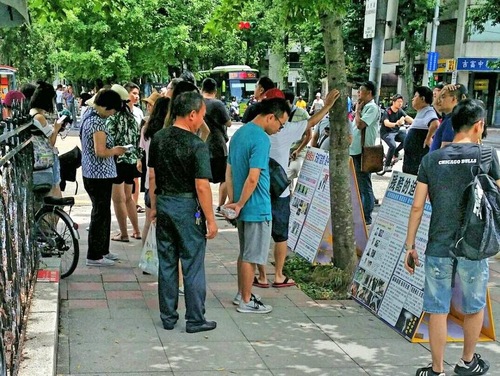 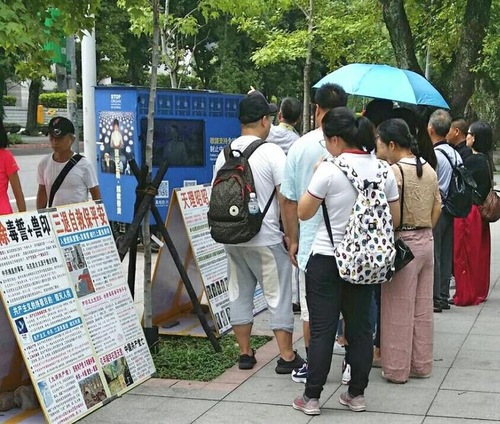 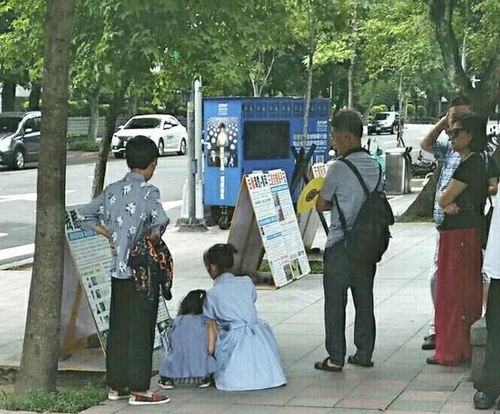 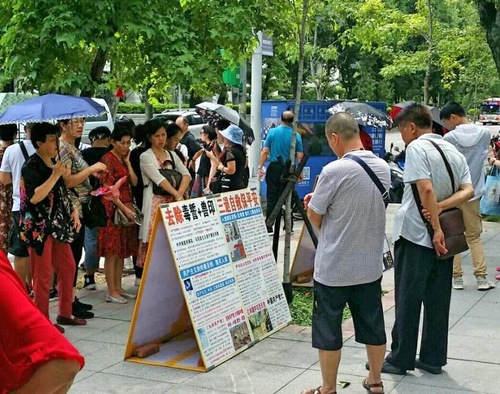 A tour guide introduced to his group when passing Falun Gong display boards, “Take a look. You will find this Taiwan's specialty at every tourist site. It's called truth clarification display boards! They are the best blessings to you from Falun Gong practitioners. Take a good look. We will meet here after watching the ceremony at Memorial Hall.”

Another tour guide told his group with a smile, “For your entire visit in Taiwan, as long as you see Falun Gong, you will know you are on the right track. It's always our gathering place. I will wait for you here!”

Mr. Qiu, a local resident who lives near Memorial Hall happened to pass by around noon. He said, “It's so hot today, but you are still so devoted! You Falun Gong practitioners are so kind and persistent! I have got to know many of your faces after all these years. You are truly remarkable!”

He added, “I know Falun Gong has done a lot for our society. You promote traditional Chinese culture with your Shen Yun Performing Arts and Orchestra. These benefit our society. I know it. Taiwan is a place of freedom and democracy. We shouldn't allow the communist flag here!”

A young couple from Fujian Province approached Falun Gong practitioners to ask for directions. The husband said pointing at the display boards, “I have broken through the internet blockade in China and read this before. My friends have also broken through the blockade and read about it from the internet. None of us believe in the communist party. I have also read the Nine Commentaries on the Communist Party. It is very true. No one in China likes Jiang Zemin (the former leader). He will be punished for the wicked things he has done.”

“March in Prague Raises Awareness of Persecution in China”