(Minghui.org) Falun Gong practitioners and supporters recently held a march supporting the 315 million plus Chinese people who have renounced the Chinese Communist Party (CCP) and its affiliated organizations. The march began in Clarence Square Park in downtown Toronto and took place on September 29, 2018. The procession was headed by the Tian Guo Marching Band. 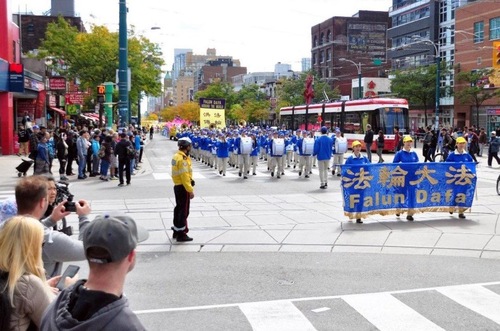 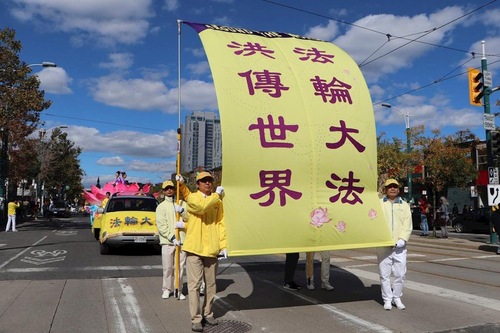 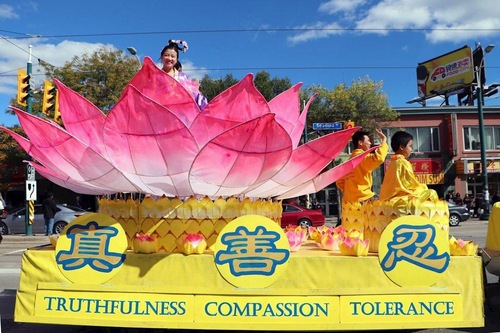 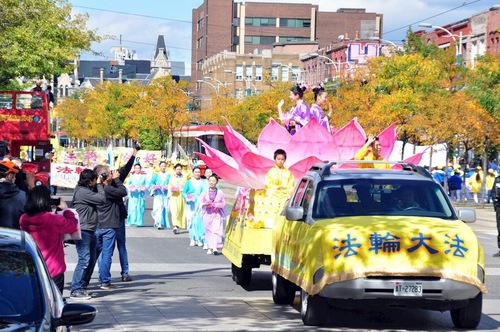 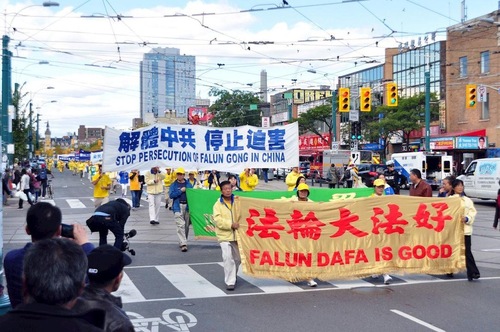 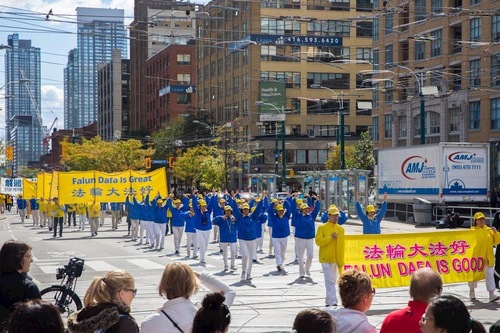 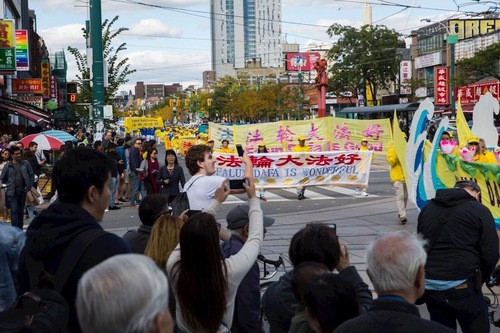 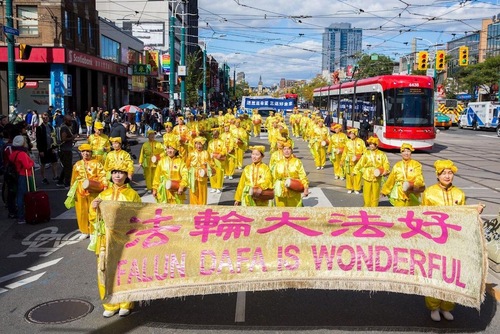 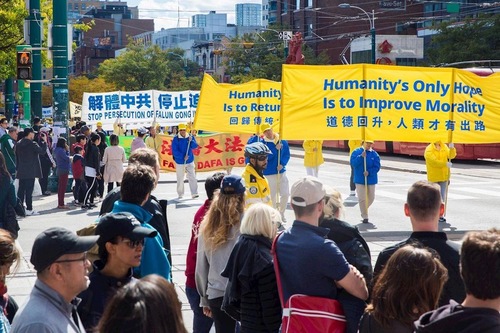 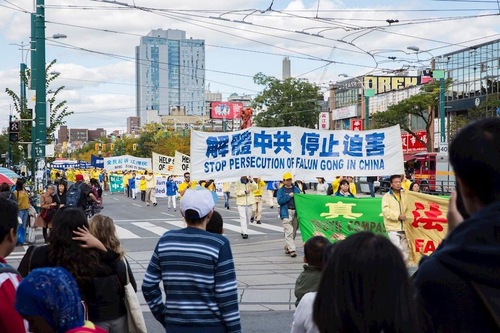 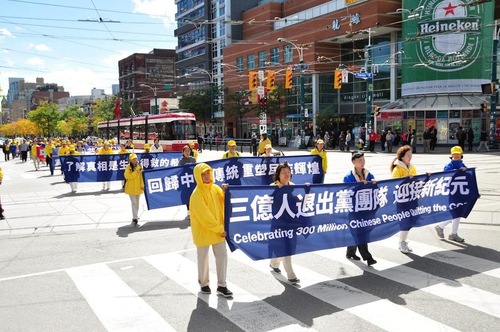 “I Have Learned Good Things from This March.”

Pedro is visiting Toronto from Portugal. He said after reading a flyer, “I read it and suddenly was interested in the meditation practice. I wish to learn it, as I was looking for a meditation way. I think I have found it.”

He continued, “I saw a message from the march: the meditation practice is being persecuted in China. I was appalled and did not understand why such a good practice was persecuted.

“I walked back to ask the lady who gave me the flyer. She explained to me about the persecution in China. Now I understand why. I will let more people know this. I completely support your effort against the persecution. I thank the march, as I have learned good things from this march.” 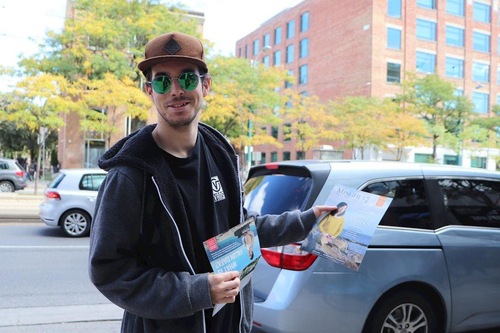 Vietnamese Immigrant: I Support You! 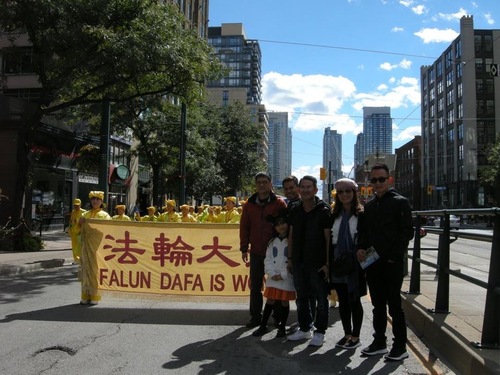 Scuong and friends in front of Falun Gong procession

Scuong and friends from Vietnam were happy to see the march. He said, “My country is also controlled by the communist party. I hate it. That's why I immigrated to Canada. There is no freedom and human rights under communist control.”

After learning that the CCP conducts state-sanctioned live organ harvesting of Falun Gong practitioners in China for profit, he said, “I know the Chinese Communist Party is evil. Let's protest the persecution and call for human rights. I am happy to see you spreading the message in this way. I support you Falun Gong practitioners!” 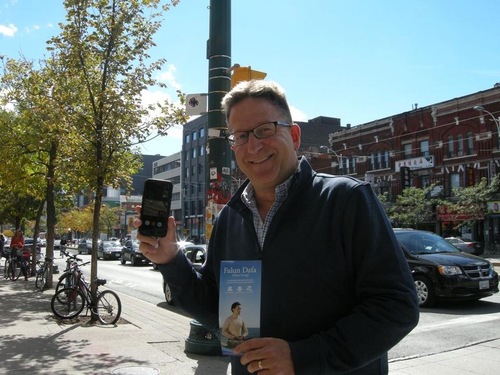 Steve Handler from Boston is a realtor. He passed by the march and was video chatting with his daughter, Kayla, studying at the University of Maryland.

Steve said, “The march is beautiful and full of positive messages.” Kayla said in the video chat, “I love this march!”

Related article in Chinese:“You have done a good thing.”