(Minghui.org) Falun Gong practitioners from all over the world have participated in different local community events in the last two decades, introducing this spiritual exercise to the public and exposing the severe persecution of it in China. Their efforts have been well rewarded. More and more people have joined this cultivation practice and have spoken out supporting the peaceful resistance.

The Spirit of Shrewsbury in Massachusetts

The annual Spirit of Shrewsbury attracted more than 2,000 visitors last Saturday. Among 100 groups, local Falun Gong practitioners also set up a booth, demonstrating the exercises and calling to help stop the persecution in China. 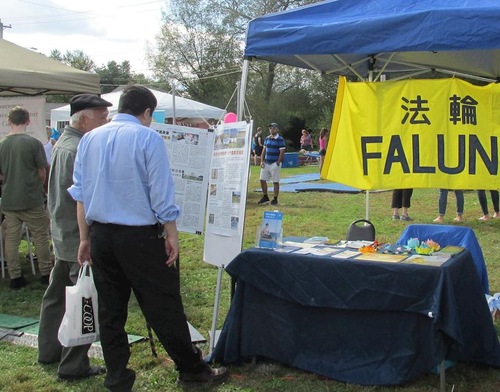 John, a local computer engineer, stopped by the practitioners' booth and talked to them for a long time.

John said that he had heard about Falun Gong and the persecution two years ago through the Shen Yun Performing Arts show.

“I never understood why the Chinese government persecutes such a good practice. It is not wise, because it doesn't do the government any good,” John said.

He added: “It seems that modern society is well developed. Everybody pursues money, but forgets about the traditional moral values. It is great that Falun Gong tries to restore those values.”

Joanne, a college professor, viewed the display boards and asked many questions. She took photos of the materials, and planned to tell her Chinese students what she learned today.

She told the practitioners: “Those students were told in China that everything in China is good. They really should learn about the persecution of Falun Gong in China.”

Many people at the festival signed the petition that calls for the end of the persecution.

The Irvine Global Village Festival, held on September 22 this year, is the largest multi-cultural event in Orange County. More than 300 groups participated in it, and about 10,000 visitors came to the event this year.

For many years in a row, local Falun Gong practitioners have set up a booth and collected signatures that condemn the persecution. 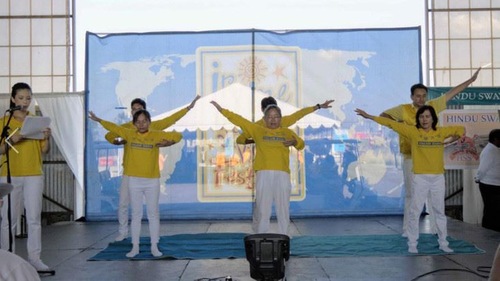 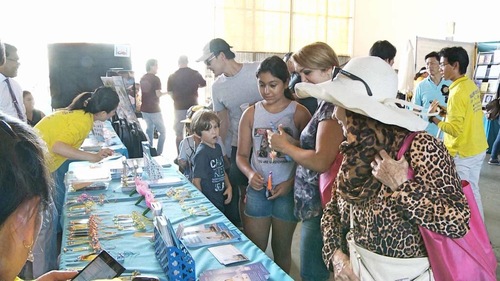 “Your group is the best in the parade,” he said, “I told myself that I should learn more about this practice. It is great to run into you here.”

He took a stack of materials and asked for the contact information of the local exercise site.

A fan of yoga talked to the practitioners for a long time. She was happy to learn that Falun Gong is not only just a physical exercise, but also has the spiritual component that teaches the principles of Truthfulness-Compassion-Forbearance. She took a picture of the practitioners' banner, which she said will be shared with her friends.

The LarkFest in New York

The 37th LarkFest was held in Albany, NY, on September 22 from 10:00 a.m. to 6:00 p.m. with waves of people stopping at the practitioners' booth. Many learned the exercises or signed the petition. 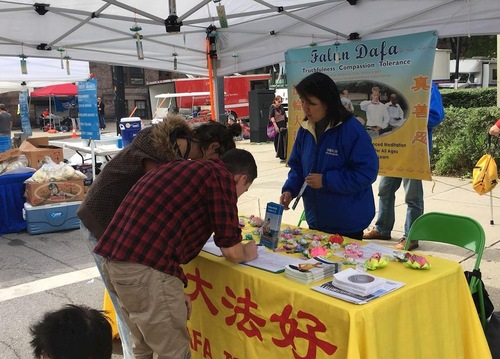 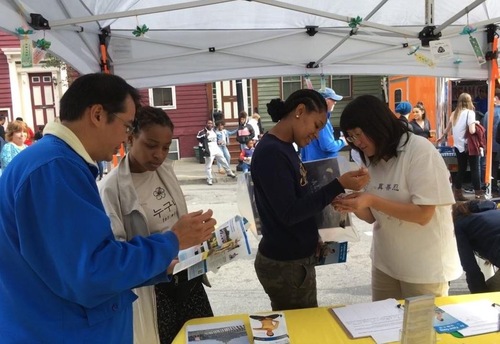 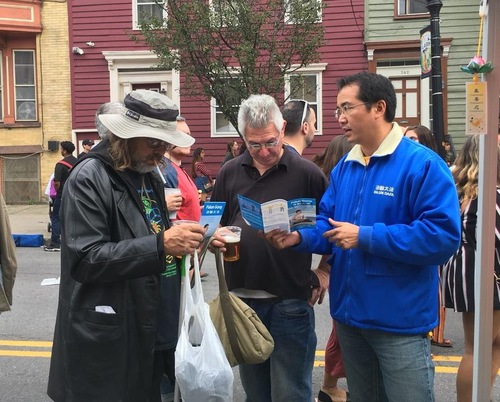 Talking to people about the exercises and the persecution. 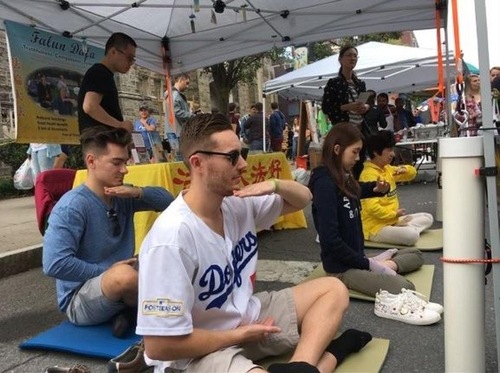