(Minghui.org) Today's news from China includes incidents of persecution that took place in 4 cities or counties in 4 provinces. According to this report, 2 Falun Gong practitioners were subjected to mistreatment during their detention and at least 3 were illegally arrested. 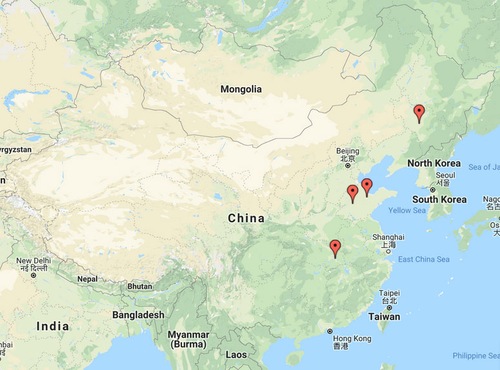 Ms. Han Xueyan has been held in the Changchun City No. 4 Detention Center for more than 20 days.

A young practitioner with the last name Wang was arrested by Huangzhou District Domestic Security Division officers in the early hours of September 29, 2018. Wang is being held in the Huangzhou No. 2 Detention Center.

Ms. Wang Chuanju and another practitioner, from the Dafeng Mine, Feicheng Mining Bureau, were arrested by Hutun Town Police Station officers when they were distributing Falun Gong materials in Hutun on the morning of September 17, 2018.

The officers ransacked Ms. Wang's home that afternoon and confiscated a computer, printer, printing materials, and over 10,000 yuan in cash.

It is believed that both practitioners are being held in the Tai'an City Detention Center.

Ms. Li Xiuzhen, from Nanhu Village, in the jurisdiction of the Shengcheng Neighborhood Administration Office, was arrested by Zhanqian Police Station officers when she was working around October 2, 2018.

“After 6.5 Years of Incarceration, Pediatrician Sentenced to Another 4.5 Years for Refusing to Renounce His Faith”