Geneva, Switzerland: Raising Awareness about the Brutality in China

(Minghui.org) Falun Dafa practitioners near Geneva came to rue du Marché on January 24, 2017, to tell people about the practice and the ongoing suppression of Falun Dafa in China. Located between the historical Old Town and the lake, rue du Marché is a major shopping area that attracts many people. 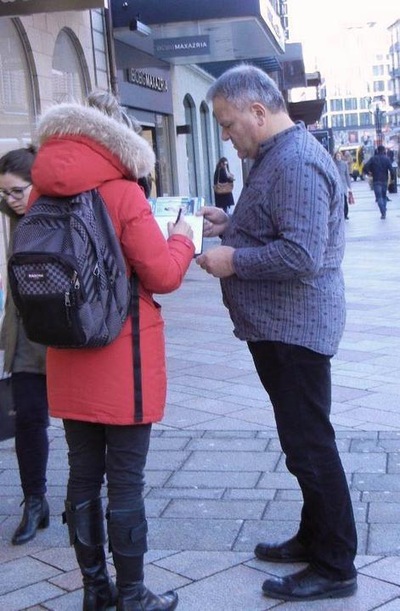 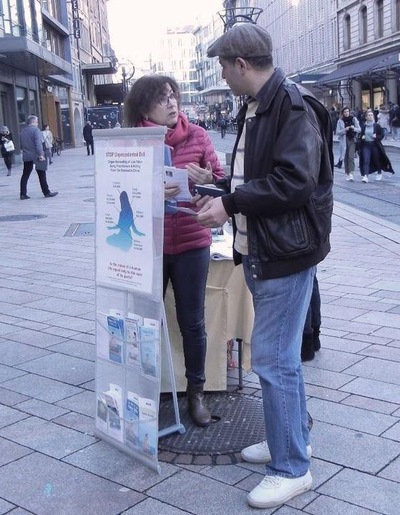 One middle-aged woman and her mother signed a petition urging an end to the persecution in China, including the organ harvesting from living practitioners. They said they had heard about Falun Dafa from television and had seen practitioners doing the exercises in a park. The mother said, “We know you are doing the right thing and we support you.”

Surprised and disturbed upon hearing of the mistreatment practitioners have suffered in China for their belief, one couple called the atrocities and the state-sanctioned forced organ harvesting “horrible.”

Two women were also shocked to hear this and both signed the petition. One of them said her 8-month-old daughter needed an organ transplant. “I know many of the organ transplant advertisements in China have problems. And I do not want someone to get killed because of my daughter.” 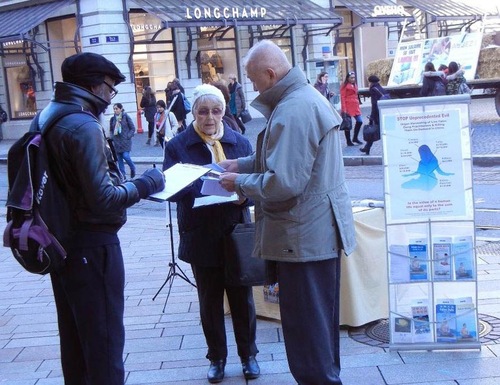 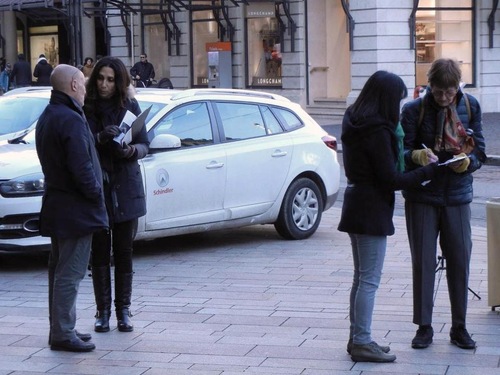 Many passersby sign the petition after hearing about the suppression in China.

Due to it being the election season, a group of about a dozen people were campaigning for a government position in a nearby booth. Upon hearing about forced organ harvesting in China, most of the participants signed the petition. One of them asked about times and locations for group exercises. He said, “My wife already told me a long time ago that she wants to join the exercises.”

After hearing about the health benefits of Falun Dafa, one middle-aged man said he would like to practice it. One older woman did the same and expressed hope that her health problems including arthritis could be resolved.

“What I Saw When I was Angry”

“Cultivating Myself in the Course of Clarifying the Truth”