(Minghui.org) A rally was held in front of the Chinese Embassy in Washington D.C. on August 4 to protest the untimely death of Mr. Yang Yuyong, who had been imprisoned and tortured for his belief in Falun Gong. Demonstrators also called for the release of Mr. Yang's wife and their own loved ones detained in China for practicing Falun Gong. 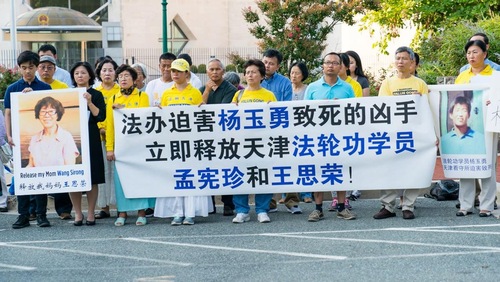 Rally in front of the Chinese Embassy in Washington D.C.

Mr. Yang Yuyong, a practitioner from Wuqing District in Tianjin City, China, died on July 11 in Wuqing Detention Center. Evidence revealed that he had suffered severe physical torture before his death. His family saw large wounds and bruises on his body in the hospital. There was blood in his eyes and ears, and a large cut on his ear. His toes had been pierced by sharp objects.

Tianjin authorities sent a mob of police officers, in 14 police cars, who took the body away by force.

Mr. Yang's wife, Meng Xianzhen, has been jailed in a detention center since her arrest on December 7, 2016. 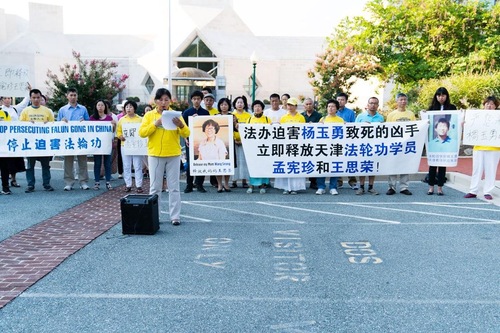 Ms. Yu Jing, a friend of Mr.Yang's, gave a speech at the rally.

“I was shocked when I heard the news,” said Ms. Yu Jing, who had been acquainted with Mr. Yang before moving to the United States. “Such a nice guy, who was in great health, lost his life so quickly and so brutally. It is hard to bear.”

In her speech at the rally, she described Mr. Yang as “a happy and responsible person, always glad to help people. He was well-liked in his neighborhood.”

Ms. Xu Runtao said at the rally that Mr. Yang's death heightens her fears for her mother, who is currently detained in the same city for her belief in Falun Gong. Her mother, Ms. Wang Sirong, has been detained since February 2017. 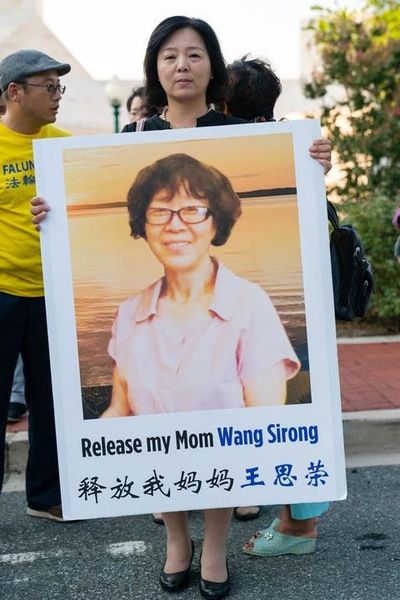 Xu Runtao called for the release of her mother Wang Sirong and other imprisoned practitioners in China.

“My Faith Saw Me Through a Life-and-Death Test”