(Minghui.org) Many Londoners were happy to see Falun Gong again at the East Finchley Festival on June 25, a community event held at Cherry Tree Wood Park, north London. The festival has been getting larger each year. This year's theme was “Kings and Queens,” with more than 80 groups participating in the event. 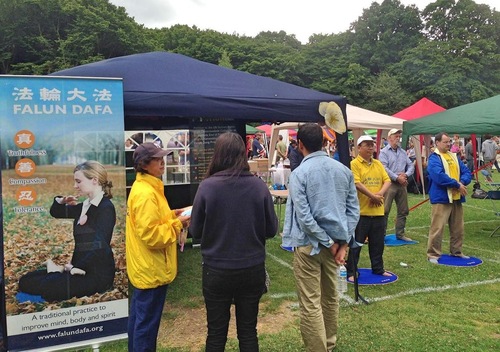 Many people had never heard of Falun Gong before. Once they learned about the practice and the persecution in China, they signed the petition right away. Some visitors already knew a great deal about the persecution. They were glad to have a chance to express their support and commended practitioners for standing up to the brutal communist regime. 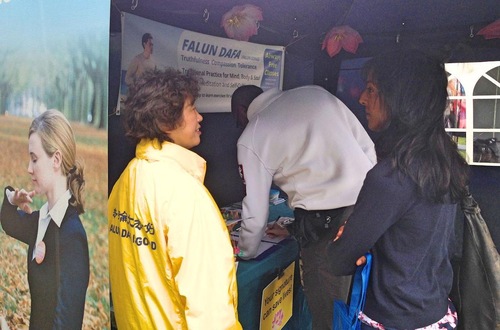 People sign the petition to support Falun Gong's peaceful resistance to the persecution in China. 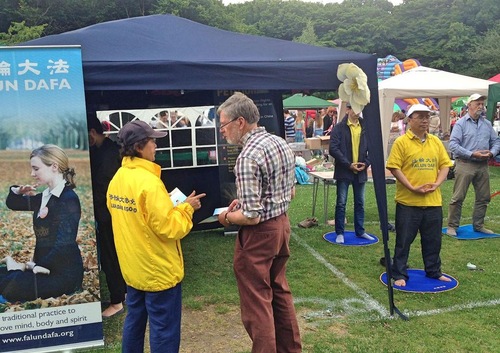 A retired teacher had strong words about the persecution.

John, a retired teacher, talked to practitioners for a long time. He was very disturbed by the persecution.

“We must stand up to protect human rights,” he said. “This is very important. I'm a Christian, and I found your guiding principles, Truthfulness-Compassion-Forbearance, wonderful. I believe that Christians should follow these values.” 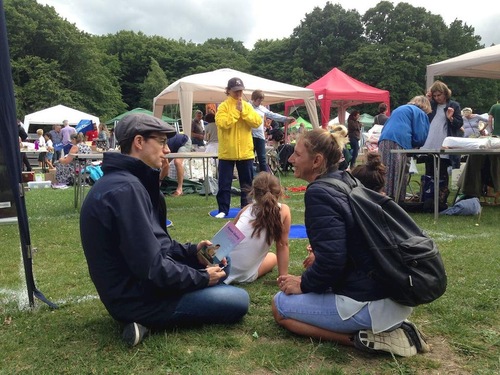 Elena, a visitor at the festival, learns about the Falun Gong exercises.

Elena felt a strong energy field around practitioners. She watched the exercise demonstration and asked a practitioner many questions. She said, “This is what I should learn. I feel very close to you. I am so lucky to run into you guys.”

She said she planned to join a local exercise site as soon as possible. 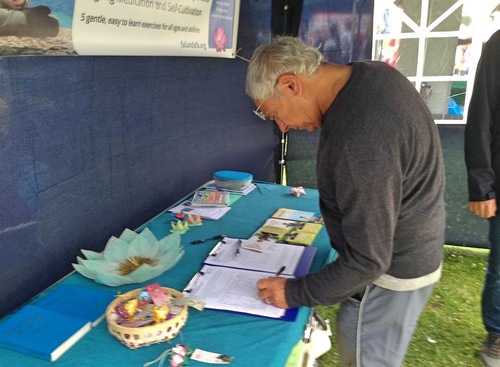 This gentleman signed the petition and wanted to buy a copy of Zhuan Falun (the main book of Falun Gong).

Brian, a local taxi driver, said that he often drives by the Chinese Embassy and sees Falun Gong activities there.

Brian signed the petition and asked where he could buy a copy of Zhuan Falun.

He told the practitioners that he admires their peaceful resistance.

“You guys have been protesting in front of the Chinese Embassy for more than 10 years, right? How can those people not be moved? People are getting so selfish. We should keep our conscience.” 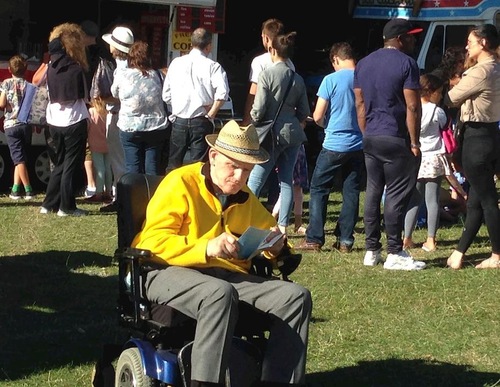 Mike signed the petition and said, “Good job. You must keep spreading this information.”

“A New Practitioner: Getting Rid of My Attachment to Fear”