(Minghui.org) The Pennsylvania House of Representatives recently passed its second resolution in three years to condemn forced organ harvesting from Falun Gong practitioners and other detained prisoners of conscience.

House Resolution 27, which passed on April 25, 2017, encourages the medical community in Pennsylvania to help raise awareness of unethical organ transplant practices in China.

A similar resolution, House Resolution 1052, was passed on October 8, 2014. Matthew Baker, majority chairman of the House Health Committee and prime sponsor of both resolutions, said more such efforts are needed on a national and international level. 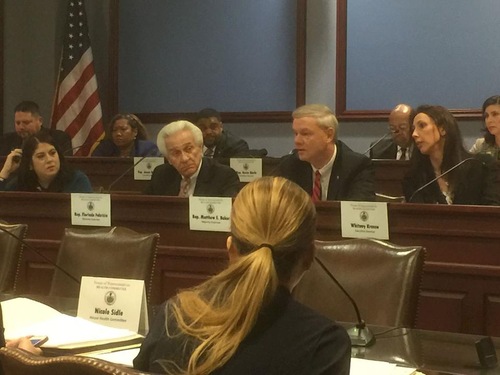 Hearing on House Resolution 27 in the House Health Committee on February 8, 2017

He said, “I am proud of the legislature for unanimously approving this resolution. But unless our nation and the international community come together to condemn this and to engage in diplomatic action, as well as impose economic sanctions against China to stop the organ harvesting for profit and killing of humans, I suspect this terrible practice will continue.”

Practitioners in China have been subjected to arrest, detention, imprisonment, brainwashing, and torture since the suppression of Falun Gong began in 1999.

In 2006, two sources testified publicly that organs were harvested from living Falun Gong practitioners in China. Several months later, David Matas, an international human rights lawyer, and David Kilgour, former Canadian Secretary of State (Asia-Pacific), published a report documenting their findings. A wealth of evidence has since been collected confirming the existence of forced organ harvesting in China.

Philadelphia physician Dr. Ann Corson explained that new evidence has become available since Pennsylvania passed House Resolution 1052 in 2014. For example, Doctors Against Forced Organ Harvesting (DAFOH) released a report in March 2016 indicating that the estimated number of actual transplants that took place in China far exceeded the number published by the Chinese government.

Ethan Gutmann, an award-winning journalist and human rights investigator, along with Matas and Kilgour, released an updated investigation report in June 2016 with data gathered directly from Chinese sources. Their report shows that 60,000 to 100,000 transplants took place in China per year, many more than the 10,000 per year claimed by the Chinese government.

Their report contains extensive and independent investigations into media reports, official propaganda, medical journals, hospital websites, as well as archived websites that have been deleted. Their analysis of the data concluded that up to 1.5 million transplants have occurred in China since 1999 and that the majority of victims were Falun Gong practitioners.

“Ironclad and Irrefutable Evidence,” a report published by the World Organization to Investigate the Persecution of Falun Gong (WOIPFG) in August 2016, summarized evidence collected by the organization over the past ten years. Based on investigations into 865 Chinese hospitals, 9,500 surgeons, and more than 2,000 recorded telephone conversations, the report confirmed the scale and severity of this state-sanctioned atrocity.

Numerous articles on the topic are also available in peer-reviewed scientific journals. In September 2016, the American Journal of Transplantation published “Transplant Medicine in China: Need for Transparency and International Scrutiny Remains.” In February 2017, BMC Medical Ethics carried a report titled “Human rights violations in organ procurement practice in China,” which highlighted the illegal and unethical practice in China.

Although the Chinese government announced in January 2015 that it was no longer harvesting organs from executed prisoners, Dr. Corson said, “A report published by WOIPFG in January 2017 that investigated 169 hospitals between January 2015 and June 2016 indicates that forced organ harvesting still continues in China.”

The Murder Must Stop 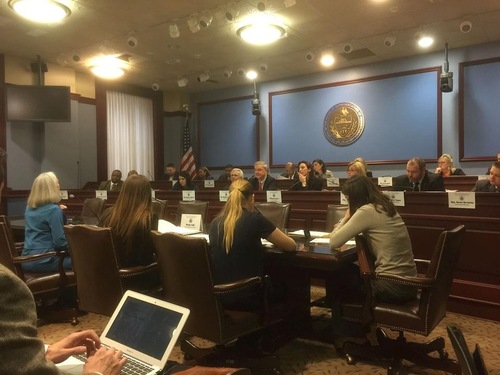 For these reasons, Matthew Baker said that the resolution passed in 2014 should be updated to include newly available statistical information, to alert the public about “this very important issue.”

For Baker, proposing these resolutions was not done on a whim, because he has always been a defender of human rights and the sanctity of life as well as a supporter of religious liberty and freedom. In particular, he said, “The terrible atrocities associated with harvesting human organs for profit in China, with many thousands dying as a result due to the imprisonment and persecution of a particular peace-loving group must be exposed. Hopefully, actions are taken by our nation as well as the United Nations to condemn and sanction China for their criminal actions.”

Although this crime is occurring in China, Baker said that it has universal significance, saying, “Respecting human life, exposing evil, and pursuing justice should be a concern of all civilized people...”

To that end, he would like the President, Congress, and the United Nations to “become fully aware of these atrocities and take action to condemn and sanction these practices and killings taking place in China.” “The resolution directs that a copy be sent to our Congressional delegation as well as others at the federal level, since our nation has taken action against other countries in the past for human rights violations, religious persecutions, genocide, and others acts of a heinous nature.”

Baker said he and other members on the Health Committee and the House were horrified when they first heard that “such evil was taking place in China.” These resolutions were necessary because “Chinese people need to know we care and would like to see this brutality stop.”

Pennsylvania is not the only state to pass such a resolution. On April 25, 2017, the Missouri House of Representatives passed House Concurrent Resolution No. 7, condemning forced organ harvesting from Falun Gong and other prisoners of conscience, and urging further action to stop the atrocities.

Baker said, “Evil truly does flourish when good men and women do nothing; the same can be said that when good civilized nations do nothing, evil flourishes as well.”

“Germany: Raising Awareness of the Persecution and Organ Harvesting in China in the Town of Trier”

“Rediscovering My Desire for Cultivation”