(Minghui.org) The legislative bodies of two U.S. states proclaimed May 13 as Falun Dafa Day. May 13, 2017, marked 25 years since Falun Dafa was first introduced to the public.

Representative Kathy Crawford from Michigan proposed resolution No. 92, and nine of her colleagues co-sponsored it.

The resolution praised the positive impacts that Falun Gong has brought to the community, and recognized practitioners' peaceful resistance against the persecution in China. 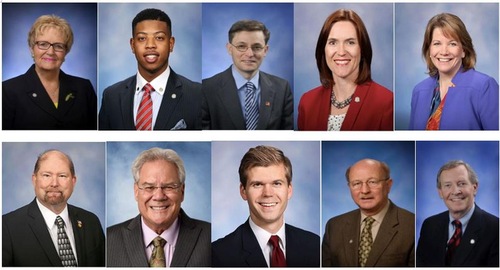 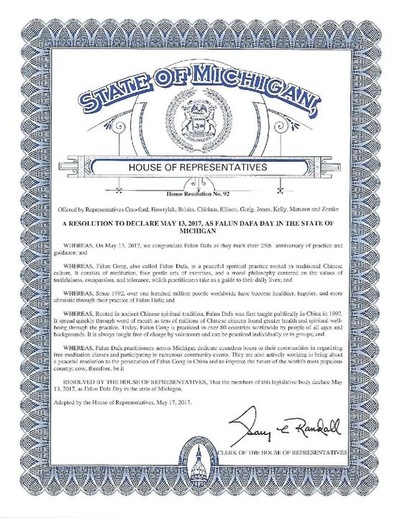 House Resolution No. 92 in Michigan.

In Texas, Rep. Hubert Vo also proposed the House Resolution No. 1552 to proclaimed the Falun Dafa Day. The resolution was passed with multiple co-sponsors. 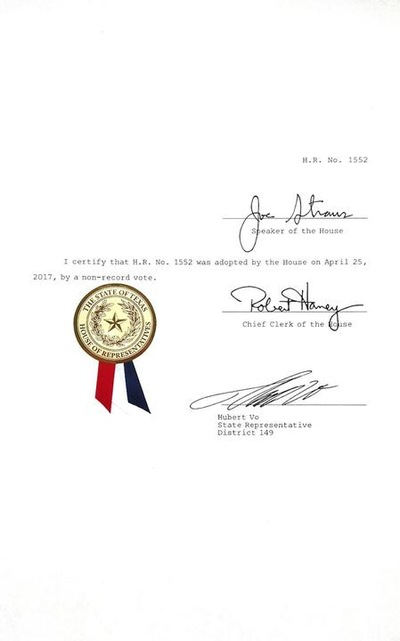 House Resolution No. 1552 in Texas 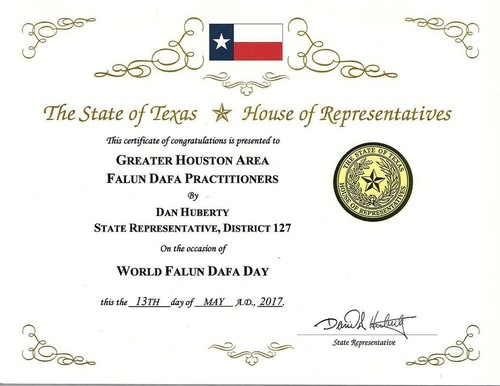 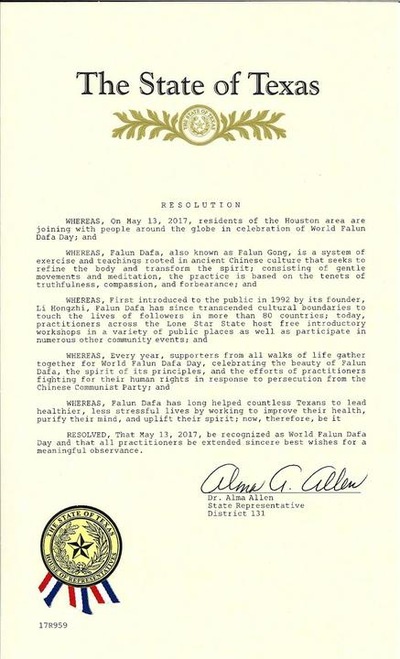 “Enduring Difficulties and Overcoming the Seemingly Impossible in the Process”