Falun Dafa Around the World: Russia

(Minghui.org) Falun Dafa (also known as Falun Gong) has been embraced in over 100 countries in the 25 years since it was first made public in China. This traditional spiritual practice transcends race and national boundaries. Dafa practitioners worldwide enjoy a myriad of benefits, including improved health and fitness. In this report, two practitioners in Russia share their experiences with practicing Falun Dafa. 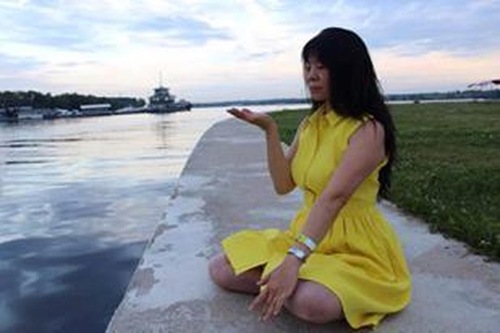 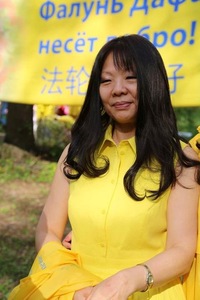 Marina, 54 years old, is a Korean-Russian who lives in Moscow. She has practiced Falun Gong for 13 years. Practicing Falun Gong has changed her entire attitude toward life and she is delighted with the practice.

Marina moved to Moscow as a young person many years ago, and at first she found it difficult to adapt to her new life in Russia. Like many Russians, Marina grew up under the control of the communist party and received an atheist education.

After reading Zhuan Falun, the main book of Falun Gong, she was able to quit a long-time smoking habit without much difficulty. She'd smoked for 20 years and had tried many times to quit, but was never successful. That marvelous change made her very happy.

Practicing Falun Gong also taught Marina to give up her attachment to material things. When her apartment building was going to be demolished in an area slated for revitalization, she was concerned at first about when she'd be offered a new apartment. But then she realized that she should not worry about it and that she should just let things happen however they were meant to. Eventually Marina was offered a new apartment that fit her needs perfectly. 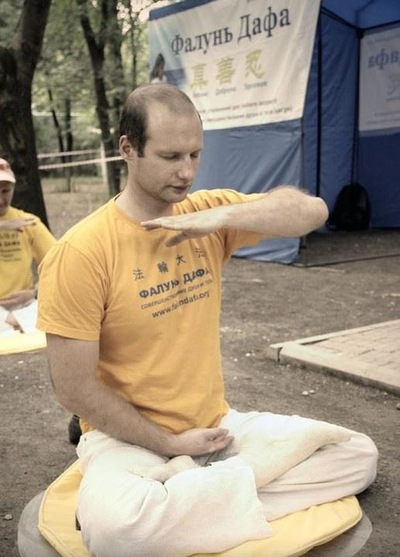 Kirill graduated from St. Petersburg Military Medical Academy. He started practicing Falun Gong in 2008. Reading Dafa books helped him answer many of his questions about life.

Kirill said, “I often read articles about qigong and martial arts when I was in school. My father was interested in qigong and bought many books about it. I remember I read such books when I was in primary school.

“Later I was recruited to the Military Academy. My father gave me a Dafa book when I was in my senior year and told me to read it carefully. I understood the principle that good will be rewarded and evil will meet with retribution. I was delighted. But I did not start practicing Falun Gong right then.

“I joined the army later and started to think about the meaning of life. I recalled the words in the Dafa book I read. I realized that it was about cultivating oneself.

“A person should return to his original, true self—that’s actually the true purpose of being human. So, once somebody wants to cultivate, they’d say his Buddha-nature has come out.” (from Lecture One of Zhuan Falun)

Kirill continued, “In the academy, I conducted research on toxic chemicals and protection from those chemicals. Most of the experiments were done on animals. I was focused on a successful career in this area. However, as I prepared my thesis, I would weep when I read about the teachings on killing in Zhuan Falun. I was under tremendous mental pressure and couldn't sleep at night.

“I realized that if I wanted to be a practitioner, I couldn't continue to engage in this area of study. I had to make a decision between a successful career in that area or being a practitioner. I left that job but still work in the military.

“After reading Master's new scriptures, I understood the importance of raising awareness about the persecution. There were no other Falun Gong practitioners in my city. So I went to a park to practice the Falun Gong exercises, distribute informational materials, and raise awareness about the goodness of Falun Gong and the persecution it faces in China. As I was alone, some passers-by mocked me; some paused and read my poster with Falun Gong information. Even though I was completely alone, I kept on going to the park to raise awareness.”

Kirill left the army a few years later and worked in a public hospital. While at work, he often distributed Falun Gong informational materials including calendars and DVDs.

“Besides giving out informational materials, I had a wish to hold a seminar to let people know more about Falun Gong and the situation in China. My seminar title was 'Medical Ethics and Morality.' I told the seminar participants, 'In my experience of practicing Falun Gong, I've realized how important and beneficial it is for one to be a good person, of noble morality.' I then gave examples of medical surveys done with practitioners in China before the persecution began, in which great health improvement was documented. My colleagues were very interested and we had very good discussions. It was very gratifying to be able to share about Falun Gong in more depth. I'm so grateful to Master.”

Falun Dafa is practiced across the world and transcends race and culture. Dafa practitioners are grateful beyond words for the many benefits of the practice.