Representing Falun Dafa Across the World in New York Parade 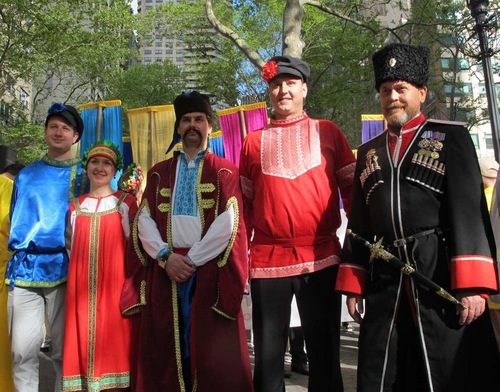 Russian Falun Gong practitioners in colorful costumes. The second from left is Svetlana.

Practitioners in the parade wore clothing representing their respective ethnic groups. Those from Russia wore colorful costumes. Svetlana, who wore a red and white skirt, said, “I came here to celebrate World Falun Dafa Day. I have practiced Falun Dafa for eight years. My worldview has changed since I practiced Falun Gong. I have better relations with people around me.” 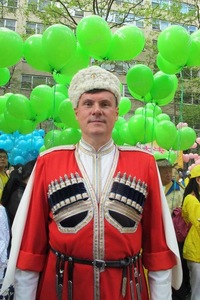 Practitioner Mikhail is 48 years old. He said, “I am fortunate to come to participate in the celebration. I am also here to protest the Chinese Communist Party's persecution of Falun Gong in China.” 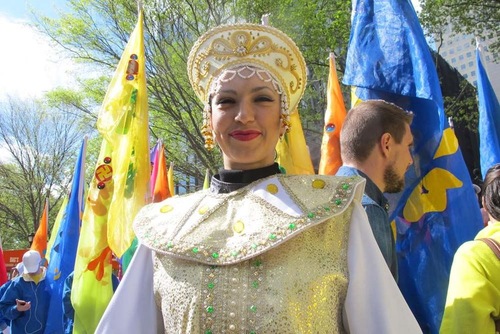 Practitioner Sklana Luznina from Moscow has practiced Falun Gong for 11 years. She said, “I love Falun Gong from deep in my heart. It is graceful and has powerful energy. Practicing Falun Gong can improve one's health and elevate your mind. If you follow Truthfulness-Compassion-Forbearance, your life will be happy. Your relations with others will get better.” 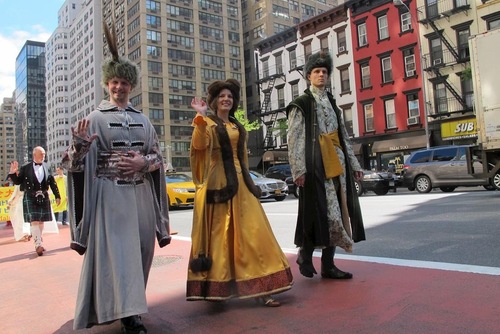 Piotr Glowacki is from Poland. He said, “I started practicing Falun Gong in 2008. My life has become better, including family, work and relations with friends and neighbors. I hope more people can know the grace of Falun Gong and benefit from practicing it.” 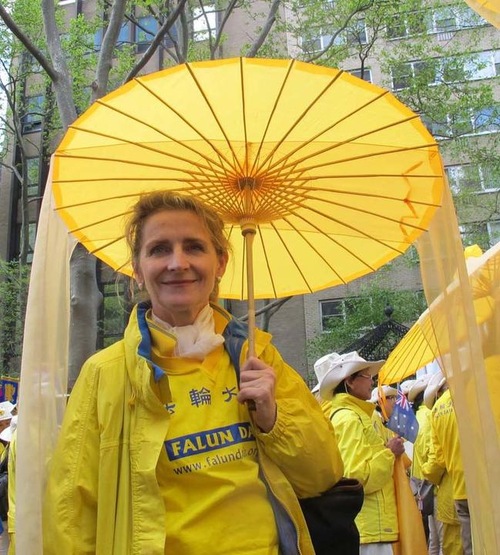 Hanna, who lives in Paris, France has practiced Falun Gong for six years. She said, “Practicing Falun Gong has changed me in every aspect and made me wiser. I have witnessed the wonder of Falun Dafa. I hope more people will practice and benefit from it.” 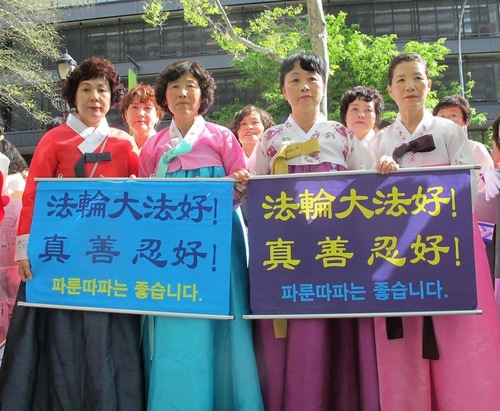 Practitioner Chi is from South Korea. She said, “I had many illnesses and was almost paralyzed. I followed Truthfulness-Compassion-Forbearance after practicing Falun Gong. All my illnesses were gone. My life has become much better.” 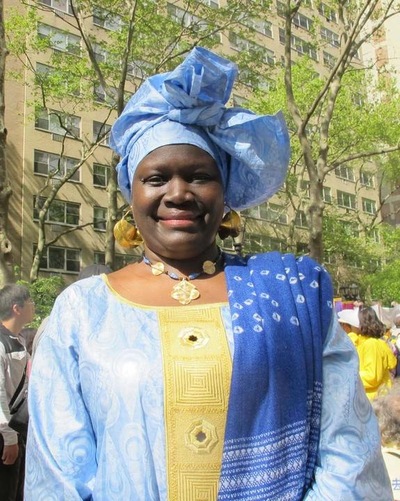 One woman from Senegal has practiced Falun Gong for ten years. Her mother has practiced it for twice that long. She said, “I'm a fashion designer. In the past, I only paid attention to things on the surface. After I learned Falun Dafa, I focused more on the inner spiritual meaning. I like having a peaceful life and look for my own problems and mistakes [when facing conflicts]. Falun Dafa has changed my life. I came to New York today to display the wonder of Falun Dafa to the world.” 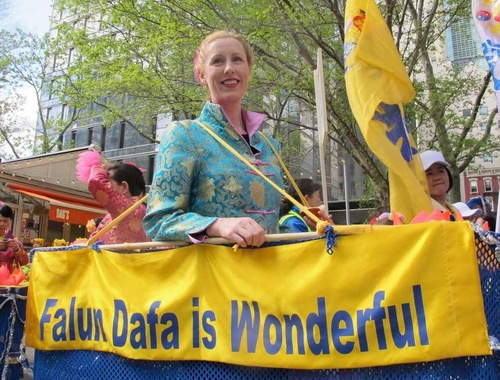 Sarah Mattheson, from New Zealand, joined the parade in Chinese ethnic dress. She said, “I started learning Falun Gong in 2006. Since then, I've participated in every experience sharing conference in New York and joined the World Falun Dafa Day celebrations. Standing here, I would feel a strong energy field that's harmonious and compassionate.” 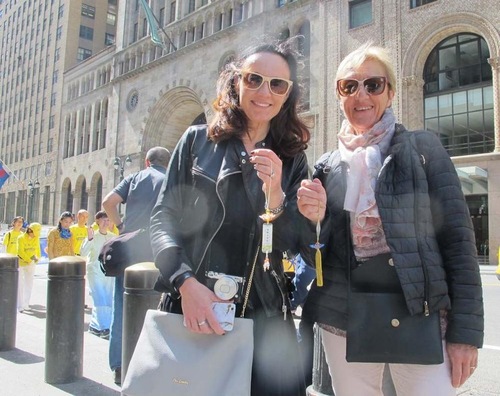 Style and Liliana from France and London

Liliana and Style are mother and daughter from France and London. May 12 was Liliana's birthday. She watched the parade in Manhattan and said, “Beautiful! So peaceful, so spectacular.”

They indicated that it was their first time learning about Falun Gong and would read more about it after going home. 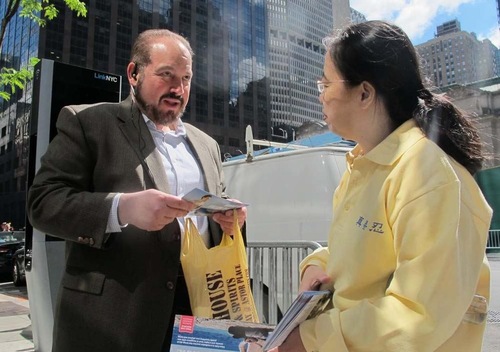 John, who works in New York, learns about Falun Gong 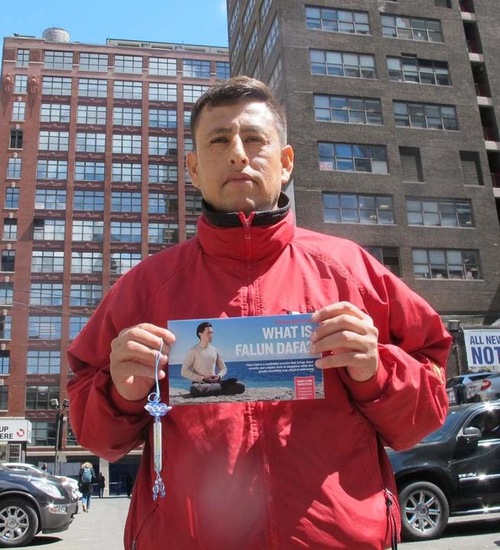