Elected Officials in the U.S. and Canada Issue Proclamations and Congratulations on the 25th Anniversary of Falun Dafa's Public Introduction

(Minghui.org) May 13, 2017 is the 25th anniversary of Falun Dafa's introduction to the public and the 18th World Falun Dafa Day. Many elected officials in the U.S. and Canada have issued proclamations declaring this May 13 as “Falun Dafa Day” and many have sent letters to express congratulations for the event.

In this report, we feature congratulations from elected officials in the State of Georgia and the city of Atlanta, Georgia, and Members of Parliament (MP) and mayors in Canada.

Governmental officials including the Governor of Georgia, the Atlanta City Council, and mayors of three cities near Atlanta issue proclamations declaring May as “Falun Dafa Month” or May 13 as “Falun Dafa Day.” 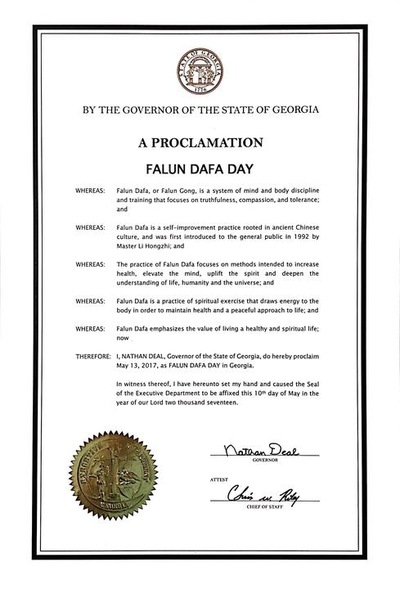 Proclamation from the Governor of Georgia declaring “Falun Dafa Day” 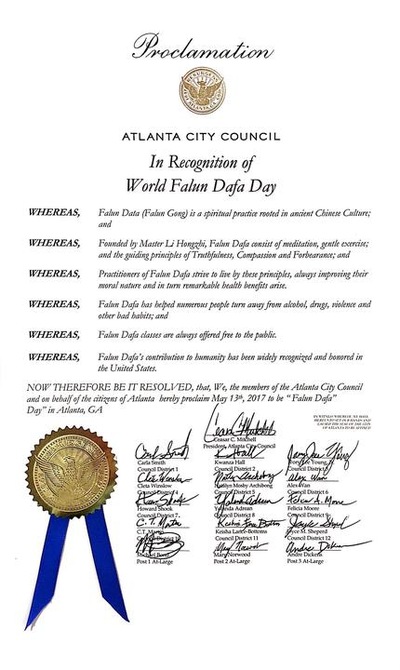 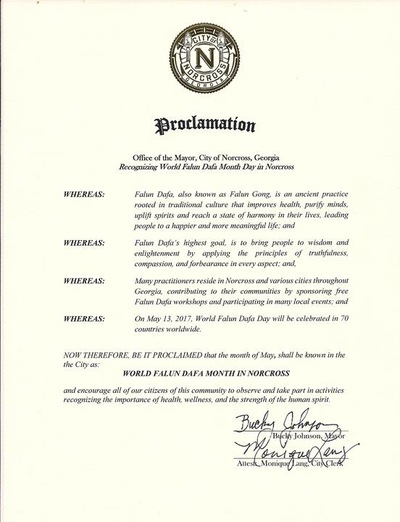 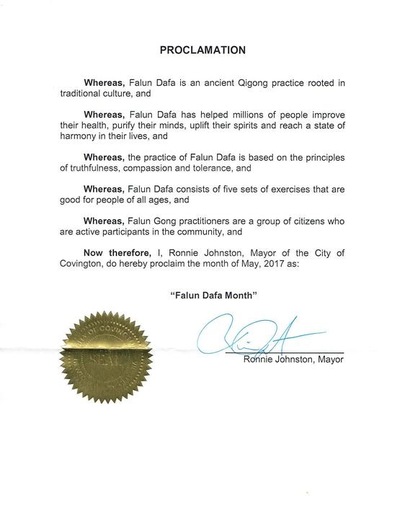 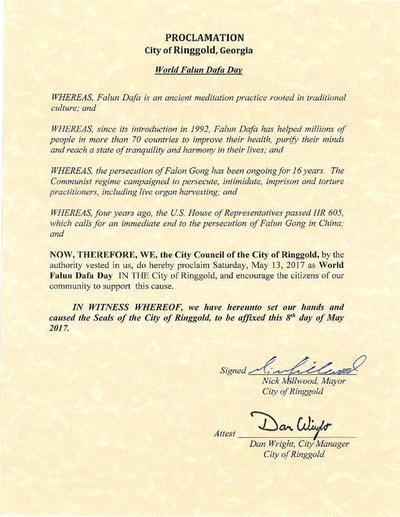 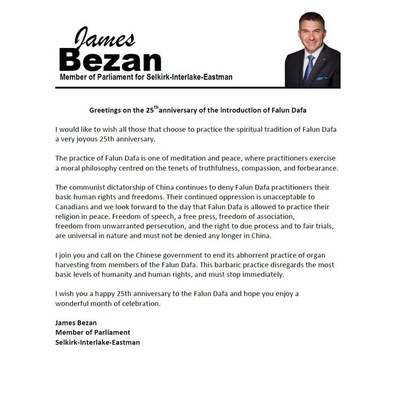 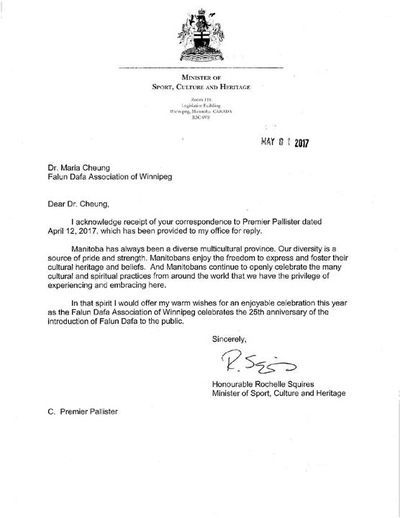 Greeting from Rochelle Squires, Minister of Sport, Culture and Heritage in Manitoba, Canada. 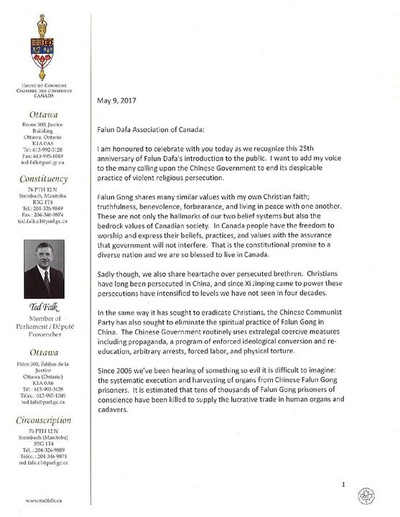 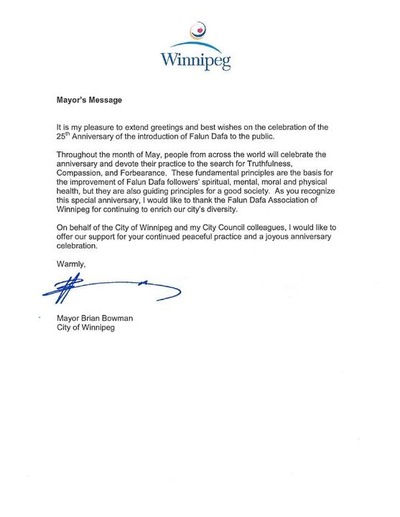 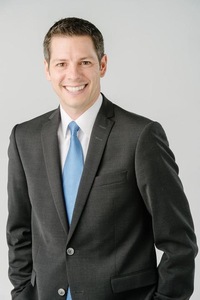