(Minghui.org) Banners and posters have appeared on city streets in Hebei Province over Chinese New Year, to bring the message of Falun Dafa and expose the persecution. Messages included “Falun Dafa is good,” “Truthfulness Compassion Tolerance is good,” and “Quit the Chinese Communist Party, Communist Youth League, and Young Pioneers to be safe.”

Because of the ongoing persecution in China, any uncensored information about Falun Dafa is banned from mainstream media, including printed media, the Internet, radio, and television. Practitioners therefore find creative means to share the message of Dafa and counter the negative government propaganda, despite risk of arrest and incarceration. 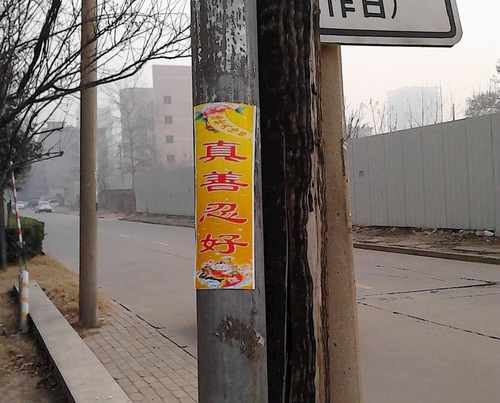 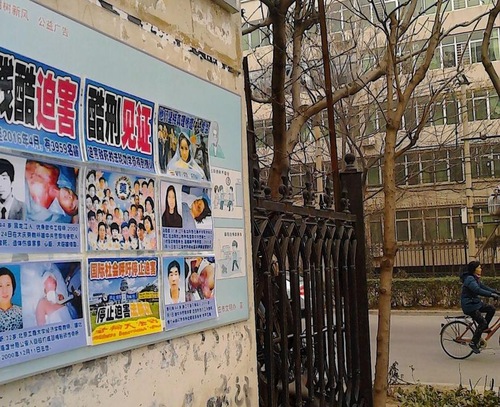 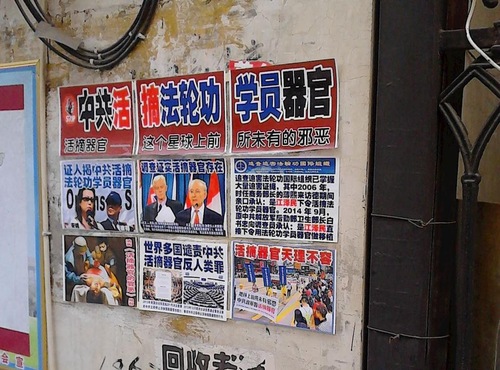 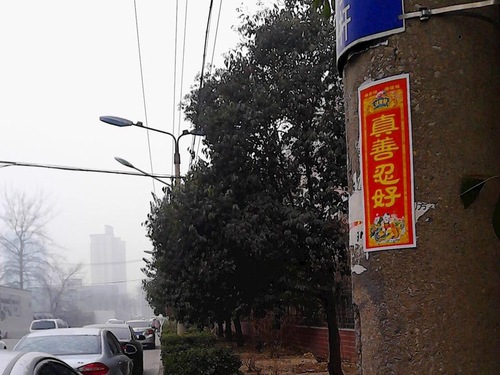 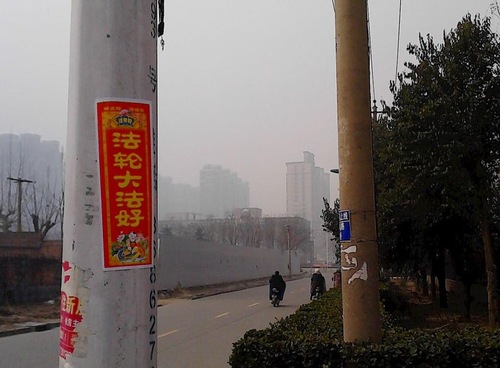 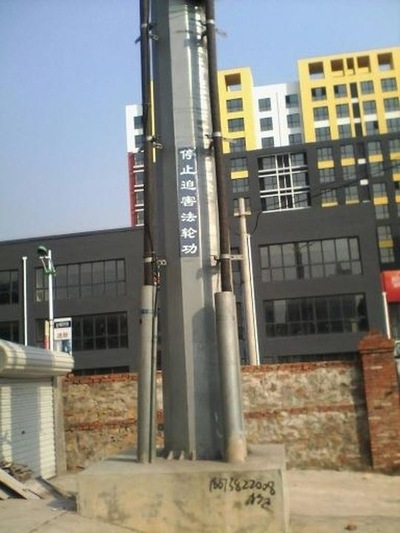 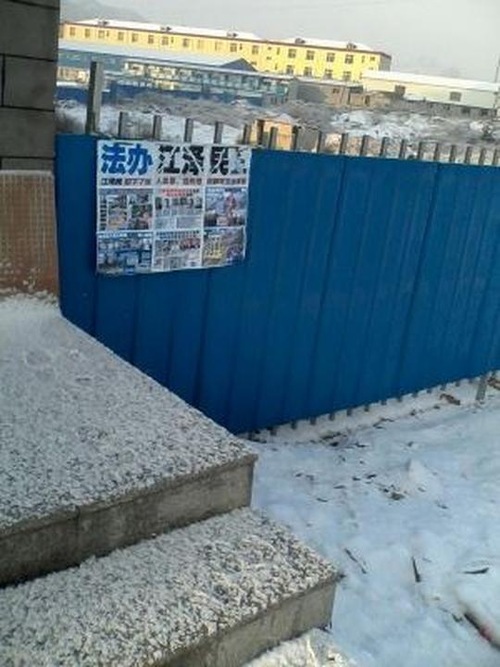 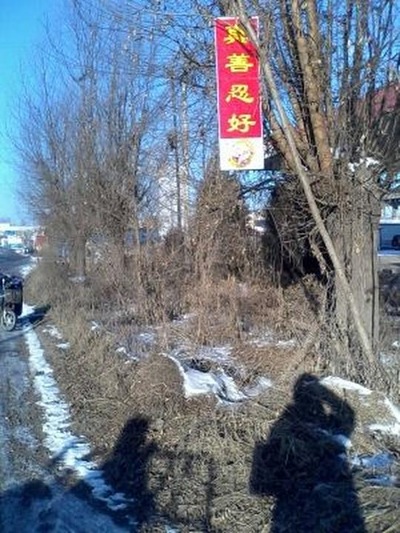 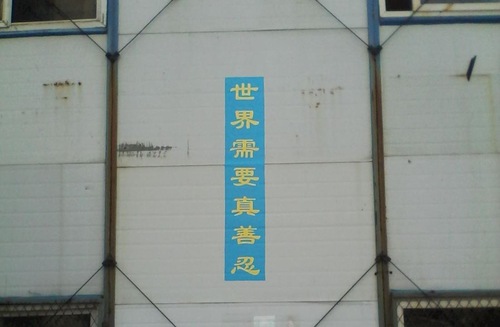 Banners and Notices in Baoding, Hebei Province on December 29 of lunar calendar 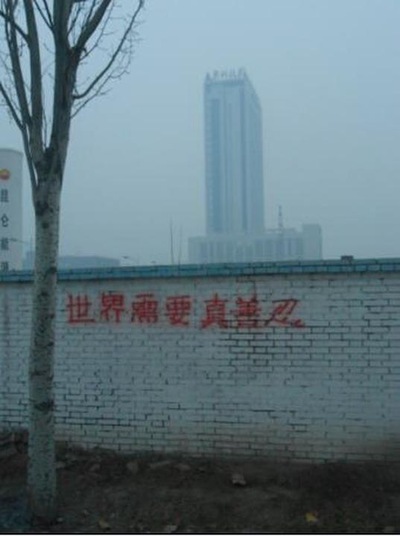 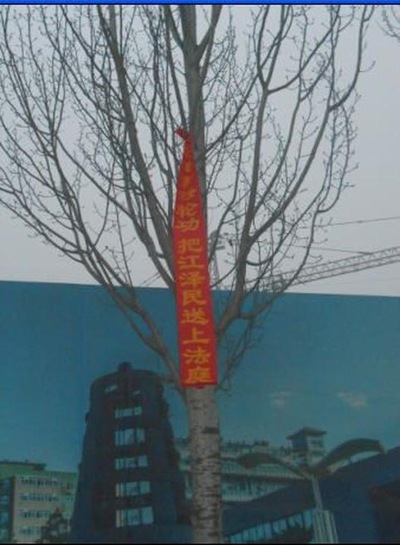 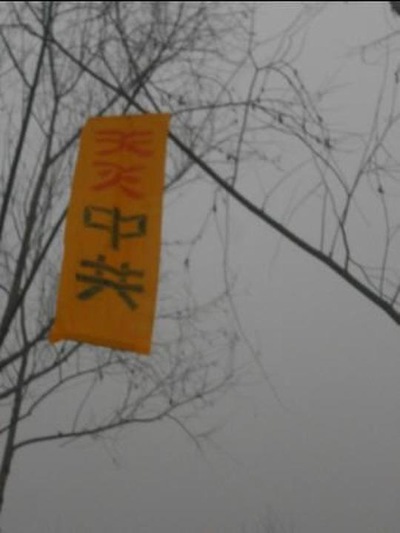 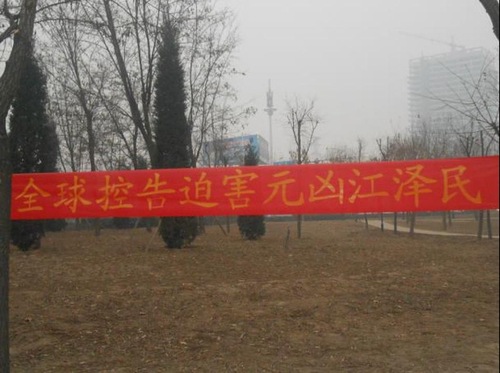 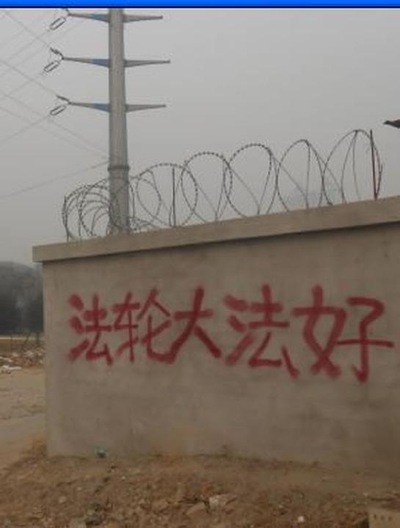 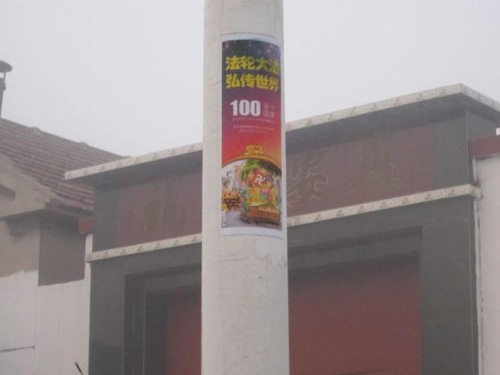 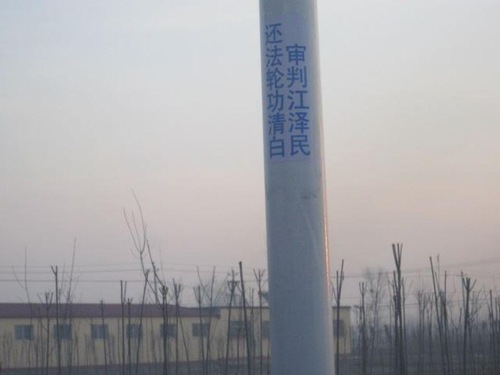 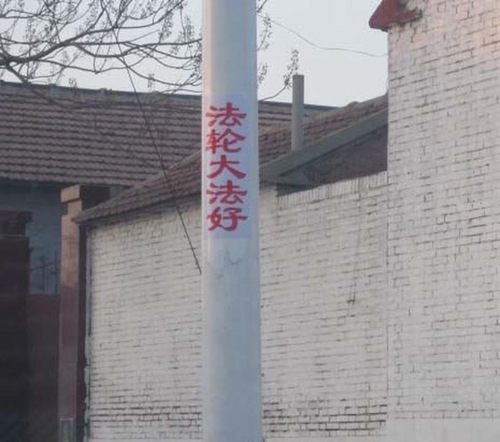 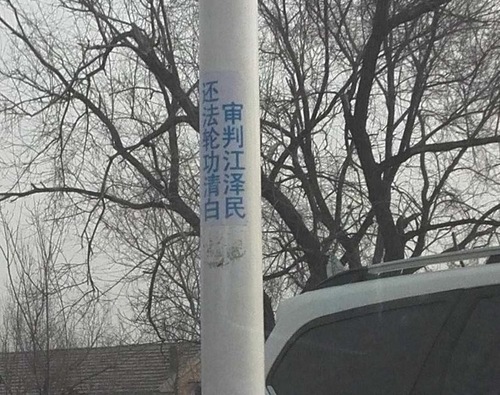 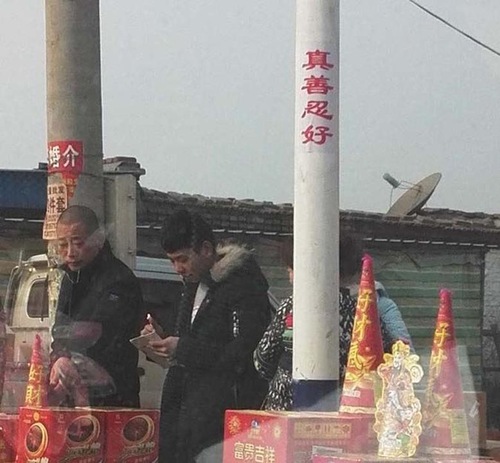 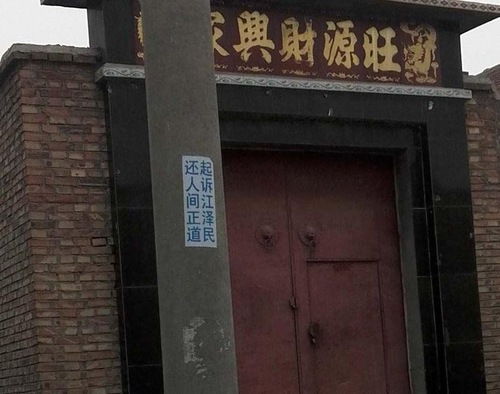 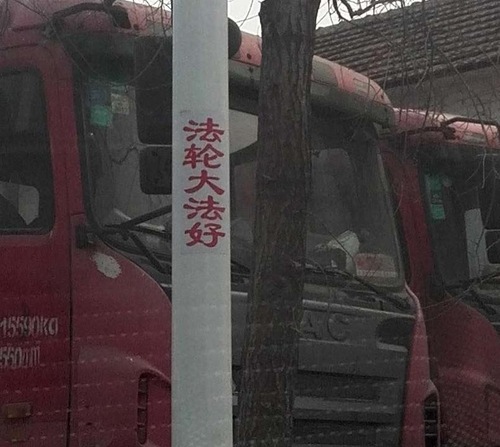 “Reciting “On Dafa” in the Rain”