Ms. Chen Loses Eyesight After Being Poisoned in Labor Camp

(Minghui.org) Ms. Chen Guizhen, a Falun Gong practitioner from Xuyong County, lost sight in her left eye as a result of being poisoned in a labor camp more than a decade ago. This is her story.

I was called to go to the police department to “have a talk” on February 16, 2004. When I arrived, I was forced into a police car and taken to the Xinqu Detention Center. The police told me that I had been given one year of forced labor. I was taken to the Nanmusi Women's Forced Labor Camp the next morning.

Not long after I was sent to the labor camp, my father passed away. I was told that he kept calling my name before he died.

In an attempt to force me to renounce Falun Gong, Zhang Xiaofang, head of the division, ordered three inmates to torture and monitor me. I was forced to stand facing a wall, or to squat or sit down in an awkward posture for long periods of time. I was not allowed to use the restroom or given anything to drink. At night, I was handcuffed to a bed frame. No matter what they did to me, I refused to give in. 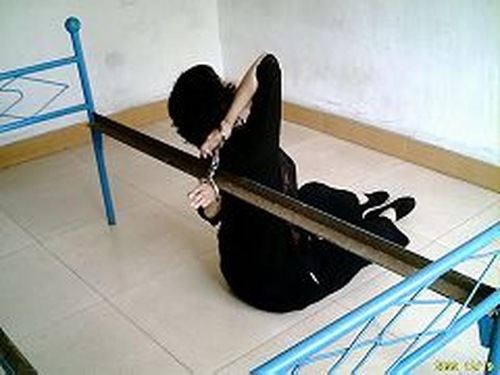 One afternoon, they made me drink a half cup of cold soy milk. I thought that they realized that I was thirsty, so I drank it. However, that evening, my heart began beating so fast that it felt like it would explode out of my chest. I started having convulsions and was unable to move. They took me to a hospital where I was injected with unknown drugs. I then lost my memory.

The inmates grabbed my hands and forced me to sign the three statements to renounce Falun Gong. I had no control over my thoughts or actions, and I did whatever I was told. 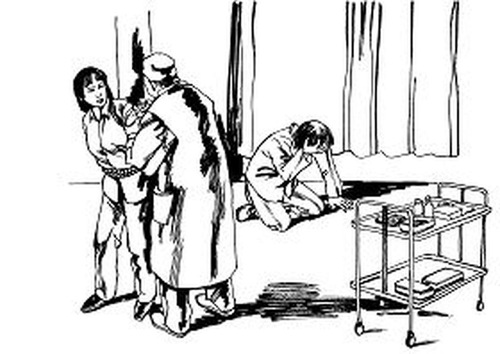 After the communist regime started the persecution of Falun Gong on July 20, 1999, I went to Beijing with fellow practitioners to appeal for the right to practice Falun Gong at the end of February 2000.

We were arrested at Tiananmen Square in Beijing. Because we did not want our families to be implicated, we refused to tell our names and addresses. The police tortured us with various methods.

I was forced to bend over, and my hands were pulled back and held up. This torture method was called “flying an airplane.” 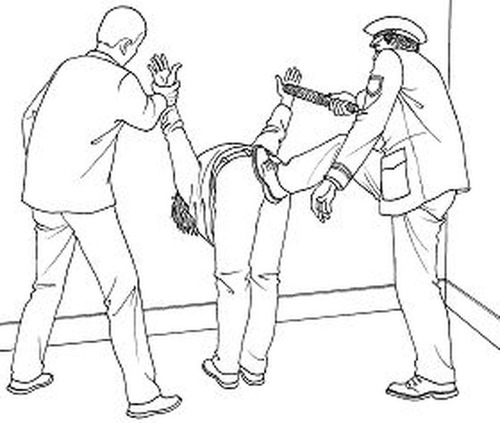 My hands were cuffed behind my back with one hand over the shoulder and the other hand against the lower back. This was called “carrying a sword on the back.” 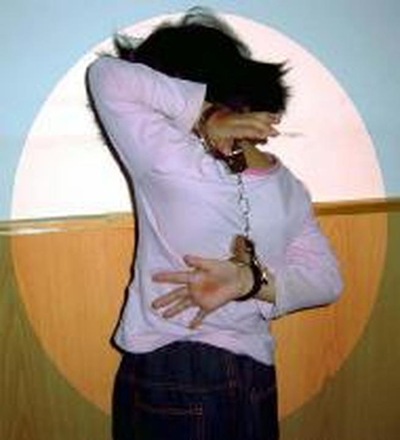 Torture re-enactment: “Carrying a sword on the back”

The police also beat and kicked me, which caused me to lose feeling in one of my fingers for more than a year.

Later I was taken back and detained in the Xuyong County Detention Center for 20 days. They confiscated more than 1,000 yuan from me and extorted 5,000 yuan from my family.

I was taken to a brainwashing facility again on August 13, 2010. More than 10 officers from the local police station and 610 Office came to my home and carried me against my will from the sixth floor to a police car downstairs.

I was detained in the brainwashing center, which was in an isolated location. The room had no air conditioning, and the window was sealed shut. The temperature was as high as 104 degrees Fahrenheit. I started a hunger strike to protest the illegal detention as soon as I got there. On the fifth day, I started to have symptoms of very high blood pressure. They were afraid that they would be held accountable if I died, so they told my son to take me home.