(Minghui.org) With the new year approaching, the streets have been filled with shoppers and people on their way to visit friends. Falun Gong practitioners in Liaoning seized the opportunity to reach more people with their message.

Under the persecution, practitioners have had to be creative and mindful of their safety when spreading information. One approach practitioners have used is putting up posters in public places with various messages, such as informing people about the movement to quit the Chinese Communist Party. 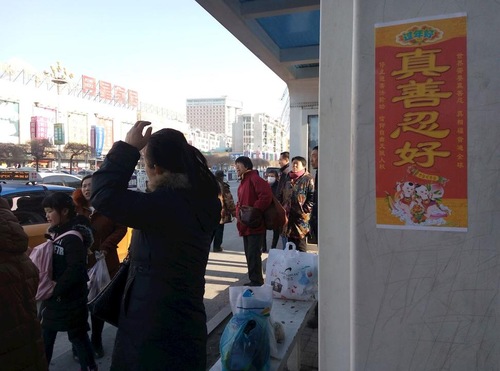 The poster reads, “Truthfulness-Compassion-Forbearance is good.” 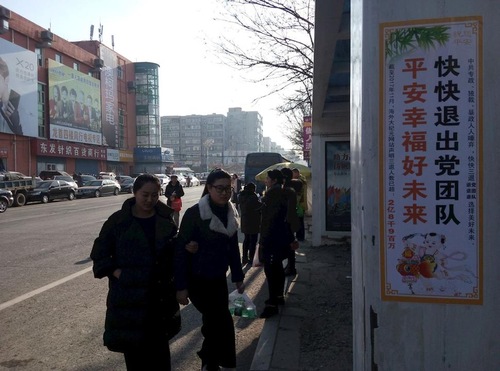 The poster is about the movement of quitting the Party.

Recently, a practitioner had the conversation with a Liaoning woman, who said that she quit the Communist Party a year ago. The practitioner asked how she felt since she quit. The woman said, “Before, many things at work and home bothered me. I was not happy, and didn't want to talk to people. But after I quit the Party, amazingly, my heart became open. All the difficulties suddenly became trivial. I am happier and more outgoing.” The woman thanked the practitioner for helping her quit the Party.

The practitioner had another experience with a middle-aged gentleman, who had never heard about quitting the Party. The practitioner told him about the evil history of the Communist Party, including the 18-year persecution of Falun Gong. The gentleman was shocked by the state-sanctioned organ harvesting from imprisoned Falun Gong practitioners.

The practitioner told him that the Party is about to collapse, and that no one wants to be involved with it when heaven destroys it. The gentleman said: “I never believed in the Party. I agree with you, and I am ready to quit the Party.”

The practitioner said that she has met many people who felt happier after quitting the Party. Even some police officers told her that they knew clearly about the Party's evilness, and they all quit. 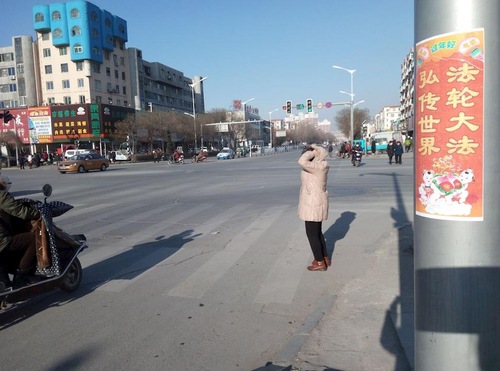 The poster reads, “Falun Dafa has spread all over the world.” 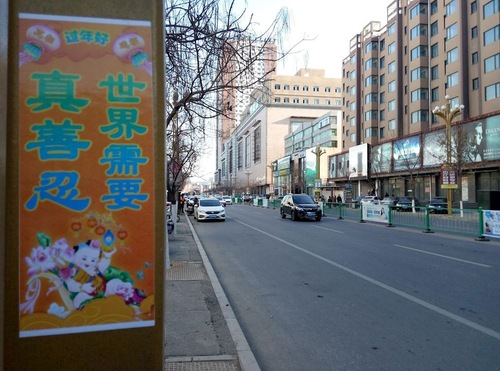 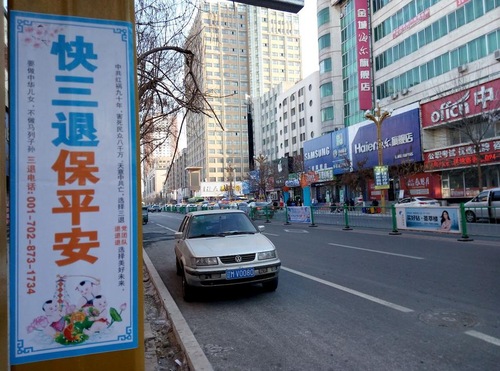 “Quit the party for a bright future.” 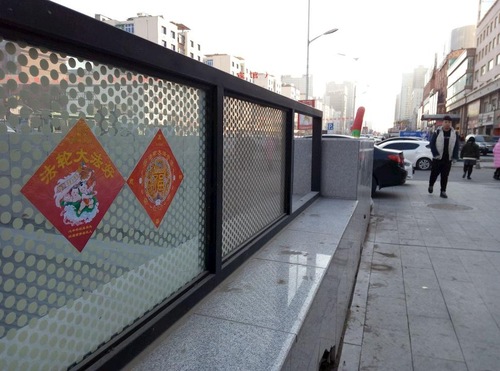 “German Practitioners Gather for Experience-Sharing Before the New Year”