(Minghui.org) Recent activities in Arizona have provided opportunities for Arizonians to learn about Falun Dafa, an ancient meditation practice that brings physical and spiritual benefits. 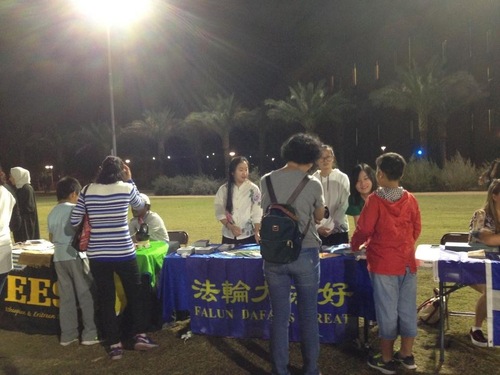 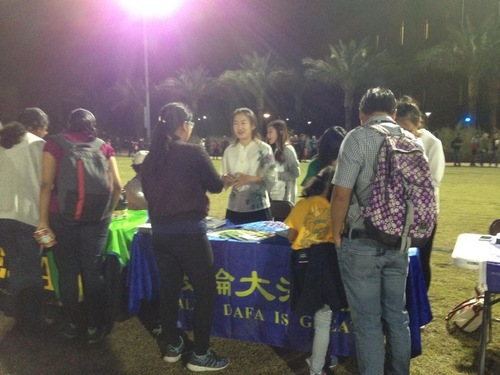 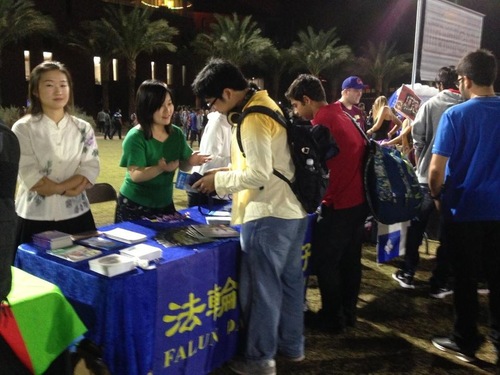 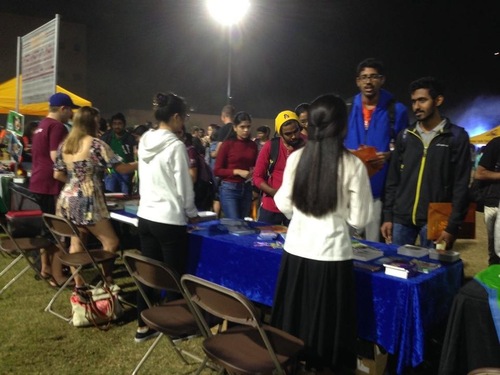 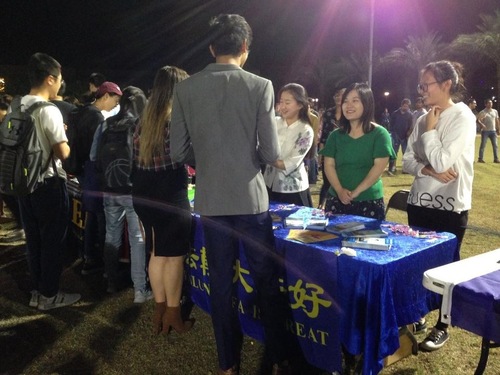 Practitioners joined other groups for International Night on November 17 at Arizona State University (ASU) at Tempe. Many students asked questions and left their contact information to receive information on future activities.

One student who has talked with practitioners previously said, in Chinese, “Falun Dafa is wonderful!” As one Chinese student stopped to hear about the practice, her father came by and told her to leave, due to his being influenced by Communist Party defamatory propaganda. When they returned later, practitioners told them facts about Falun Dafa and clarified the falsified propaganda spread by the Chinese communist regime. Both the father and daughter were pleased to take materials. 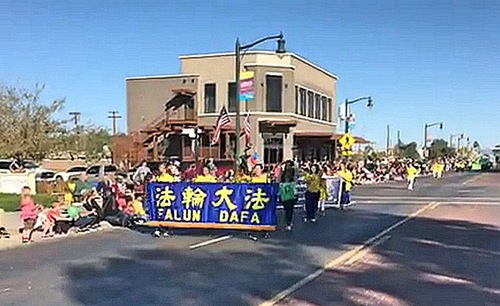 Also in the Phoenix metro area, practitioners participated in the Gilbert Days Parade on November 18. With over 200,000 residents, Gilbert is known as one of the most populous incorporated towns in the country. Besides the parade, it also hosts half-marathon and 10K races to celebrate Gilbert's heritage.

Led by a banner reading “Falun Dafa is good,” practitioners demonstrated the exercises for parade spectators. The host announced that Falun Dafa is a self-improvement system consisting of five gentle exercises and following the principles of Truthfulness-Compassion-Forbearance. After he mentioned the popularity of the practice around the world despite the ongoing persecution in China, many people applauded, showing their support.

Over 100 people signed petitions calling for a stop to the suppression in China, especially the organ harvesting from Falun Dafa practitioners. Among them, one woman said she was impressed by the practitioners' courage and perseverance.