(Minghui.org) Falun Gong practitioners from San Francisco held a rally in front of the Chinese consulate on Thursday, October 26, to protest the arrest of Gong Piqi and at least 20 other practitioners in Qingdao, Shandong Province. 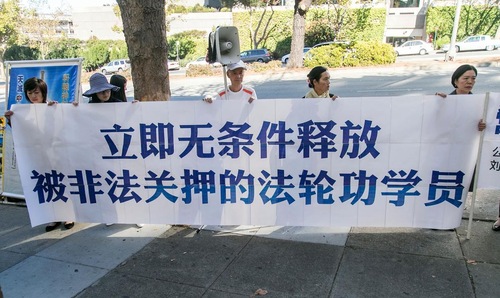 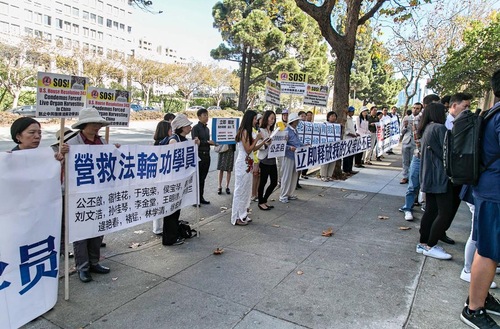 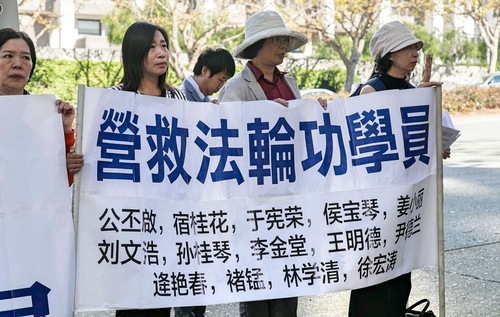 Some of the arrested practitioners' names are listed on the banner.

Gong Piqi, a 62-year-old retired military colonel, was arrested with his wife on October 16. The police broke into their home in Shandong Province and took 150,000 yuan in cash (roughly $20,000 U.S.) as well as a computer and other personal belongings.

His wife was released the next day, but Gong is still being held in Pudong Detention Center in Jimo, Shandong Province.

Colonel Gong and his wife started practicing Falun Gong in 1995. After the Chinese Communist Party started the persecution in 1999, the local police often harassed them. 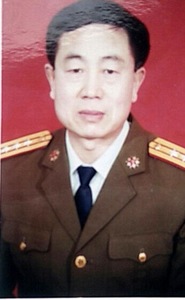 “My mother was arrested many times,” Gong Xiaoyan said, “and I grew up in fear. In May 2005, she was sentenced to five years, and my dad was incarcerated in a brainwashing center in Qingdao for a year. He was forced to watch videos that slandered Falun Gong.

“In the brainwashing center, he was tortured and his hair turned gray. He could not walk by himself, and his internal organs were damaged from the beatings.”

Gong Xiaoyan also described what family friends of hers, all Falun Gong practitioners, have endured.

“My neighbor Ms. Liu Jiming had over 30 ailments, which were healed through practicing Falun Gong. She was tortured to death as a result of the persecution.

“Mr. Zou Songtao, who helped me with my schoolwork, was in a coma for three days after being beaten in the detention center. He passed away soon after waking up. His wife Ms. Zhang Yunhe was also jailed there. People lost contact with her, as if she'd just disappeared.”

“Another neighbor of mine was Ms. Yang Zhen. Her mother was jailed with my mother in 2005. She was arrested again recently and is still imprisoned today.” 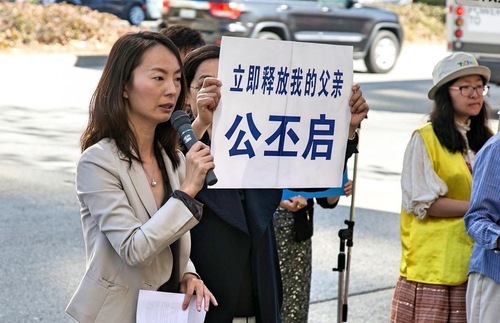 Gong Xiaoyan speaking at the rally

“Many innocent people, even though they don't practice Falun Gong, have been hurt by the persecution policy. I still remember that my mother's co-workers and her employer were also harassed. Her supervisors had to pay fines.

“Some law enforcement officers felt guilty. They didn't want to carry out the persecution policies either, but they had no choice. When my mother was arrested in 2005, a few police officers quietly apologized to me.”

Three other practitioners also spoke at the rally, calling for help to rescue their imprisoned family members.

Yao Yuanying's parents Yao Guofu and Liang Xin were arrested two years ago and are still jailed in Henan Province.

Chen Zhenbo's friend Hou Baoqin has been detained in Qingdao since March 2015. In January 2017, she was sentenced to 18 months.

It was reported on the Minghui website that massive arrests of Falun Gong practitioners took place across the country before the communist party's national congress met in October.

Some 20 practitioners in Qingdao, Shandong Province, were arrested with Gong Piqi.

Those who attended the rally called upon the Chinese regime to release these practitioners immediately.

“The Art of Zhen Shan Ren International Exhibition in Auckland”