(Minghui.org) Falun Gong practitioner Mr. Li Baohua, owner of a computer repair shop in Qitaihe City, was illegally sentenced by the Taoshan District Court on April 27, 2017 to a three-year six month term, and fined 3,000 yuan, without his family or attorney present. He was taken to Qitaihe City No. 861 Prison on July 11.

Mr. Li, his family, and his lawyer appealed his case to the Qitaihe Intermediate Court, but the judge upheld the verdict. In light of the appeal, Mr. Li and his supporters decided to submit the case to various relevant departments. 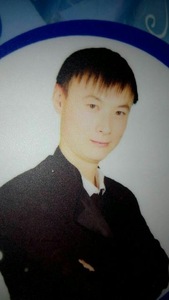 A presiding judge and the head of Taoshan District Court, as well as the chief of Taoshan Police Station, tried separately and unsuccessfully, to cajole Mr. Li and his family into dropping his legal representation in exchange for a lighter sentence.

The first hearing was scheduled on January 18, 2017. Mr. Li and his family protested the scheduling of the hearing because his attorney was not allowed to enter the courtroom. The reason cited was the attorney failing a “security check.”

The second trial was immediately adjourned on March 22 after Mr. Li's attorney complained about the short notice for the court date. This infuriated the presiding judge.

The furious judge refused a request to reschedule and went on to hold the third hearing on March 27, despite the defense attorney’s schedule conflict. Mr. Li's family was also prevented from attending the trial.

The verdict from the Qitaihe Intermediate Court, which upheld the lower court’s verdict, was delivered on July 4. Mr. Li, his family, and the lawyer accused the court of covering-up the criminal actions of the lower court.

On August 2, the family mailed out accusation letters to various supervising departments, including the People's Congress, Discipline Inspection, the Provincial Court, the Provincial Procuratorate, and others.

The Heilongjiang Provincial Legal Affairs Office responded to the accusation, saying that they would ask the Heilongjiang Provincial Procuratorate and court to look into Mr. Li's case. In retaliation, persons involved in the case quickly took Mr. Li to the Qitaihe City Prison on July 11 without his family's knowledge. To protest the persecution, Mr. Li went on a hunger strike.

Worried over his safety, Mr. Li's wife asked the Provincial Procuratorate to investigate his case on July 21. The case was not accepted for review because she did not have a verdict document. She was asked only to leave her ID card and phone number.

Not long after her appeal, officers from Taoshan Police Station started intense rounds of harassment. They visited Mr. Li's home to see his wife, making his elderly mother very nervous.

Mr. Li's wife is a teacher. Her school principal asked to talk to her. This was a form of pressure to stop her protests. The elderly mother does not want her daughter-in-law to go to the school in fear of her being arrested, but she has to report to work. Sooner or later, she has to face the “talk.”

Mr. Li's 70-year-old cancer-stricken father received anonymous phone calls from the Qitaihe Police Department. He was told to come to the police department because they wanted to verify certain things, including his passport.

Mr. Li was visited by his lawyer on August 14. His mind was peaceful and he was not resentful even though he had been wrongly sentenced. He told his lawyer that the reason he appeals is to let those persecutors know the truth.

He then asked the lawyer to pass messages for him. To his parents, he wanted them to take good care of themselves and not to worry about him. To his wife, he apologized for her hardship due to his arrest, and he promised to make it up to her when he is released.

“Woman Imprisoned for Her Faith Tortured Until Mentally Incoherent”