The band's performance in downtown Eger enabled many people to learn about Falun Gong and the persecution of the practice by the Chinese Communist Party (CCP) for the first time. Many people were impressed by the positive energy emitted by the band. Many said that the band's music was moving and made them feel a peaceful joy. 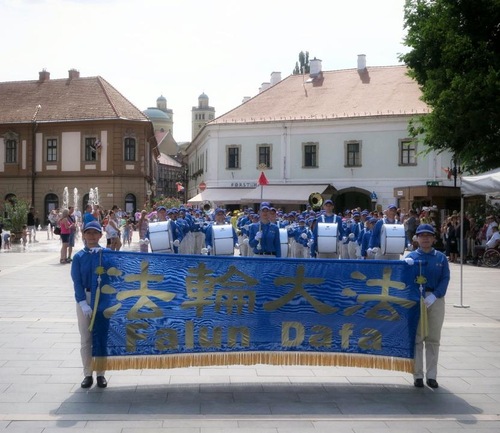 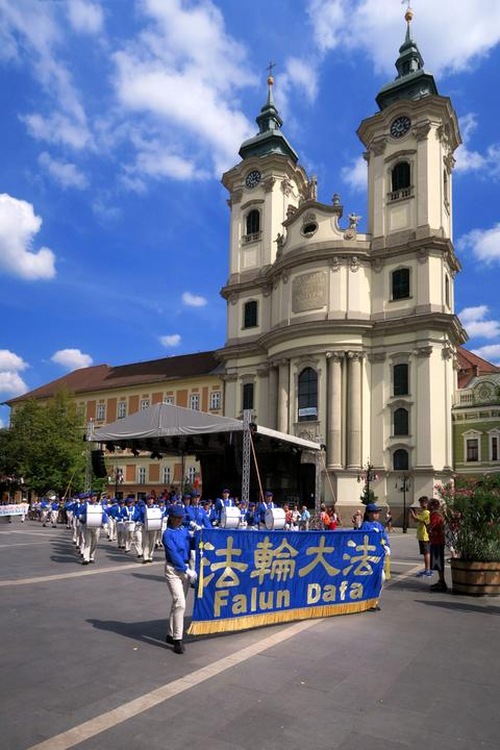 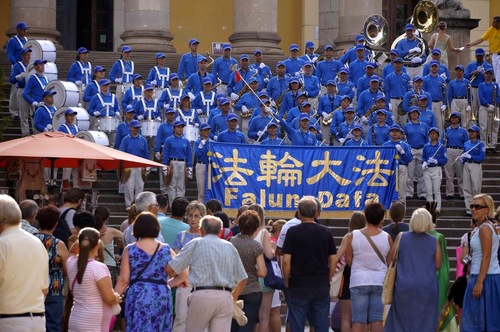 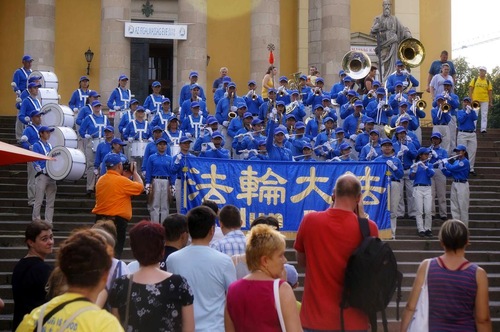 Mayor Laszlo Habis commented that the performances by the Tian Guo Marching Band meant a lot for local residents and tourists. “The band's music was vigorous and majestic. We are very pleased to have them perform here,” said the Mayor.

After listening to the band, event organizer Tibor Horvath said that the live performance was more outstanding than what he'd seen on the introductory video. What especially impressed him was that members of the band smiled during the entire 5km parade route. He noted that they were not there for money or anything else, but for the belief they persist in. 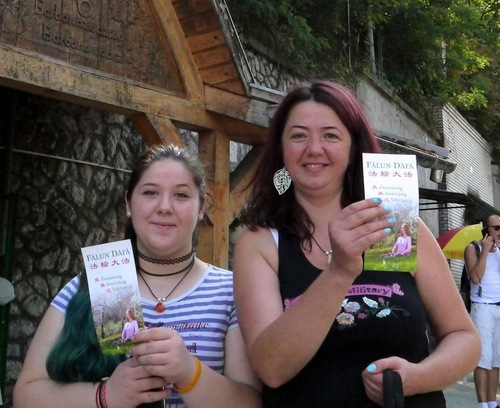 Beatrix is a Hungarian nurse who lives in Romania. She had high praise for the Tian Guo Marching Band: “Perfect! Unusual and touching to the soul!” She and her daughter were happy to be able to watch the band's performance and she said that she obtained positive energy from the band, which exhilarated her.

After learning more about Falun Gong, Beatrix said that it is good to introduce the practice and expose the persecution. She added that she hopes that Falun Gong can be spread to every country in the world.

In front of the square at Eger City Hall, Valiena applauded the band's performance. She said that the music made a positive impression on her. She thought that Falun Gong's principles of Truthfulness-Compassion-Forbearance are fantastic and beneficial to people of any country. 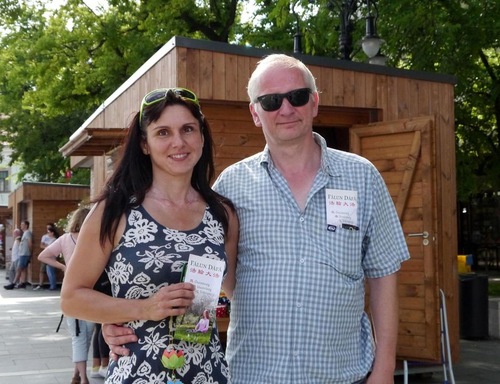 Valiena and her husband Tobias, from Karlsruhe in Germany, were already familiar with Falun Gong and the persecution because they once participated in the Zhen Shan Ren International Art Exhibition in their local area.

Tobias said that the CCP's persecution of Falun Gong is a shame, and he was not surprised to learn that the CCP harvests organs from living people. As he said, a communist regime is capable of any evil. “It's also a shame, and should be stopped,” he said. “The communist party should be disintegrated.”

Valiena agreed that live organ harvesting should be stopped. She hopes that Falun Gong practitioners won't give up hope in their quest for justice.

Tobias also encouraged practitioners to keep raising awareness of the persecution, until the CCP collapses.

Another couple, the Takacs saw the online news about the performance of the Tian Guo Marching Band and made a special trip to see them. They asked about Falun Gong and upon learning that the practice teaches people to conduct themselves according to Truthfulness-Compassion-Forbearance, the husband exclaimed, “If people could have such an attitude, the whole world would be wonderful.”