“I Have No Words”–Art Exhibition Moves Viewers in São Paulo, Brazil

(Minghui.org) The Art of Zhen, Shan, Ren (Truthfulness, Compassion, Forbearance) International Exhibition is on display at the Raposo Shopping Center in São Paulo, Brazil, until August 13. The 22 works of art, mostly oil paintings, depict the persecution of Falun Gong in China. 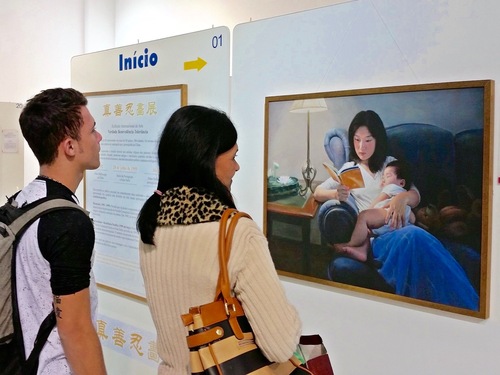 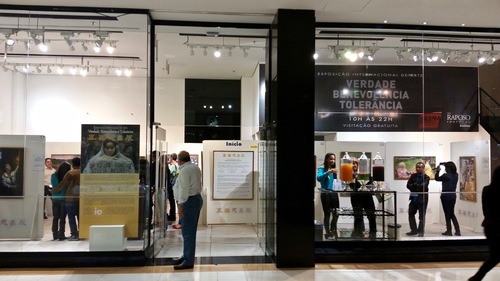 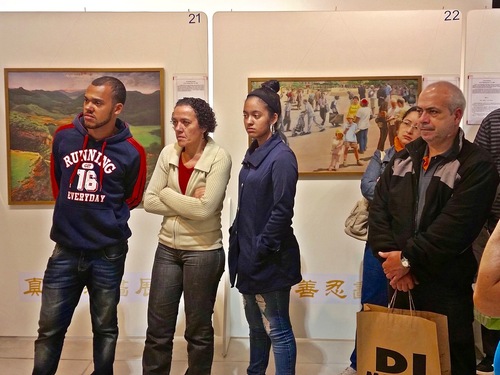 Leonardo, a city employee, was moved by the emotions conveyed in the paintings. “There is suffering, but apparently no fighting back. That is what I found so interesting.”

Visitors Caio and Estevão were both moved when they viewed the artwork. Estavão, with tears in his eyes, said, “I don't understand how man can be so cruel. I have no words, just a lot of anger and sadness.”

Denilson, a vendor, said he had heard about Falun Dafa before and was glad that the paintings were being exhibited at the Raposo Center. He said, “[The exhibition] tells about the suffering of the families and everything else...I thought it was very interesting.”

Falun Gong, also known as Falun Dafa, is a cultivation practice of the Buddha School based on Truthfulness, Compassion, and Forbearance (Zhen, Shan, Ren in Chinese). Since 1999, it has been brutally persecuted by the Chinese Communist Party; practitioners are systematically arrested, tortured, and even killed for refusing to renounce their faith.