11,821 Lingyuan Residents Sign Petitions Calling for Jiang Zemin to Be Brought to Justice

(Minghui.org) Falun Dafa practitioners from Lingyuan City have been mailing criminal complaint letters to China's Supreme People's Procuratorate and Supreme People's Court since May 2015, against Jiang Zemin, the former Chinese dictator who launched the persecution against Falun Gong.

To support the lawsuits, 11,821 people in Lingyuan have signed petition letters against Jiang (total as of June 2016). 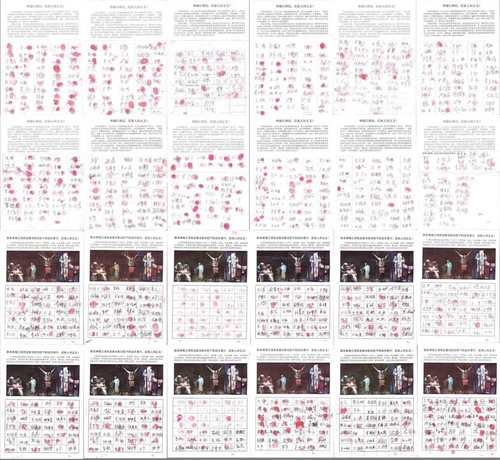 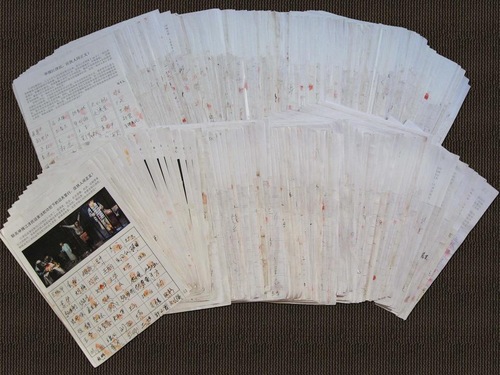 Photos of Petition Letters and Signatures

Damaging Effect of Persecution on China

As practitioners publicize in-depth information about the persecution, increasingly more people have realized the damaging effect of the persecution on the country, its people, the legal system, economy, and the moral fabric of society.

During the process of gathering signatures and encouraging people to renounce the Chinese Communist Party (CCP), practitioners often hear people shout “Falun Dafa is good” to show their support.

“I support the lawsuit 100%,” said a middle-aged man. “Jiang is truly depraved and corrupt. I'm signing the petition.”

“I don't trust the CCP,” said a vegetable vendor, “as they have done nothing good for the people!” He signed the petition, renounced the CCP, and encouraged two bystanders to do the same.

“I know Jiang is no good, and many people detest him,” said an elderly farmer when signing the petition. “He has inflicted so much pain on the Chinese people. We should sign the petition, report him to the state council, and let the top leaders know that the people despise him.”

“I'm signing the petition to sue Jiang,” said another elderly man. “He has done nothing good for our country, and should have been brought to justice a long time ago.”

Shortly before the 2015 Chinese New Year, several practitioners were handing out flyers at the market. The word “blessings” was written boldly on the front of the flyer. The practitioners encouraged many people to sign the petition and renounce the CCP.

A Show of Support

Several practitioners went to a market in a rural area to collect signatures and to encourage people to quit the CCP.

After listening to practitioners talk about Falun Dafa and the persecution, people no longer hesitated to sign the petition and quit the CCP and its affiliated organizations. They passed the petition letters from one another to sign their names and mark their fingerprints. (Affixing a fingerprint is a usual way of authenticating one’s signature in China.)

People in the crowd were heard shouting, “Falun Dafa is good!” One also heard people shouting that they wanted to sign the petition, mark their fingerprints, or to obtain amulets and good luck pendants. This went on for a while, and it was a touching scene.

“Master Is Right by My Side, Encouraging Me to Be More Diligent”