(Minghui.org) At Lake Titi in Germany’s Black Forest on July 2, 2016, Falun Gong practitioners introduced the meditation practice and told the public about the brutal persecution of Falun Gong in China by the communist regime. They also collected signatures to protest the persecution. 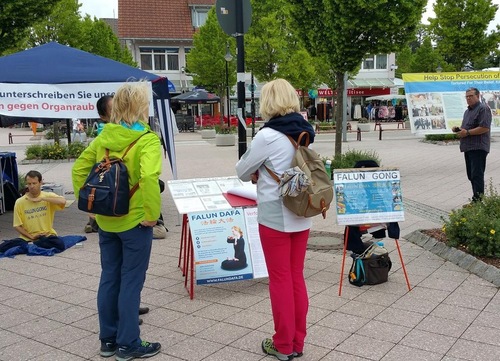 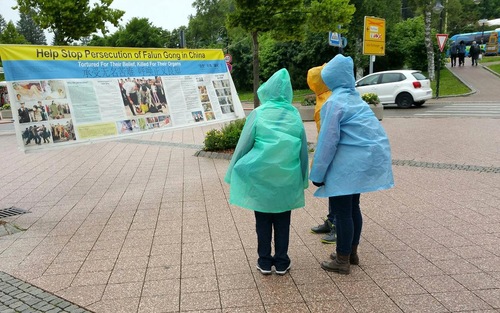 Tourists read poster boards about Falun Gong and the persecution in China. 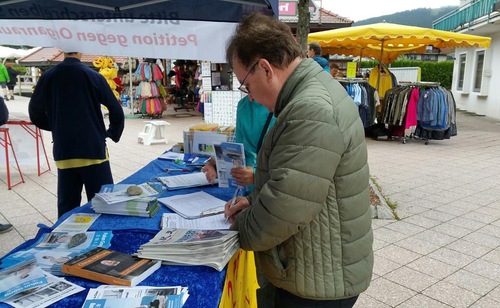 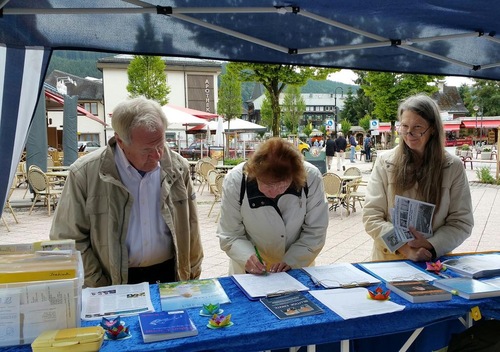 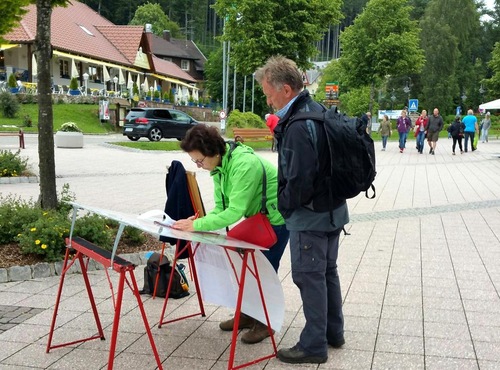 People sign a petition calling to end the Chinese regime's harvesting of organs from living practitioners imprisoned for their beliefs.

Pogoda, who used to live in previous East Germany, said, “We know well the crimes done by the communist regime. I understand what you do today. Facing such evil, you have to protest.”

Gliger, a tourist from Germany, said, “I work in the medical profession. I've heard of organ trafficking. It also happens in other countries.” A practitioner explained to her that the organ trafficking in China is state-sponsored and carried out on living people by the military, police, judicial system, and prisons. Gliger said right away, “This atrocity has to be stopped!” She signed the petition condemning the persecution in China.

Martin from Luxembourg said she learned about live organ harvesting from watching a program on 3SAT TV of Germany. She said, “This program should be broadcast repeatedly to let people know the information. Many still don't know. To get high quality organs, they kill living people.” A practitioner told her that most victims were Falun Gong practitioners. She said, “What you do is meaningful. I believe many people in Luxembourg agree with me.”

Visitors from many countries visit Lake Titi, though it is often cold and rainy. It is one of the must-see destinations for Chinese tour groups. Many tourists read the Falun Gong posters and listen to practitioners explain the persecution in China.

One tourist shouted, “Jiang Zemin should be arrested and put on trial!” referring to the former Chinese Communist Party leader who initiated the persecution of Falun Gong.

An exchange student told a practitioner that Wikipedia and Facebook were blocked in China, and that she saw dairy farmers protesting by driving tractors down the street, but such protests would be absolutely prohibited in China.

Upon hearing about practitioners being killed for their organs, a tourist commented, “It's hard to believe!” Another man said, “The Communist Party can do anything. You just don't know.”