(Minghui.org) An additional 4,929 residents in Chaoyang City have signed petitions to support the prosecution of former Chinese leader Jiang Zemin since May 5, 2016, when the tally for such signature drives was last taken.

These residents are joining Falun Gong practitioners in calling for Jiang to be held accountable for initiating the persecution of Falun Gong 17 years ago. 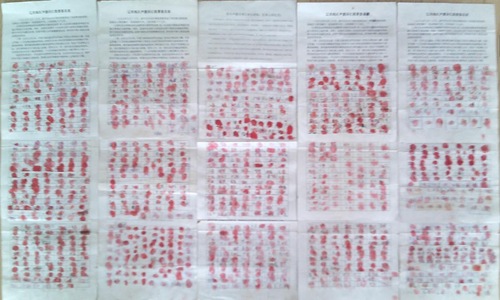 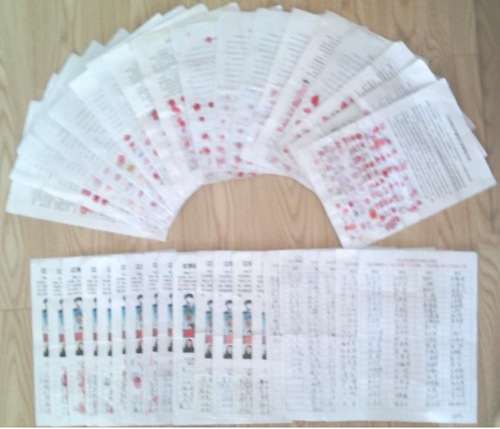 People in Chaoyang sign petitions with their fingerprints to show their support for the criminal complaints being brought against Jiang Zemin, who ordered the persecution of Falun Gong.

One Falun Gong practitioner’s brother is a college professor. He supported his sister in filing criminal complaints against Jiang: “I like your legal complaint because it lists evidence and facts to prove the illegal acts that Jiang has done. People should be given the right to follow their faith. I support you. The Chinese have been fooled by the Communist Party government.”

A retired college administrator told his student, “I support you. I hope Jiang will be brought to court soon. You’re a great person with integrity, so if you practice Falun Gong, I believe Falun Gong must be beneficial to people. An instructor in our college also practices Falun Gong. Like you, he is a very good person, too.”

After learning about Falun Gong and the persecution, a person commented, “I’ve met many Falun Gong practitioners, and they’re all very kind. Jiang manipulated his power to persecute the group of good people. Many practitioners have been illegally persecuted, tortured to death, or even killed for their organs. Jiang will be brought to trial for sure.”