(Minghui.org) The U.S. House of Representatives unanimously passed Resolution 343 on the evening of June 13, 2016. The resolution calls on China's communist regime to immediately stop forced organ harvesting from Falun Gong practitioners and other prisoners of conscience.

The resolution also calls for an immediate end to the persecution of Falun Gong, which has continued for 17 years. It further calls for the release of all incarcerated Falun Gong practitioners and other prisoners of conscience, and for a credible, transparent, and independent investigation into China’s organ transplantation system.

Members of Congress Condemn the Persecution of Falun Gong in China 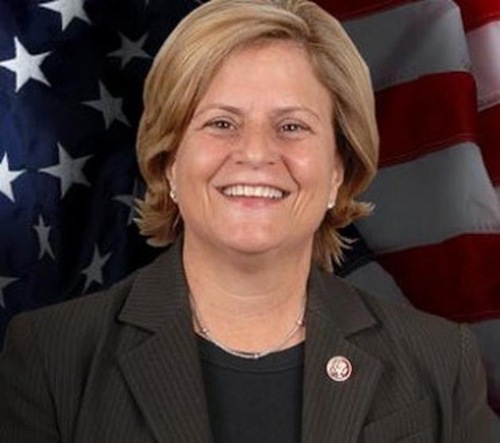 Initiator of the resolution: Congresswoman Ileana Ros-Lehtinen from Florida

Republican Representative Ileana Ros-Lehtinen, who authored the measure, said in a press statement this week, “China has been perpetuating perhaps some of the most gruesome and egregious human rights violations against the Falun Gong and other prisoners of conscience, yet has hardly faced any criticism, let alone sanctions, for these abuses.

“The regime’s ghoulish and inhumane practice of robbing individuals of their freedom, throwing them in labor camps or prisons, and then executing them and harvesting their organs for transplants is way beyond the pale of comprehension and must be opposed universally and ended unconditionally.”

She said in her floor speech before the vote on Monday, “By passing this resolution, we can send a message to the Chinese regime that we condemn this continued practice of persecution of Falun Gong practitioners, and this sickening practice must stop, especially harvesting organs from non-consenting individuals.” 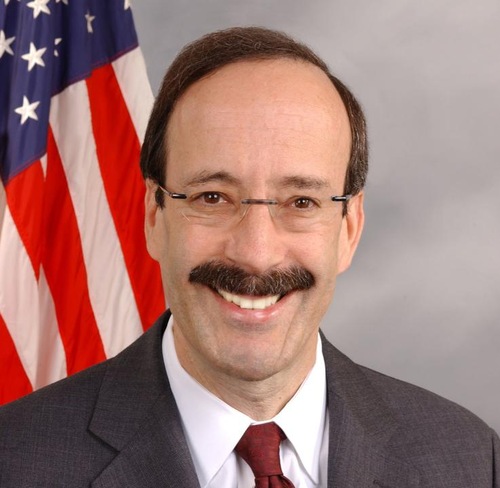 
“What’s particularly unsettling is that this practice allegedly targets prisoners of conscience, including practitioners of Falun Gong and other religious and ethnic minorities,” said New York Congressman Eliot Engel regarding the practice of organ trafficking in China. He said in his floor speech that H.Res. 343 is a very important piece of legislation.

“Non-consensual organ harvesting under any circumstance represents a gross violation of human rights. But these allegations are particularly egregious: authorities at Chinese prisons targeting prisoners because of their religious beliefs and then making a profit by trafficking these victims’ organs. I cannot think of hardly anything that’s more disgusting than that.”

Congressman Engel called the accounts of organ harvesting, “gruesome and shocking,” and called for further investigations.

Congressman Chris Smith: Persecution of Falun Gong “One of the Great Horrors” 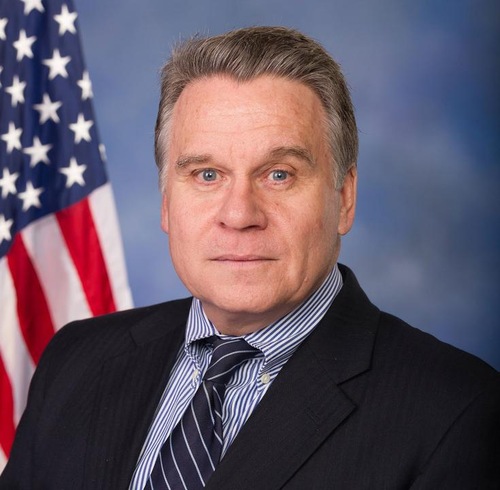 Congressman Chris Smith from New Jersey said in his speech, “This legislation is an important step in bringing accountability and transparency to maybe the great crime of the 21st century.”

“The evidence is quickly mounting of the horrific crimes committed against Falun Gong practitioners, including this terrible practice of organ harvesting,” he said.

He continued, “Shockingly, researchers David Kilgour, David Matas and Ethan Gutmann conducted detailed investigations, and estimated that between 45,000 to 65,000 Falun Gong practitioners were killed for their organs which then were sold for profit.”

Congressman Smith said he strongly believes that the communist regime's campaign to eradicate Falun Gong in China over the past 17 years will be seen as “one of the great horrors.”

The following is the full text of the resolution:

RESOLUTIONExpressing concern regarding persistent and credible reports of systematic, state-sanctioned organ harvesting from non-consenting prisoners of conscience in the People’s Republic of China, including from large numbers of Falun Gong practitioners and members of other religious and ethnic minority groups.

Whereas when performed in accordance with ethical standards, the medical discipline of organ transplantation is one of the great achievements of modern medicine;

Whereas Chinese authorities reported in 2011 that the majority of organs used for transplantation in China were procured from executed prisoners;

Whereas the United States Department of State Country Report on Human Rights for China for 2013 stated, “Advocacy groups continued to report instances of organ harvesting from prisoners”;

Whereas rates of voluntary organ donation in China remain severely depressed and are insufficient to account for the volume of organ transplant procedures performed;

Whereas in many detention facilities and labor camps, Falun Gong prisoners of conscience comprise the majority of the population, and have been said to receive the longest sentences and the worst treatment;

Whereas former Falun Gong prisoners of conscience have reported receiving targeted medical exams in detention designed to assess the health of their organs, which other prisoner groups were generally not subjected to;

Whereas in 2006, Canadian researchers David Matas, human rights attorney, and David Kilgour, former Canadian Secretary of State for Asia-Pacific, conducted an independent investigation into allegations of organ harvesting from Falun Gong prisoners in China, and concluded that Falun Gong prisoners were the only plausible source for 41,500 organ transplants performed from 2000 to 2005;

Whereas their report found that agents of the Chinese state have conducted “large-scale organ seizures from unwilling Falun Gong practitioners”, whose vital organs “were seized involuntarily for sale at high prices, sometimes to foreigners, who normally face long waits for voluntary donations of such organs in their home countries”;

Whereas Matas and Kilgour have implicated state and party entities in illicit organ harvesting, including domestic security services and military hospitals;

Whereas researcher and journalist Ethan Gutmann estimates that approximately 65,000 Falun Gong adherents may have been killed for their organs from 2000 to 2008, and that a number of other religious and ethnic minorities may also have been targeted;

Whereas Gutmann published findings that Chinese security agencies began harvesting organs from members of the predominantly Muslim Uyghur ethnic minority group in the 1990s, including from Uyghur political prisoners;

Resolved, That the House of Representatives—

(3) demands an immediate end to the 16-year persecution of the Falun Gong spiritual practice by the Government of the People’s Republic of China and the Communist Party of China, and the immediate release of all Falun Gong practitioners and other prisoners of conscience;

(5) calls on the People’s Republic of China to allow a credible, transparent, and independent investigation into organ transplant abuses; and

(6) calls on the United States Department of State to conduct a more detailed analysis on state-sanctioned organ harvesting from non-consenting prisoners of conscience in the annual Human Rights Report, and report annually to Congress on the implementation of section 1182f of title 8, United States Code, barring provision of visas to Chinese and other nationals engaged in coerced organ or bodily tissue transplantation.