370 Citizens Petition for Release of Man Detained for His Faith

(Minghui.org) A total of 370 residents in Chengjiang Town of Meizhou City signed a petition letter calling for the release of a fellow citizen detained for his faith.

Mr. Zhu was arrested last December after filing a criminal complaint against former Chinese dictator Jiang Zemin. He accused Jiang of launching the persecution of Falun Gong that resulted in his repeated arrests in the past.

Mr. Zhu appeared in court on April 16 of this year, and his lawyer entered a not guilty plea for him. The lawyer pointed out that Mr. Zhu broke no law by seeking justice against Jiang for infringing upon his right to freedom of belief.

The judge adjourned the hearing without issuing a verdict. In the days that followed, Mr. Zhu’s supporters circulated a petition letter and collected 370 signatures. 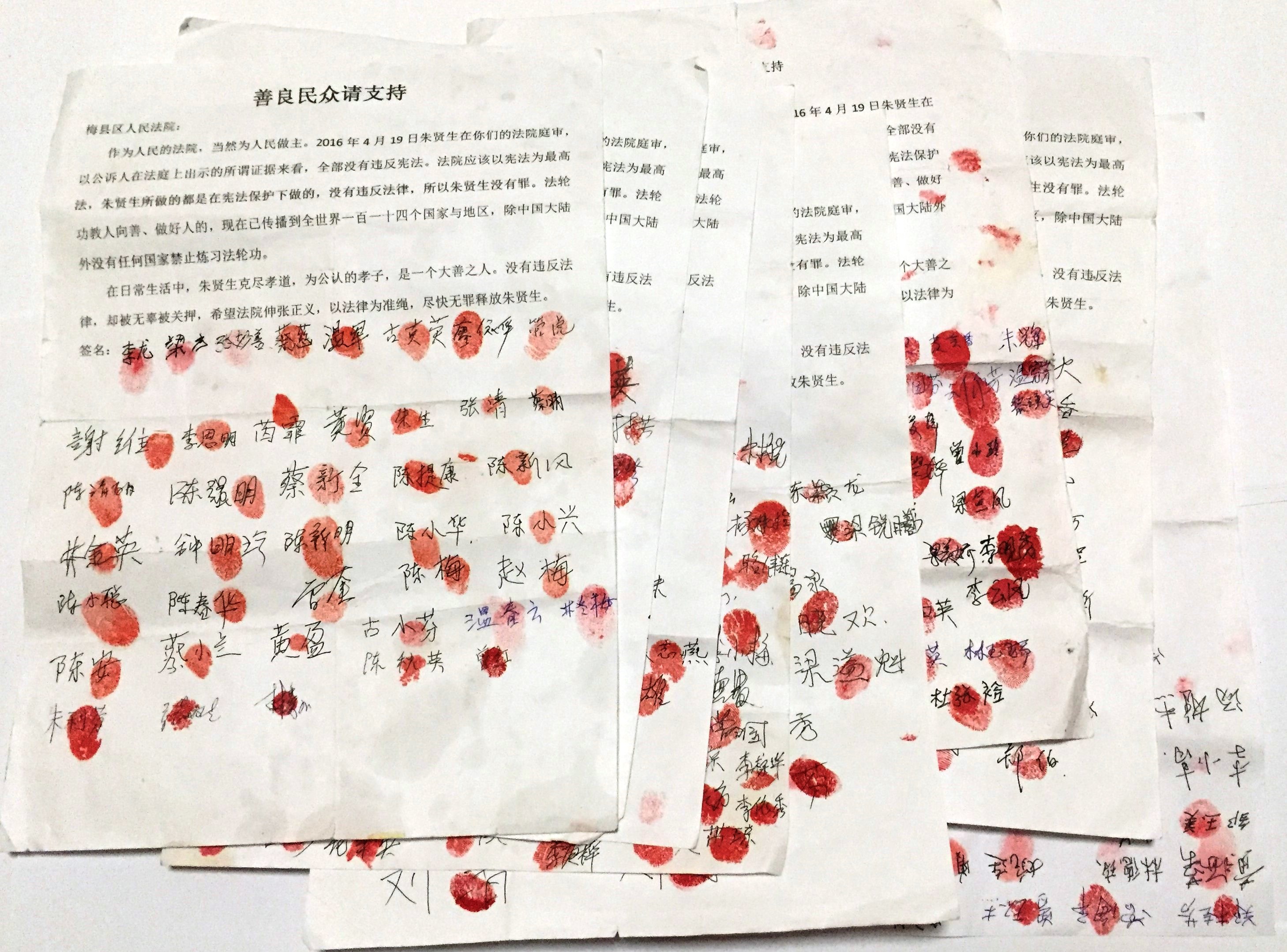 Signatures and fingerprints on the petition letter

The petition letter reads, “Mr. Zhu broke no law and caused no harm to society. His right to practice Falun Gong is protected by the Constitution. We urge the court to acquit him as soon as possible.”