(Minghui.org) Facing ongoing persecution by the communist regime, Falun Gong practitioners in China often hang up banners and slogans in public, telling people about Falun Gong and exposing the illegal detention, abuse, and torture of practitioners by the authorities.

All of the photos in this report were taken on May 9 in the streets, parks, and farmer's market in Fushun, Liaoning province. 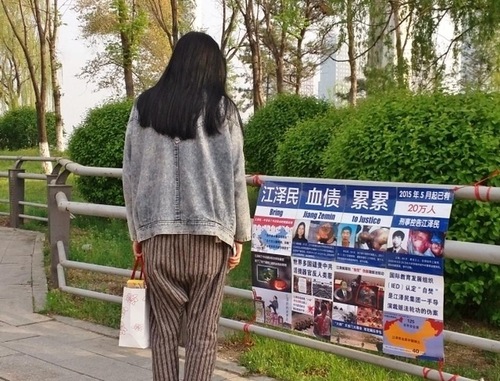 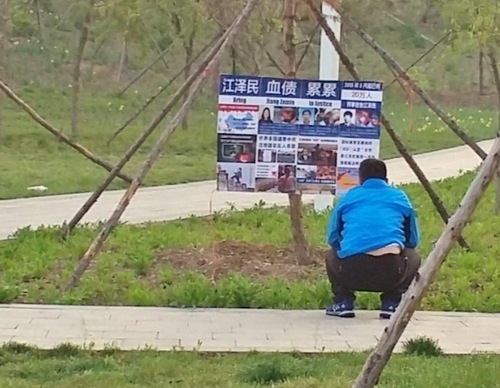 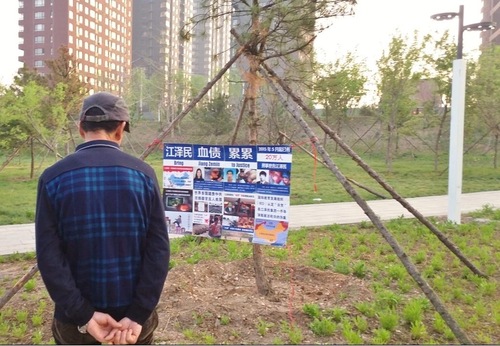 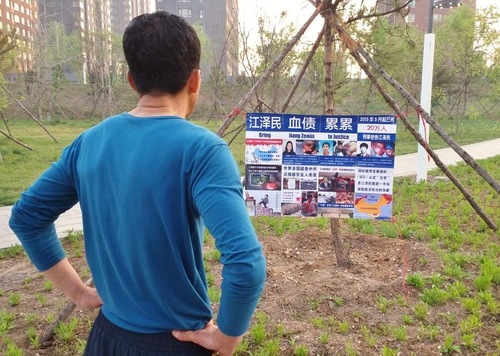 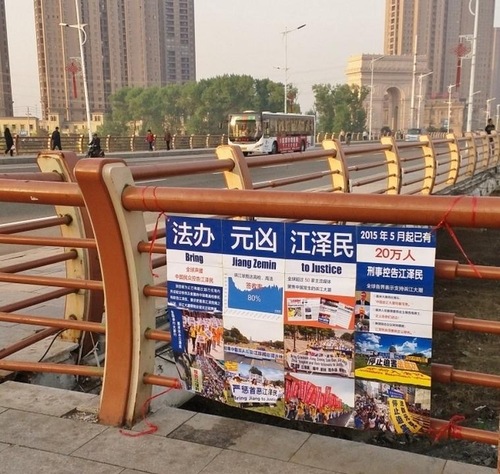 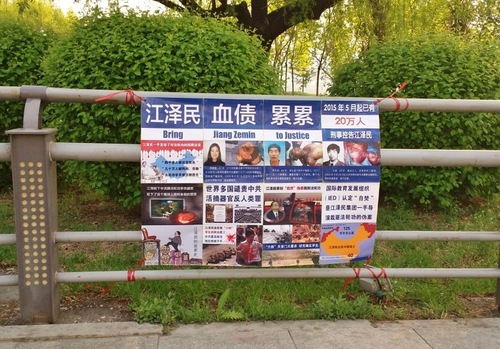 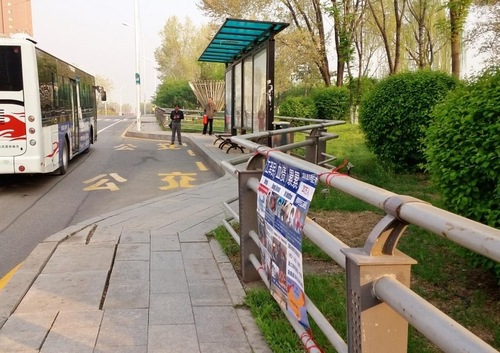 Posters describe the criminal complaints filed against Jiang Zemin, former head of the Chinese Communist Party, who launched and directed the persecution of Falun Gong. 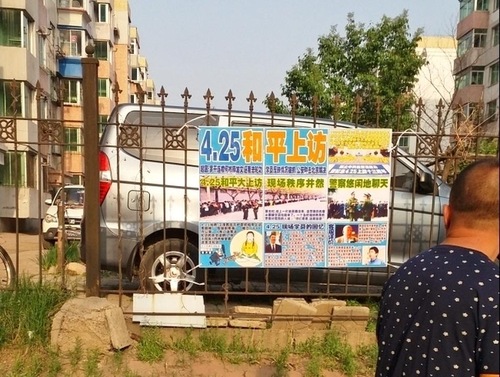 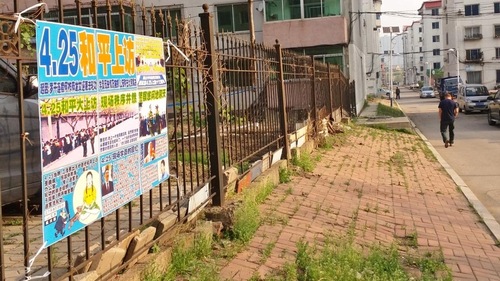 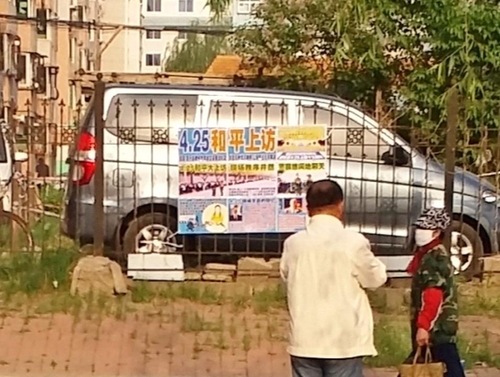 These posters tell the public about the peaceful protest by Falun Gong practitioners on April 25, 1999. 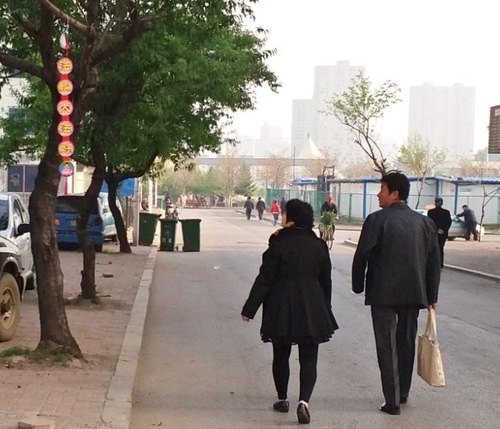 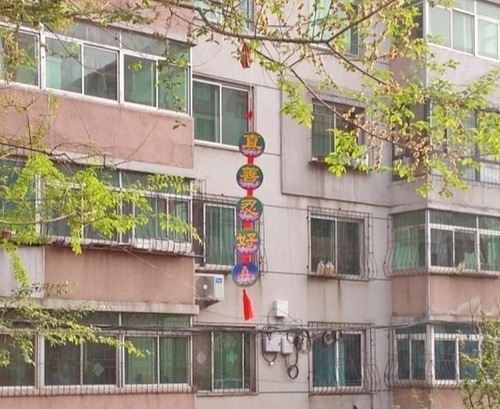 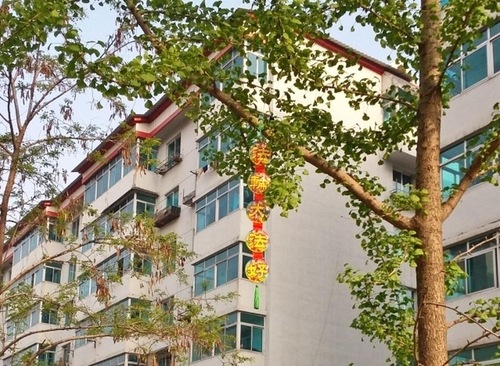 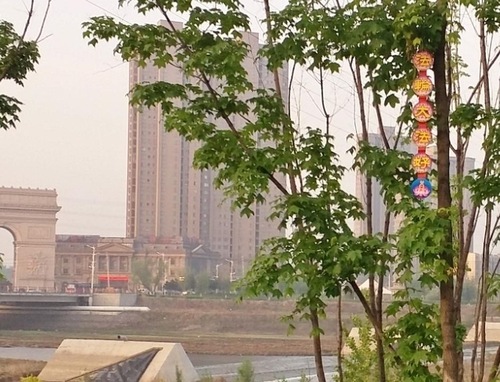 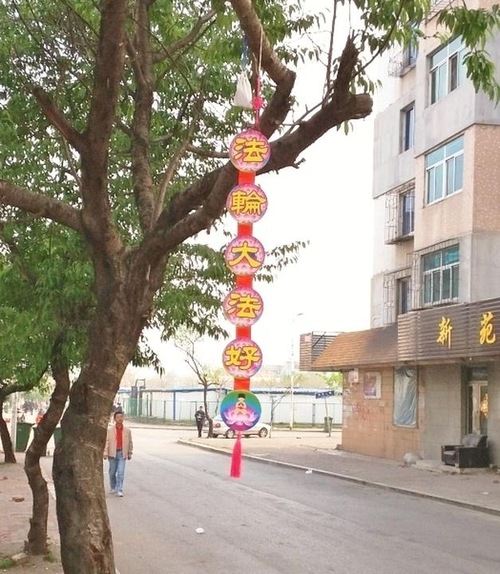 The banners read “Falun Dafa is good” and “Truthfulness-Compassion-Forbearance is good.”