(Minghui.org) Between November 2015 and April 2016, 1095 people in Shengli Oil Field, Dongying, Shandong signed criminal reports against Jiang Zemin, the former head of the Chinese Communist Party (CCP) who initiated the brutal persecution of Falun Gong in 1999.

More than 200,000 Falun Gong practitioners and their family members have filed criminal complaints against Jiang with China's highest court and prosecution office since May 2015. Over one million people in countries worldwide have signed to show their support. 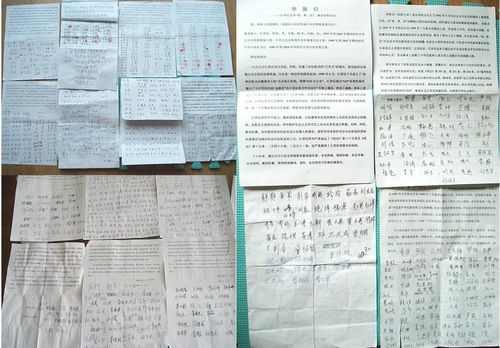 People from all walks of life are signing the petitions, from elders in their 80s to teenage students.

When a practitioner's neighbor heard of the criminal complaints against Jiang, he said, “I support it. Jiang has brutally persecuted Falun Gong practitioners.”

One shop owner said, “I support practitioners' efforts, whatever they do.” She immediately signed the petition.

A supermarket clerk said, “Jiang is disgusting. He shouted abusive language in front of several reporters in a press conference in Hong Kong. He embarrassed us and damaged China's reputation. I support the lawsuits against him!” A woman who was listening said, “I support the lawsuit too.”